Let's just chalk up these local cinema-going changes to the Roman god of beginnings and transitions, Janus, who provided the also the name and inspiration of the key distribution company Janus Films that created a canon of masterpieces every serious movie-lover simply couldn't miss.

San Francisco is losing the cherished and wonderfully alternative Rec Vic theater in the Haight. No more calendars with an eclectic program, stretching from an old Muppets flick to the Wim Wenders' classic "Wings of Desire", featuring the recently-deceased Peter Falk playing himself in a fable about angels in Berlin.

This sad news was reported at SFist.com in late May, and since the news broke, the collective that runs the mini-cinema have not announced a reprieve in the offing on their site:

The Red Vic Movie House will be holding their final screening this summer unless some generous patron of neighborhood theaters steps in to save the venerable Upper Haight institution. KQED reports that recent fundraising attempts and even the strong local film community haven't done enough to keep the theater from going under. As Claudia Lehan, one of operators of the theater, puts it: "We're hoping for a miracle. But it's not looking good... We need George Lucas or Pixar or somebody really big to step in and we haven’t found them yet." ...

(Soon to be gone with the wind. Credit: Stephanie Wright Hession.)
It was great while it lasted, and I'm going to miss the cushioned bench seats, organic concession stand, good movies with a grooving audience and the film aficionados who lovingly kept the theater alive for just over three decades. Hey, all past and current Red Vic workers and patrons, take a bow for a job well done showing films on the smallish screen lo these many years.

While we mark and mourn the pending demise of the Red Vic, let's also herald and celebrate the fabulous announcement this week from the San Francisco Film Society that they are entering into a collaboration with the Viz Cinema.

This up-to-the-minute venue gained a sizable cult following, including this cineaste, for their annual classic Japanese summer programming featuring rarely shown works by venerated such as Yasujiro Ozu and Kenji Mizoguchi. Where else could you catch the latter's small gem of a drama depicting young female prostitutes surviving hard times, "Sisters of the Gion", and see a newly struck print with improved sound quality? 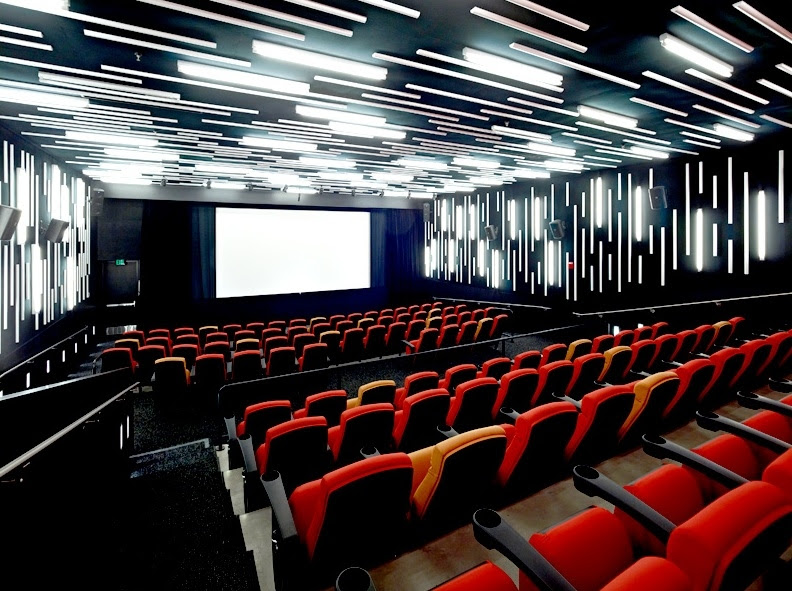 The San Francisco Film Society and New People today announced a historic signing that will enable the Film Society to offer its acclaimed exhibition, education and filmmaker services programs and events on a daily year-round basis for the first time in the organization’s storied 54-year history. Beginning in September, San Francisco Film Society and New People Cinema will open its doors in the supremely stylish state-of-the art 143-seat theater located in the ultra-contemporary New People building at 1746 Post (near Webster) in Japantown. ...

The Viz Cinema will now officially be known as the New People Cinema, which sounds utopian and socialistic, pluses around these parts for attracting a diverse crowd. Check out their summer schedule of works by Ozu, Akira Kurosawa and Shoshei Imamura, and a special screening of the director's cut of the German WWII submarine drama "Das Boot".

The film society for the past number of years has offered occasional one-week engagements in the smallest theater at the Sundance Kabuki Cinema. Films that otherwise would not have been screened in the city - "Carlos", "Silent Light", "Opera Jawa" - enjoyed limited runs at the Kabuki with some of the films moving over to the Roxie for a week or two.

I'm looking forward to the film society expanding such short-runs and expect the programmers will experiment with repertory series, and other yet-to-decided movie pleasures for hardcore cineastes and people with more mainstream tastes.

See you at the movies, and remember, no talking during the feature and step outside the auditorium to use your cell phone or electronic device.
Posted by Unknown at 10:18 AM
Email ThisBlogThis!Share to TwitterShare to FacebookShare to Pinterest