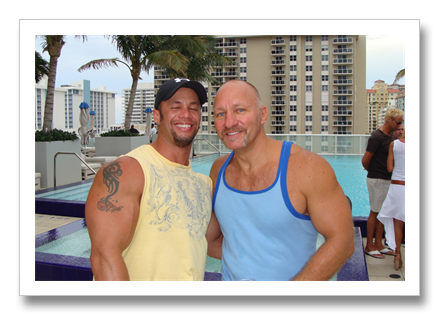 Okay, he's pleasing enough to my queer eye, but Rush is not nearly reason enough to keep this corrupt organization in business. Rush appears on the left and I don't know who is with him on the right. Just how many parties must this group hold before gays start demanding accountability and transparency?

The relevancy of GLAAD disappeared a long time ago, and the only entities who benefit from it anymore are corporations more interested in pursuing their profits, A-gay social climbers, red carpet manufacturers and all the caterers and party-planners who benefit from rubber chicken galas hosted by the group.

GLAAD, the Gay & Lesbian Alliance Against Defamation, held a pool party Saturday evening in at the W hotel in Fort Lauderdale, an official event of Stonewall Street Festival & Parade. Among the attendees: MSNBC news anchor Thomas Roberts, who with his partner, Patrick Abner, will be parade grand marshal Sunday night in Wilton Manors. 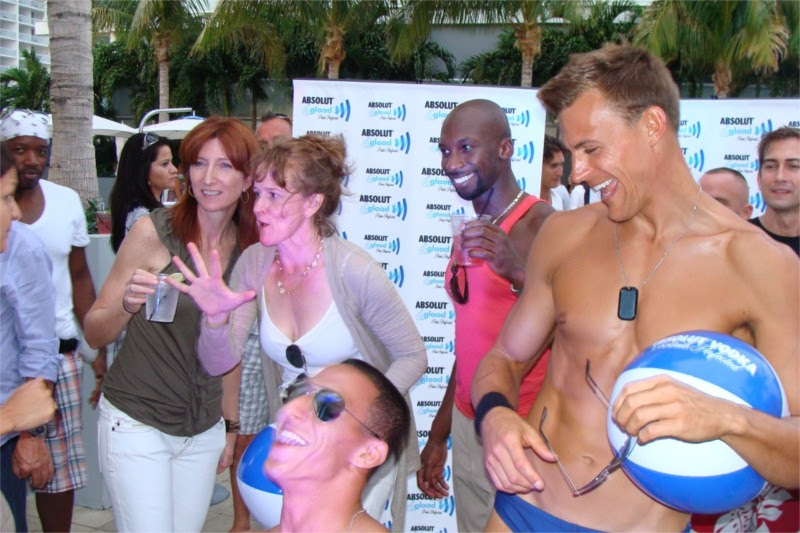 Click to enlarge and you'll clearly see the Absolut and GLAAD logos on the screen in the background, and also read the vodka company's name on the beach ball. GLAAD is little more than leech upon the community, selling its soul to the highest corporate bidders and the gays would do themselves a huge favor to just dismantle the group.

Posted by Unknown at 3:48 PM
Email ThisBlogThis!Share to TwitterShare to FacebookShare to Pinterest