Many are the approaches to assist ageing men and women living with HIV maintain wellness and even thrive, for the over 50 crowd which I'm proudly a part of and also amazed at the number of brothers in their 70s in this cohort.

With the onset of my latest health challenge of celluilitis and two antibiotics added to my cocktail for the week, I needed camaraderie with other people with AIDS. Btw, the cellulitis is much improved and diminished. Hope to be back at the Embarcadero Y on Monday. 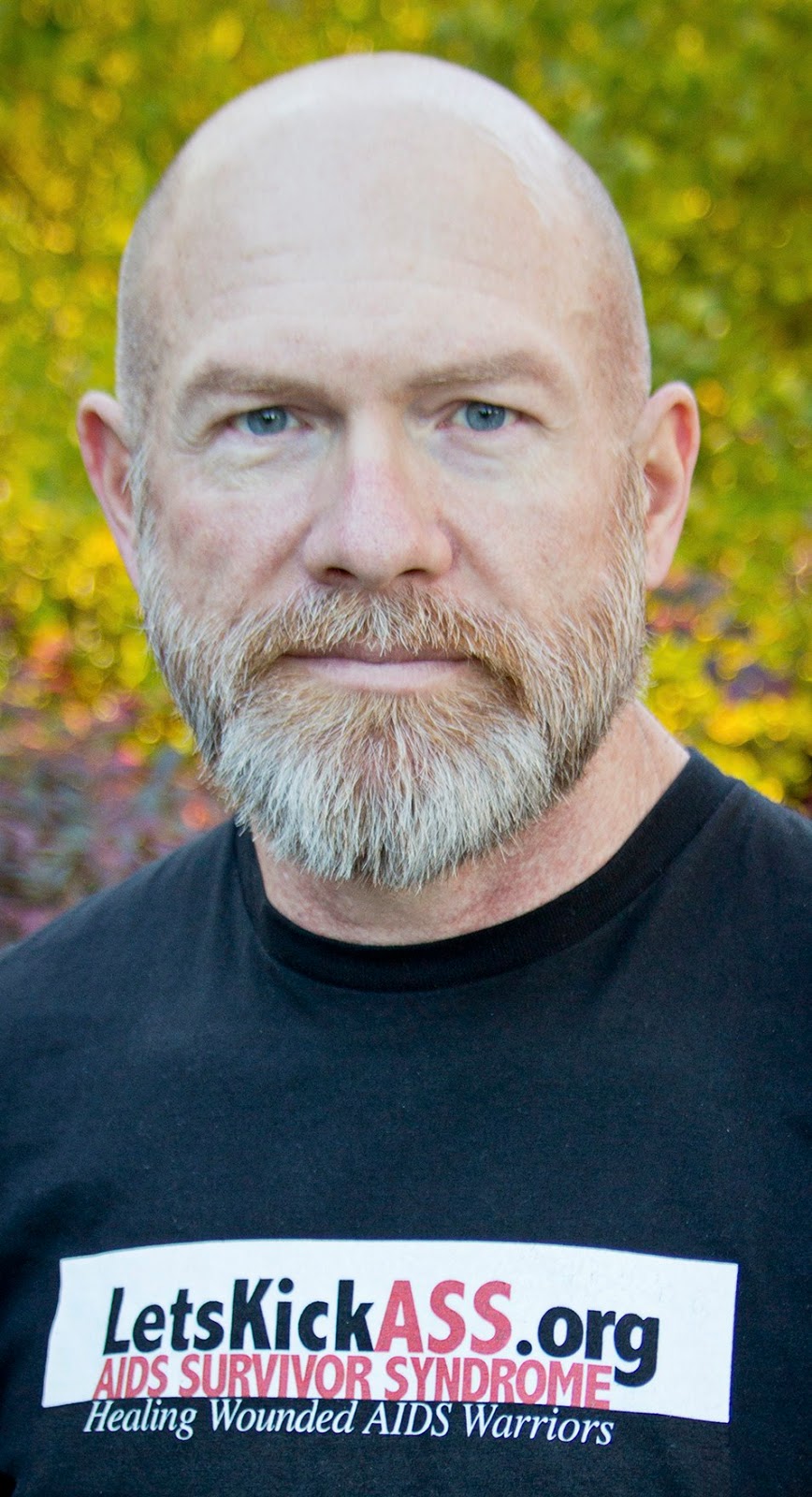 One group that was of no succor whatsoever was Tez Anderson's vanity charity known as Let's Kick ASS (AIDS Survivor Syndrome), either online or in real time off-line. He founded this group about two years ago, with the juvenile name (hardly suitable for a senior constituency), decided all members were suffering ASS and advocated for wounded warriors.

The LKA site is updated only by Tez, with practically every post about Tez, or a link to a story that features Tez, or a report on his travels to an AIDS junket in Palm Springs (how that benefits SF PWAs is unknown), and there's the tear-jerking PSA starring Tez who, of course, is the first face shown.

If that's not enough Tez for you, check out LKA's press room page where he shares a mix of old and new TV and print media of, well, Tez. He averages two posts a month. Not exactly much online engagement there.

Tez runs an office on 18th Street near Castro, and haven't a clue why it's needed, how much the rent is or who pays. LKA has a 501c3 tax exempt status but it's so new they haven't filed an IRS 990 yet. I made public info requests withe Ryan White CARE Council and SF Department of Public Health and neither has funded Tez's operation.

Except for a Saturday morning cafe chat (which I attended one of last year and witnessed The Tez Show live on a small scale but with his big ego dominating) and a weekly stretching class led by someone other than Tez (shocker!).

For May's listing of events, there's a single item. On May 1, Tez is going on a junket to an AIDS and ageing confab in Austin, Texas.

Tez held incredibly well-attended forums in 2013, harvested lots of names and emails, and met the needs of hundreds of gays of a certain age, poz and negative, and he established his bona fides as a superior control queen, with a following. More power to him if he's helping PWAs sharing so much of his ego with the world.

I took care of my camaraderie needs, not to mention also meeting a gay PWA older than I who had worse cellulitis and the bonding btwn us was very healing for me, by attending the 50 Plus group on Wednesday hosted by Vince Crisostomoo of the San Francisco AIDS Foundation. (Whoever thought I'd turn to them for assistance, after decades of criticism. lol.)

It was just what the Goddess ordered for me. About fifty guys around small tables, nibbling food and kibbitzing, a few friends among the beautiful faces and new acquaintances met. Lotta excellent ideas suggested for future chat topics or outings. Felt a vibe of "let's take care of our ageing asses" without a jargon-heavy overview or much of an agenda beyond getting enjoyable psycho/social support.

When I left the get-together, I was more educated and empowered and ready to attend again. Yes, I am blessed that services exist to benefit me and want to give a shout out to all among my AIDS support network pals who lessened my burdens to bear in the past ten days.
Posted by Unknown at 7:25 PM
Email ThisBlogThis!Share to TwitterShare to FacebookShare to Pinterest