At the November 2012 meeting of the Merchants of Upper Market Castro, a private organization, myself and other grassroots gay and trans activists were allowed to attend their invitation-only meeting. Present was now-former SFPD gay Castro cop Chuck Limbert in street clothes, serving as a security guard. When questioned if he was on duty, he said no. 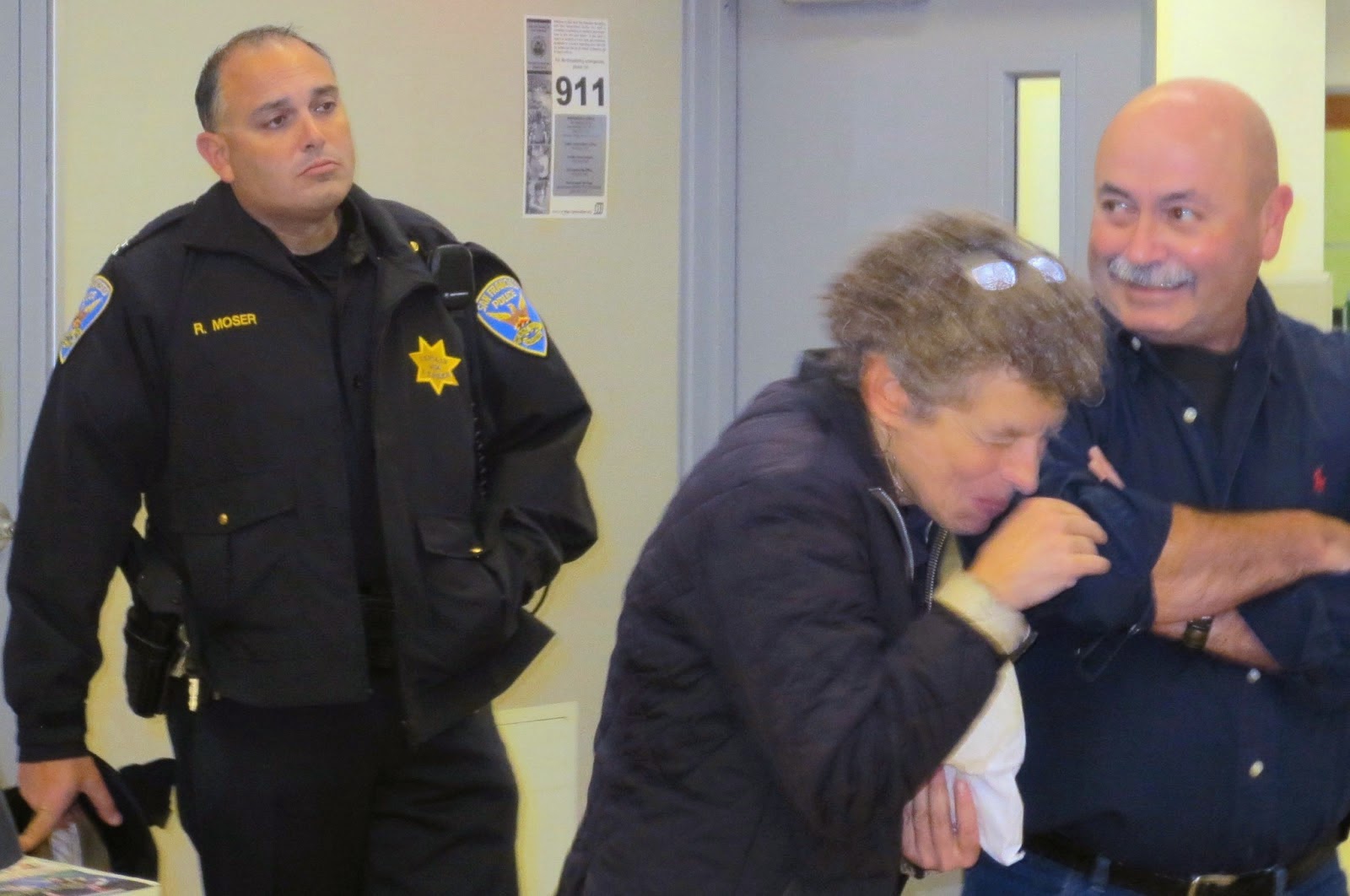 (Limbert, right, in undercover clothes, at the meeting that led to a complaint.)

I filed a complaint in March 2013 with the Office of Citizen Complaints alleging that Limbert, whom I have long viewed as corrupt, spoke falsely about being off-duty and eventually at mediation in front of five witnesses, Limbert admitted he'd lied. I blogged about it here.

Fast forward to February 2015 and Limbert has resigned from the department under a very dark cloud. Here's what Seth Hemmelgarn wrote on March 5th at the Bay Area Reporter blog:

"A gay longtime San Francisco cop who is well-known in the LGBT community has abruptly turned in his badge.
"Lieutenant Chuck Limbert retired Saturday, February 28, police Chief Greg Suhr confirmed to the Bay Area Reporter today (Thursday, March 5).
"It is not known if Limbert’s sudden departure from the force is related to accusations that he tried to prevent an investigation into allegations that another gay officer had embezzled thousands of dollars from the San Francisco Police Department’s Pride Alliance, an organization of LGBT officers.
"However, in a text exchange with the B.A.R., Limbert said, “My reputation based on lies has ruined my life’s work.” He added, “There is still an ongoing investigation. I seem to be the only one that remembers that. I loved my job! This embezzlement never happened under my time. Not one word about the old board. … I am hiring a lawyer.”"
Over at KTVU, reporter Heather Holmes had an almost five-minute story on Limbert and the allegations against him. Unfortunately, KTVU's embed code does not transfer into Blogger so click here to watch their long story.

Former SFPD chief George Gascon, who's now the district attorney, is considering charges in this LGBT police scandal but don't hold your breath waiting for him to indict Limbert.
Posted by Unknown at 1:52 PM
Email ThisBlogThis!Share to TwitterShare to FacebookShare to Pinterest