Castro's Warner Plaza to Be Cluttered With a News Rack?

Public space in San Francisco diminishes daily and I'm a longtime and strong believer in deleted a lot of the street furniture cluttering our sidewalks and other areas. As many readers know, I've insisted since August 2011 that the Castro gayborhood's news racks be removed and first called for City-wide consolidation in 2009. 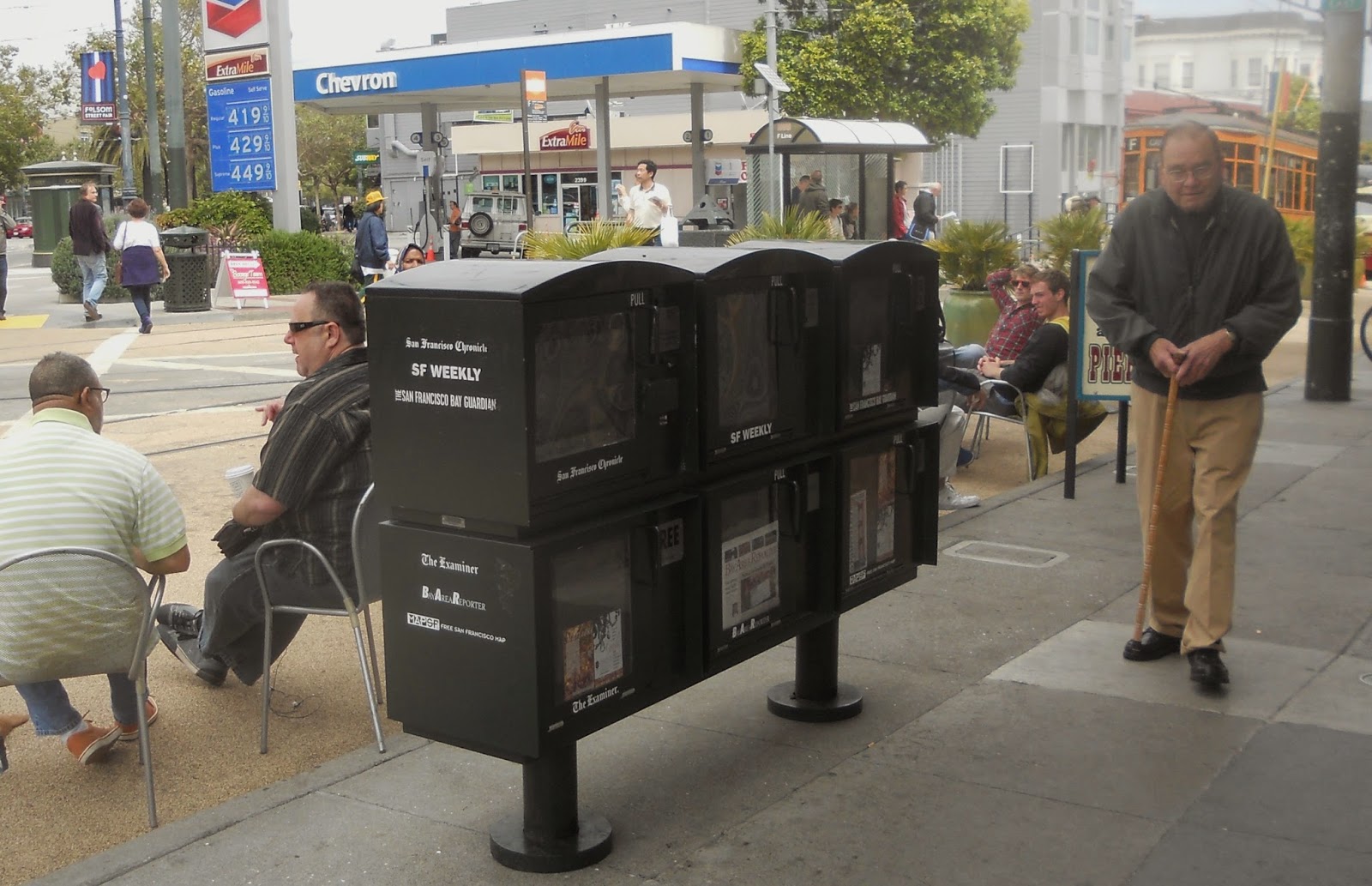 With the expansion of the Castro's sidewalks last year, the Department of Public Works had to remove the pedmount at 17th and Castro Street, abutting Jane Warner Plaza. It not only block the view of patrons of the historical landmark Twin Peaks bar, but was also a safety impediment for wheelchair users and pedestrians, so when it disappeared many were pleased.

But now DPW is about to reinstall that pedmount and one merchant, Steve Porter who's the general manager of Harvey's bar and restaurant, is pleading with Mohammed Nuru, the chief of DPW, to 17th and Castro Street pedmount free. Porter writes:

"On Friday March 6th I attended a neighborhood walk through with your staff, representatives from the publishing industry, and fellow merchants.  I’m happy to say that we were able to reach compromises that work for everyone with regard to the placement of most of the racks on Castro Street.  However the proposed location of the 6 pack box at the southeast corner of 17th and Castro is entirely unacceptable. "I’m sure you are well aware of all the arguments against this location so I won’t waste your time by reciting them again.  I want to go on record as joining the chorus of voices that are urging you to do the right thing and put the interests of our community first.  Allowing the publishers and Clear Channel to place a box anywhere on that corner will setback the efforts our community is making to provide a safer atmosphere in Jane Warner Plaza, will also restrict the flow of pedestrian traffic in an already congested area."

Joining the chorus is Andrea Aiello, the executive director of the Castro Benefit District, who sent this to Nuru:

"I am writing to put on record the Castro/Upper Market Community Benefit District's opposition to replacing the pedmount at 17th and Castro. As you are well aware, placing a pedmount in this location is the antithesis of all the (good planning by City forces) and the CBD are doing right now in Jane Warner Plaza to create a more open plaza; one which has no physical barriers to pedestrians entering the plaza. [...]

"When the CBD has events in the plaza, those [Twin Peaks] windows facing 17th st. have a great view of the entertainment. A pedmount in front of these windows is ugly and blocks the view. People don't go to Twin Peaks to have a drink and stare at the pedmount news rack. [...] Help keep the Jane Warner Plaza an interactive and positive environment and encourage visitors to the Castro."

"I was joined on the [March 6] walk by representatives from the News Rack Advisory Committee, publishing industry, community members, and Jana Lord of Clear Channel.

"We walked and reviewed all the locations that pedestals have been designated to be reinstalled and a majority are to be reinstalled at their original locations prior to the temporary removal during the streetscape construction.  I am evaluating the possibility of reinstalling the pedestals originally in front of Bank of America at alternate locations, agreed by all individuals present.

"The next steps are to obtain approval for any pedestals to be reinstalled at alternate locations.  Once we obtain the necessary approvals, we will provide installation photos to Clear Channel, who will then apply for permits." 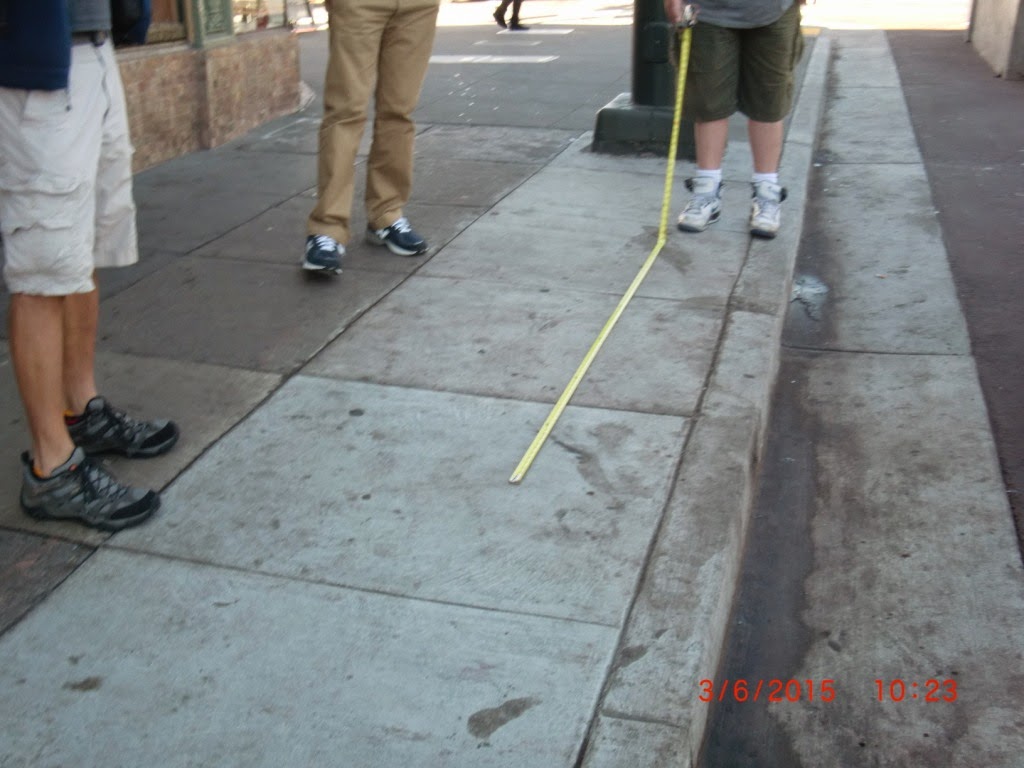 Hoe shared this photo of her crew measuring the location of where it's highly likely the news racks will be back on 17th Street.Does this mean we're about to permanently lose more of our precious public space in the gayborhood?

Posted by Unknown at 7:00 PM
Email ThisBlogThis!Share to TwitterShare to FacebookShare to Pinterest