This photographic series has been on hiatus for two weeks, and now I'm back to sharing images of various dudes attractive to my queer eye. Many thanks to all the guys for striking sexy poses and smiles for me! 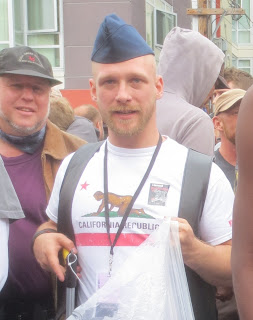 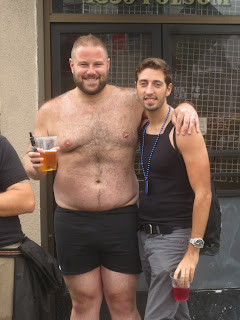 Two photos from last month's Dore Alley Fair. Top image is of a skinny blonde who seem to get too much pleasure picking up the plastic bottles and such, while the bottom image shows one of the cutest young chubs at the event on the left. His name is Charlie and he was giving out lots of great vibes and warm hugs. 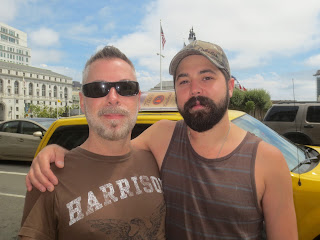 These fine furry faced fellas came to the Boycott Russian Vodka Facebook group's liquor dump at City Hall earlier this month. They held boycott signs during the action, but I wanted a photo of them without the propaganda, to better show off their adorable faces.

There sure seem to a lot of blonde skinnies crossing in front of my camera. 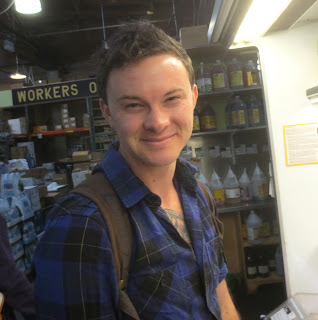 Cute young thing, Cyd, from the ACT UP/San Francisco chapter seen shopping at the dried fruit section of Rainbow Grocery recently. It was great to have a chat with him about local and global politics. 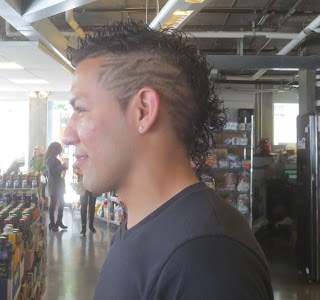 Is this the best Mohawk cut with styling you've ever seen on a young dude working at Harvest Market in SOMA?


Ah, all the handsome men and boys on the streets of San Francisco!

Posted by Unknown at 4:10 PM
Email ThisBlogThis!Share to TwitterShare to FacebookShare to Pinterest