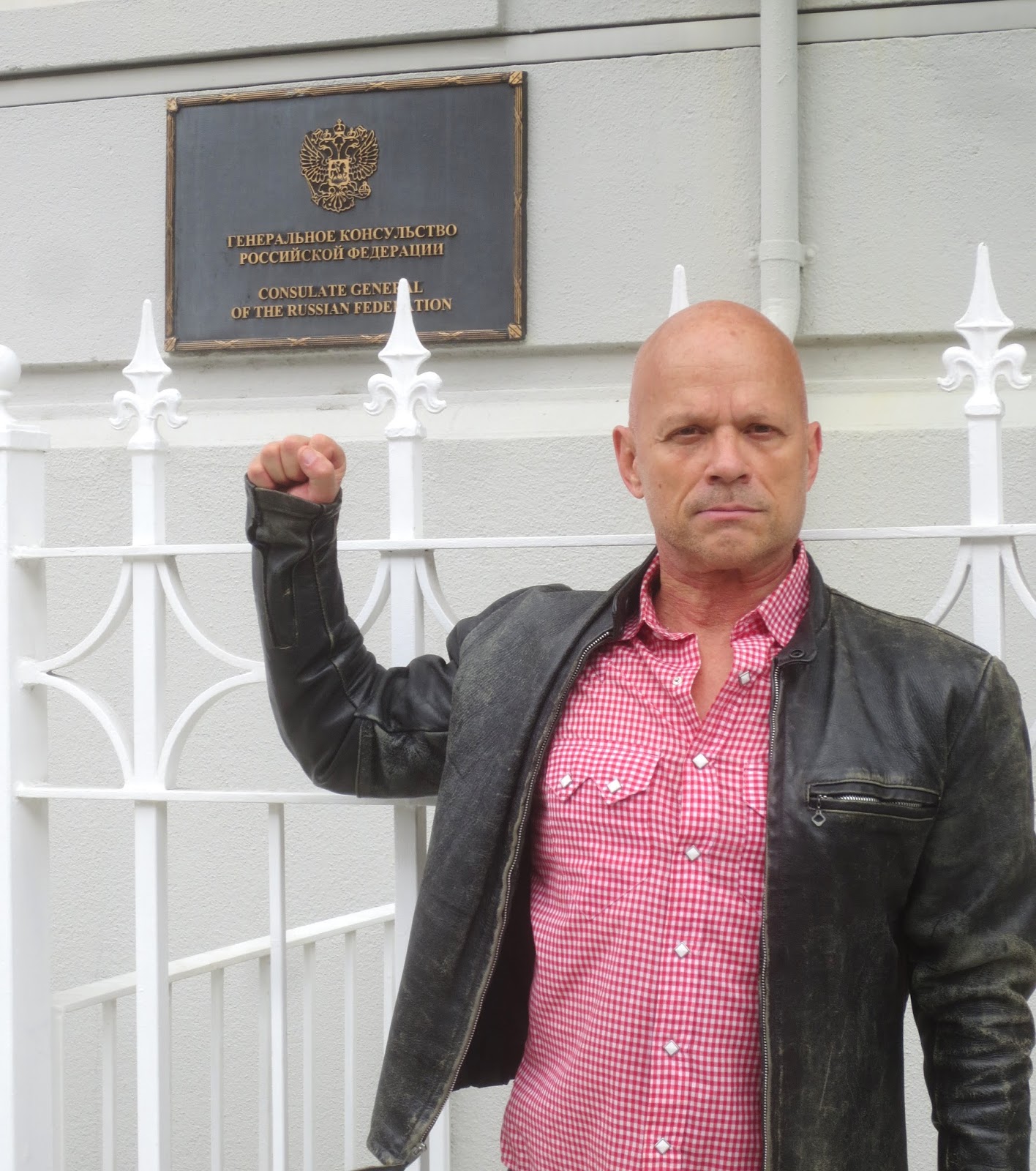 (Writer Kevin Sessums standing in front of the plaque at the consulate.) 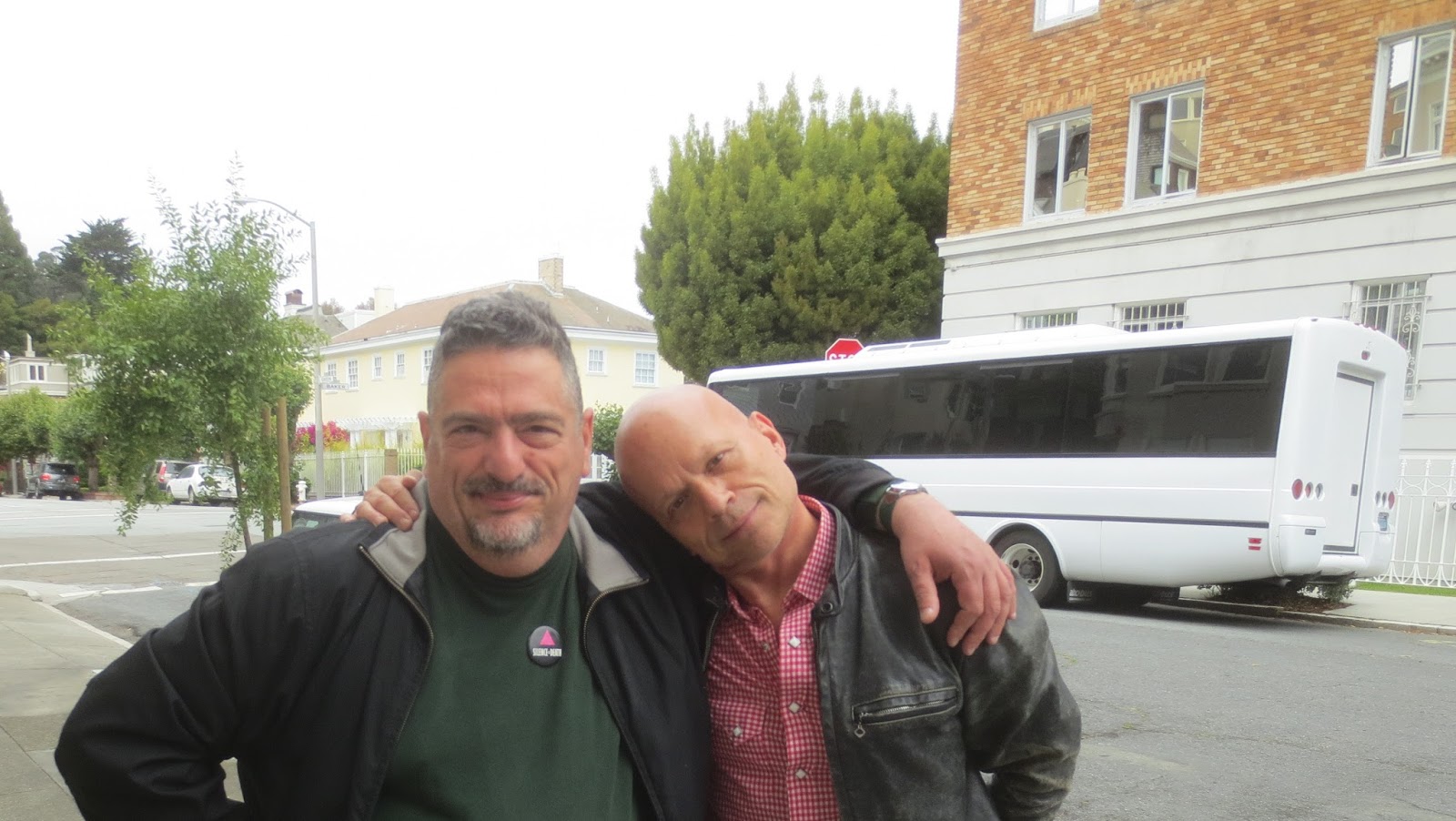 (After years of being in the same ACT UP circles back East, Kevin and I finally meet each other and got along famously. The consulate is the brown brick building to the right.)


(Community photographers Bill Wilson in rainbow jacket chatting with Rick Gerharter, and a muscle bear waiting for the action to start.)

(Crowd in front of the consulate. For a fuller account of what transpired, please read Patrick Connor's Twitter feed and look at his photos. He snapped this one.]

The protest today over anti-gay laws and escalating violence against homosexuals in Russia was disrupt at the start by an elected official, just as I was finishing my speech.

We gathered in front of the Russian Consulate a bit after noon, and I'd estimate at that point a solid fifty LGBT activists were present with rainbow flags and signs expressing disapproval of the laws and violence. It was great to see so many folks came out today to show solidarity with Russian gays.

But I abruptly ended my speech upon the arrival of the elected official, told the crowd because of a restraining order I had to leave and handed my bull horn to the man standing next to me. If anyone knows who took my bull horn home, please lemme know who has it so I can get back.

From my left, where the elected official stood, I heard someone yell out, "Michael, you don't have to leave!" as I walked off to the right to be in full compliance with the restraining order. Was it the elected official who said that? I don't know but I wasn't gonna hang around and find out.

Whoever yelled that out clearly does not understand that the elected official had the sheriff's and police department, along with the district attorney's office come after me with full forces that led to my arrest, an attempt to put $25,000 bail on my head and led to eight months of court appearances. It's estimated the City spend $26,000 going after me.

My legal hassles aside, I'm over San Francisco politicians who don't do a damn thing as elected officials at City Hall over the global LGBT hatred making the news these days and fail to hold public hearings about myriad incompetent matters with the SF Pride organization.

But get a community action organized and the elected officials show up, disrupt the community building and essentially co-opt the action.

Here are two radical ideas for the elected officials to consider. At least pass a resolution condemning the hatred and anti-gay laws in Russia, and allow activists to organize the raising of the Russian and rainbow flags together at the public flagpole at Harvey Milk Plaza for a day.

Flying both flags at that plaza in Gay Mecca would show tremendous solidarity with the beleaguered LGBT community in Russia, and would build on the terrific protest this afternoon at the consulate.
Posted by Unknown at 2:46 PM
Email ThisBlogThis!Share to TwitterShare to FacebookShare to Pinterest