The Bay Area Reporter's longtime writer Matthew Bajko in May 2012 suggested to Muni, via their public information officer Paul Rose, that electronic message boards on the sides and fronts of local buses display "Equality for All!" during Pride Month. Bajko succeeded in placing that political message on select Muni routes.

Following in his footsteps, I emailed Rose in mid July requesting that "Housing for All!" be the signage on Muni buses for August and September. That is what I want to be the theme of SF Pride 2014 and the process for deciding next year's theme is proposed and debated by Pride members, including myself, in August and a final determines the winner at the annual general meeting of Pride in September. 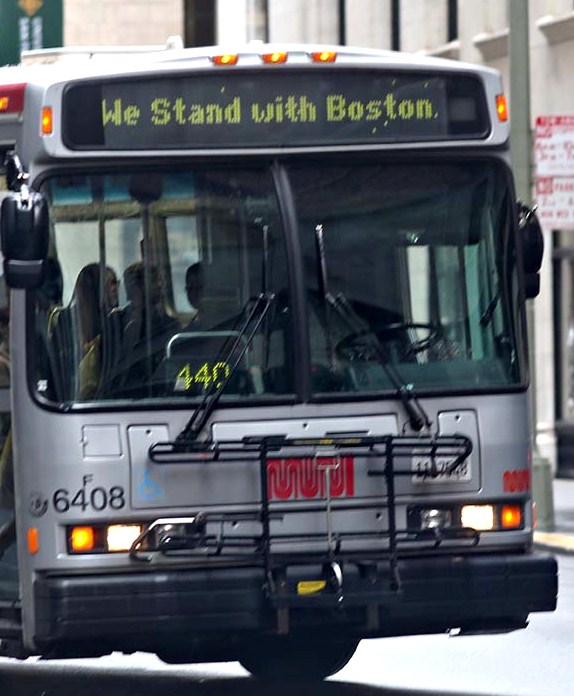 Mention was made of the signage "Go Giants!" and "Go 49ers!" for our local professional sports teams, and "We Stand With Boston" after the April bombing in Massachusetts, in my Muni request.

Rose was vague about who at Muni would consider my request, which included wanting to know the point-person's name and email, and the rules for requests to occupy the digital signage on our public buses:

After asking around, there is no written procedure and there is no single point of contact. I can be your contact going forward, if you like.

Oh, well then how the heck did Muni decide, and who approved, all the other political and home-team signage on taxpayer-funded buses? Rose said:

We have received various feedback about the use of the head signs. We are currently establishing guidelines around the use of these signs beyond the bus’ destination.

Conversations are taking place right now between various divisions and units within the MTA to explore this issue. As the conversation continues, I will be sure to include your request for consideration.

At this point I do not have an answer, but will let you know when something has been resolved in the very near future. 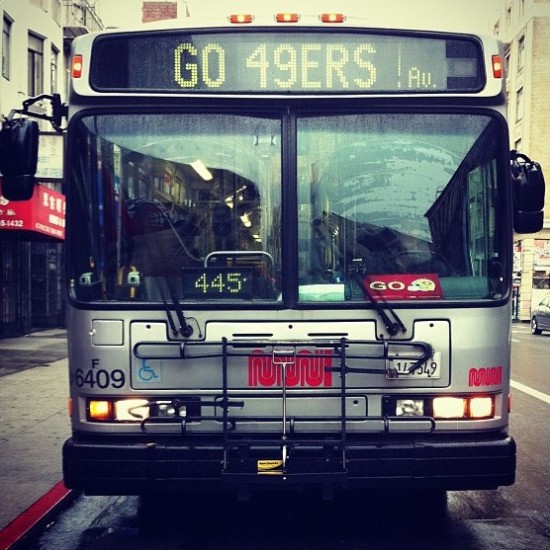 Feels like deja vu all over again. Remember my initiative, waged with other activists - Clinton Fein, Veronika Cauley, Bill Wilson, et al - to have equal access to the public flagpole at Harvey Milk Plaza? We came along wanting to use municipal property previously used without any written guidelines by MUMC and the leather/kink community, for global LGBT solidarity work, and all of a sudden that property is off-limits and rules must now be developed.

For unknown number of years, Muni has allowed sports teams with millions of dollars at their disposal for messaging and reaching fans to have access to digital bus displays, and certain political messages permitted from a reporter (we don't know who requested the solidarity with Boston message), and the process of determining who has can use the displays isn't on paper.

And my little request forces Muni to establish a procedure and conversations within the agency have commenced. Good civic advocacy over public property. 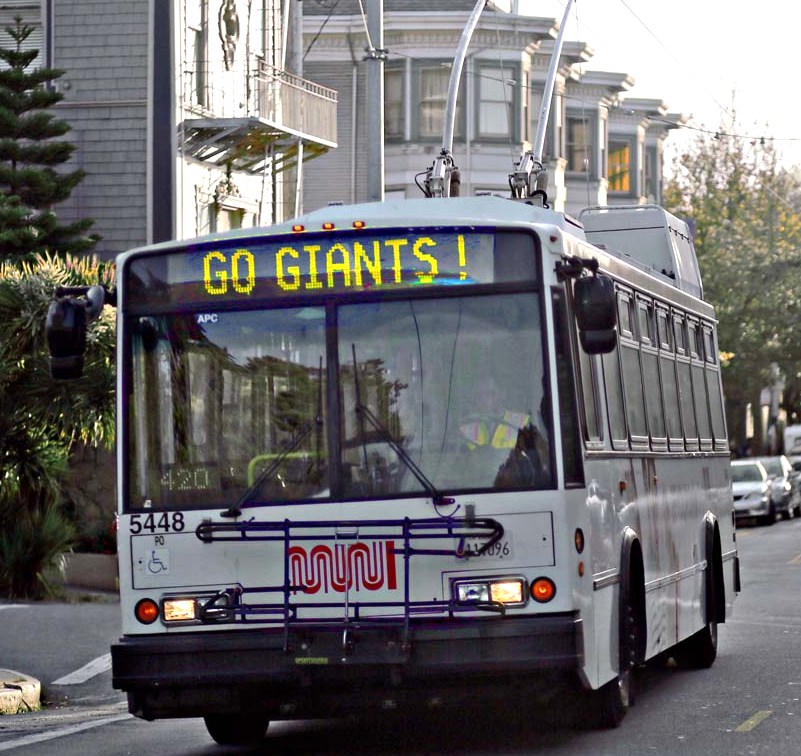 Muni is also now responding to my public records request for agency email communications with the requesters for "Go Giants!" and the Boston signage:

We are working on pulling any responsive documents for your Immediate Disclosure Request.

On behalf of the San Francisco Municipal Transportation Agency (SFMTA), this email responds to your request dated July 31, 2013. Please be advised we are hereby invoking an extension of an additional 14 calendar days from August 1, 2013, to respond to your request.

We will endeavor to respond to your request as soon as possible, but not later than this date.

Updates shared as new info and responses become available from Muni.
Posted by Unknown at 10:52 PM
Email ThisBlogThis!Share to TwitterShare to FacebookShare to Pinterest