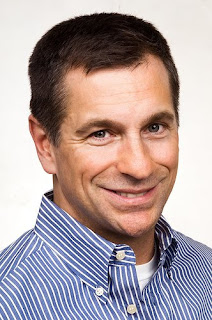 I've been ambivalent about supporting the former executive director of Gay/Lesbian/Straight Education Network [GLSEN], and longtime gay Democrat, Kevin Jennings, who serves Obama as a safe schools advocate for the Department of Education.

In October 2009, I wrote of my concerns that Jennings and Van Jones had been the targets of right wing campaigns to oust them from serving the president. Two months later, I asked if Jennings bought his position, based on several factors including FEC files showing his donations.

This April, the Bay Area Reporter editorialized on Jennings falling far short as a visible federal government advocate for gay students and youth, and his refusal to speak with the paper regarding his accomplishments, whatever they may be. Who can say if he's been effective at anything when he doesn't conduct any transparent business in his government, or talk regularly to the gay press, in extensive interviews?

Last week in Washington, Metro Weekly's writer Chris Geidner caught up with Jennings at a public speech he made to summer interns. What did he say about being muzzled?

''We're all here to serve the president's agenda. If I were president, there might be more progressive things going on than if the president was president, but the fact is I work for him.''

''Do I feel constrained? Absolutely,'' Jennings continued. ''Everybody who takes one of the jobs should feel constrained because we're not here to push our personal agenda; we're here to advance the president's agenda.''

Geider questioned him about pushing for two pieces of legislation, endorsed by his former org GLSEN, addressing bullying and gay students languishing in Congress. His reply:

''We can't endorse legislation on our own. The Education Department doesn't make the policy, the White House does. The [Domestic Policy Council] sets the policy; we implement it. That's how it works. So, if you want movement on this issue, you call the White House.''

Sounds to me like the former gay advocate pushing for change has been muzzled into being an Obama administration insider, one who takes no leadership role in the legislation, or much of anything public that might benefit gay kids.

What is the point of having gay liaisons or any sort of gay appointee on a politician's staff or in a government job that is tied to his gayness, and then becoming a promoter of the boss first and foremost?

I'm way over the likes of liaisons such as - Brian Bond, Richard Socarides, Vic Basile, Matt Nosanchuk, Jeff Crowley, and now Jennings – who claim to be serving the needs of ordinary gays. What happens is they make their boss look good, rather than serving the community they came from.

''I, as the leading proponent of stopping bullying in America, I was not going to allow myself to be bullied out of a job [...] 'I've been preaching for 25 years that bullying is not okay. There was no way I could then say, 'Okay, well, I'll let you bully me.'''

Sure queen, you haven't been bullied out of a job, but you've let yourself be bullied into silence.

Let's disabuse the naive among us gays who actually thinks a gay liaison gets a high-power position and is there to advance the gay agenda. Nothing would be lost if every liaison/appointee like Jennings were returned to the Gay Inc sector and forced out of government jobs.

The interns at Jennings' talk need to learn another lesson - gays make progress when risks are taken, not when we silence ourselves.
Posted by Unknown at 7:00 PM
Email ThisBlogThis!Share to TwitterShare to FacebookShare to Pinterest