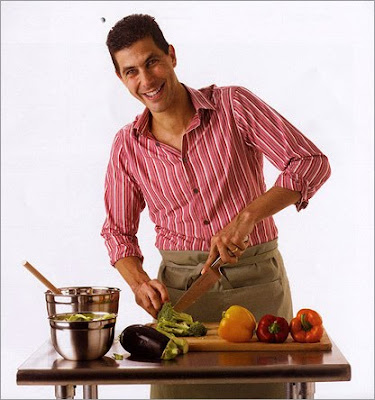 (A winner in the Boston Globe's Beautiful Lawyers contest of 2009, Jarrett Barrios. Reminds me of HRC's Joe Solmonese winning the 2010 Elegant Activist award from Washington Life. Will gay leaders ever get around to winning awards for effectiveness and productivity? Photo credit: Hornick/Rivlin Photography.)


Looking over recent IRS 990 filings from the Gay and Lesbian Alliance Against Defamation available at the GuideStar site yesterday, I noticed that the filings were signed off and finalized by the org in early August. When a non-profit org finalizes their IRS 990, they are then legally obligated to make the filing available for public inspection.

Instead of waiting for months while the IRS processed the latest GLAAD tax filing and being patient as the GuideStar folks obtained and posted it, I requested the FY 2009 filing, and leaders at the org shared it with me and other bloggers and gay reporters on a group list I created.

Unfortunately, GLAAD is not committed to full fiscal transparency to the community it serves, so the the latest IRS 990 is not available on their site. The org also refuses to share previous tax filings on the site and makes no reference nor links to the filings at GuideStar.

Over at the Bay Area Reporter's blog, reporter Matthew Bajko late in the day yesterday blogged about the release of the IRS filing and seven-figure decrease in revenue:

Today the gay media watchdog group GLAAD released its federal tax return for 2009 and revealed its executive director is being paid $225,000. It also reported a significant drop in revenues for last year, resulting in a loss of $1.5 million.

The agency, whose full name is the Gay and Lesbian Alliance Against Defamation, had refused until this afternoon (Tuesday, August 24) to reveal what it was paying its top executive since it hired Jarret T. Barrios last September. After the Bay Area Reporter wrote about the lack of transparency surrounding Barrios’ salary in April, the agency’s public relations director excoriated the paper for its coverage.

In an email containing the tax return filing sent to LGBT reporters and bloggers, prompted by an inquiry from San Francisco blogger and gay activist Michael Petrelis, GLAAD Director of Public Relations Rich Ferraro noted that Barrios dropped his own annual salary, with Board approval, to $225,000 in December. [...]

GLAAD would show great wisdom should they decide to end their practice of not sharing their tax returns on their site, but who associates wisdom with GLAAD? Let us give thanks for IRS statutes that force all charity orgs to share this fiscal info with the public.
Posted by Unknown at 9:27 AM
Email ThisBlogThis!Share to TwitterShare to FacebookShare to Pinterest