After visiting with my friend Isak in the Castro district this afternoon, I strolled past the tennis courts at Collingwood Park and noticed two beefy dudes chilling on a bench. I snapped a few photos of them, they noticed me and smiled, I yelled thanks and then shot a video. Thus begins my foray in this series into video.

Okay, so I don't know for sure if the sexy one on the left is Thai or if the larger blonde dude was raised on a Midwestern farm, but they're both solid guys. Only wish I had seen them playing with their balls and rackets. 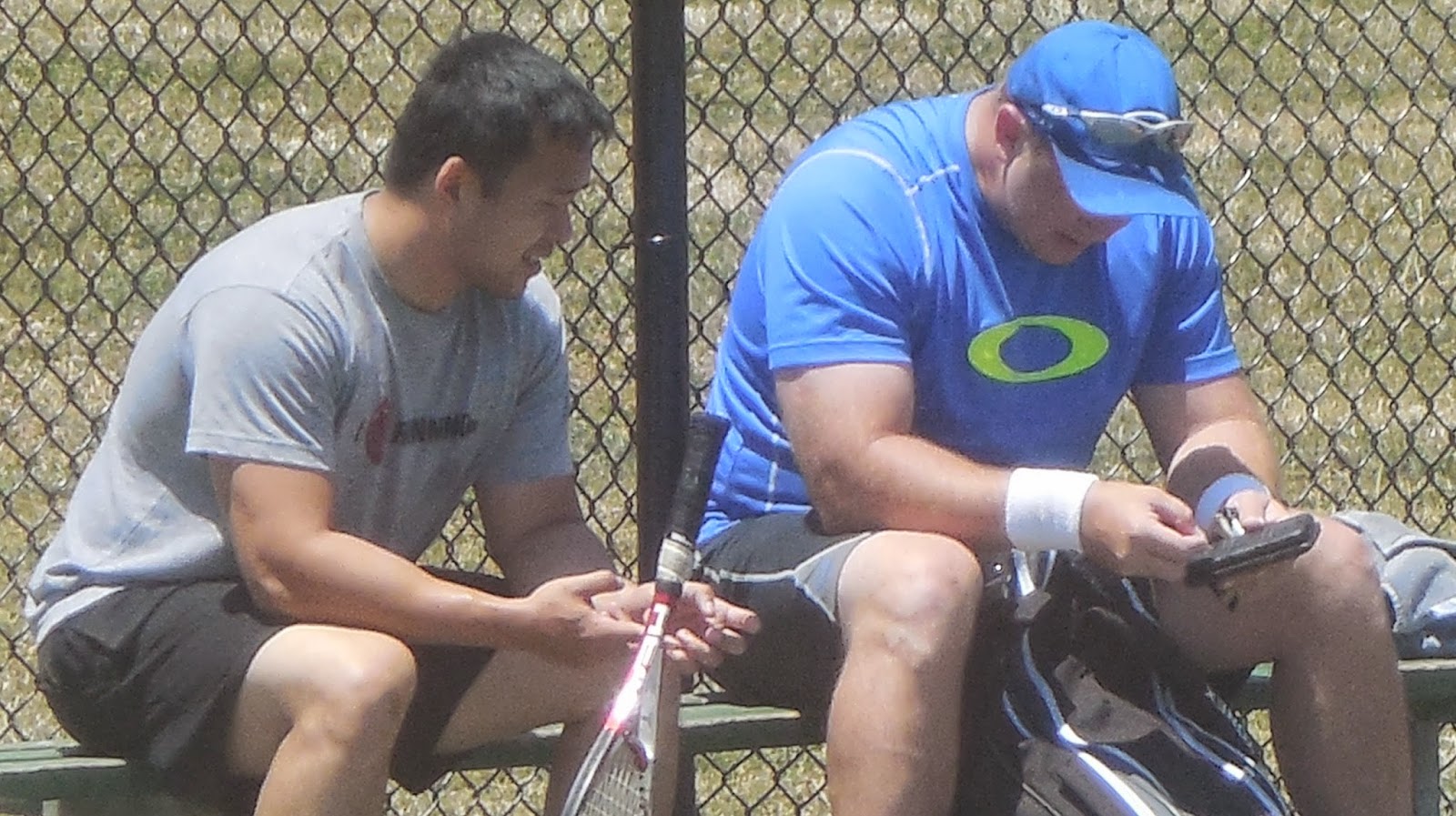 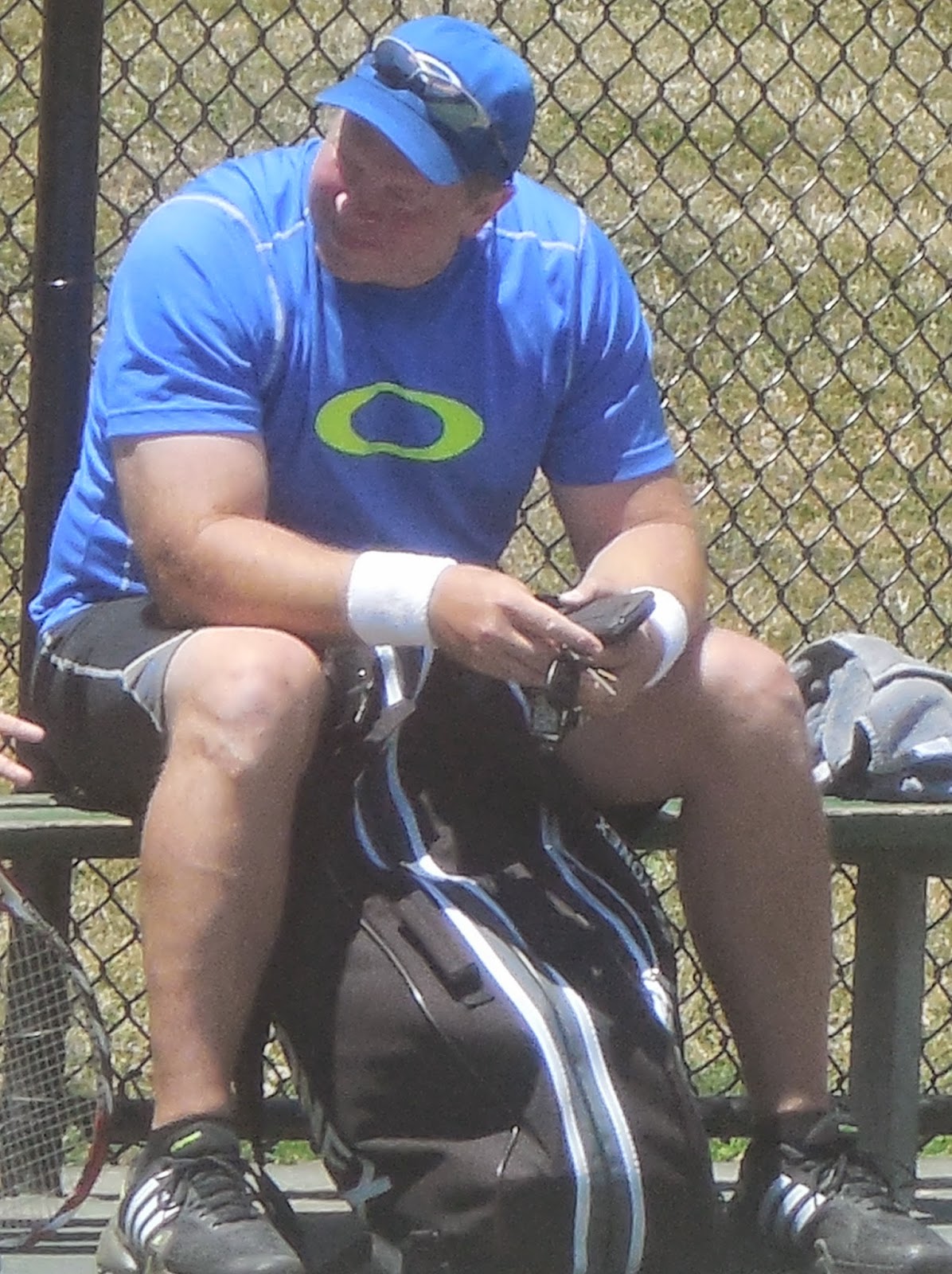 A few stills of them enjoying the sunny day in San Francisco. Wish I knew what the big green O stood for, orgasm perhaps? 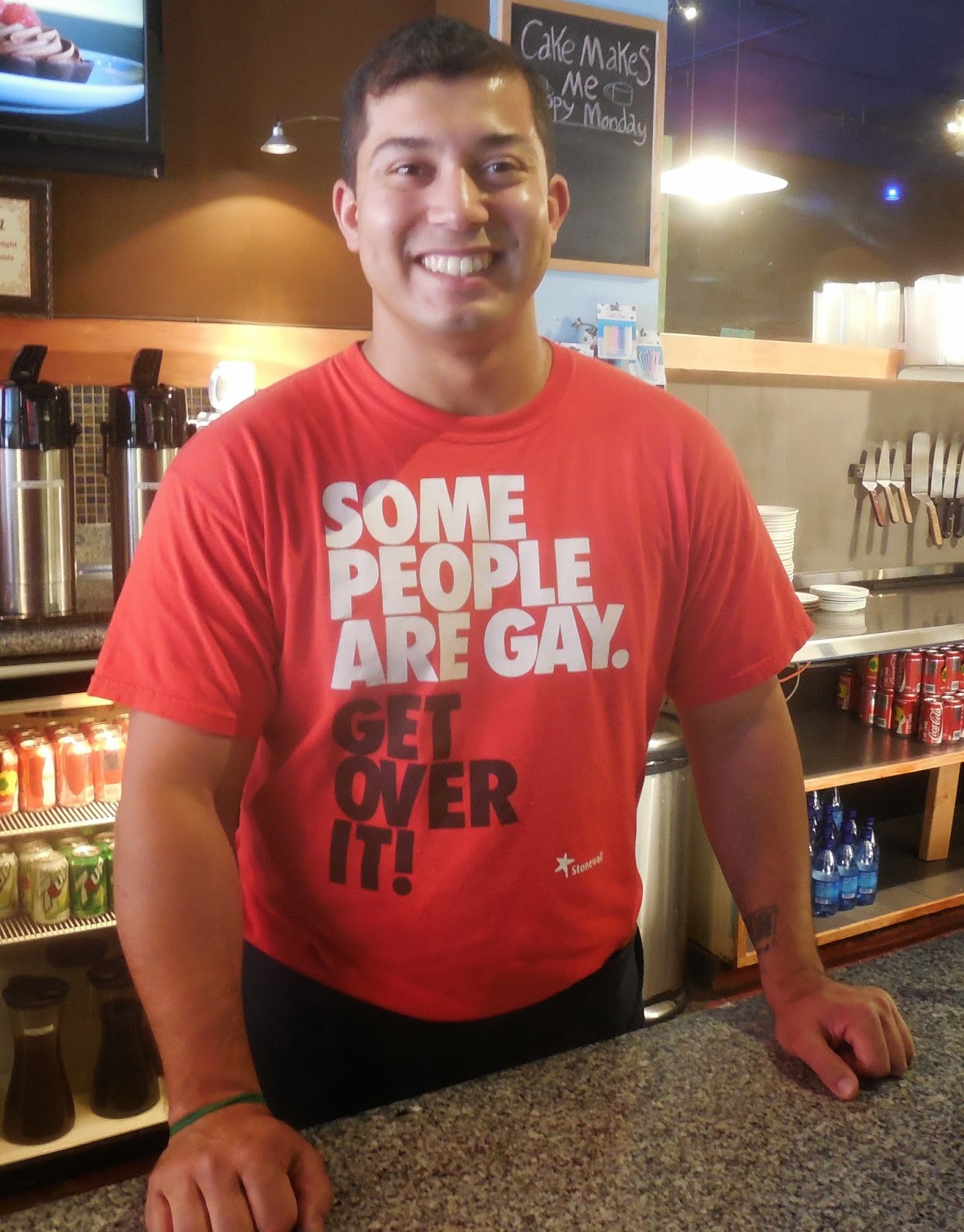 Say hello to Basilio, who I met at the ACT UP/New York meeting I attended back in October. He recently moved to San Francisco and now works at Sweet Inspirations Cafe and Bakery on Market Street. Welcome to town! 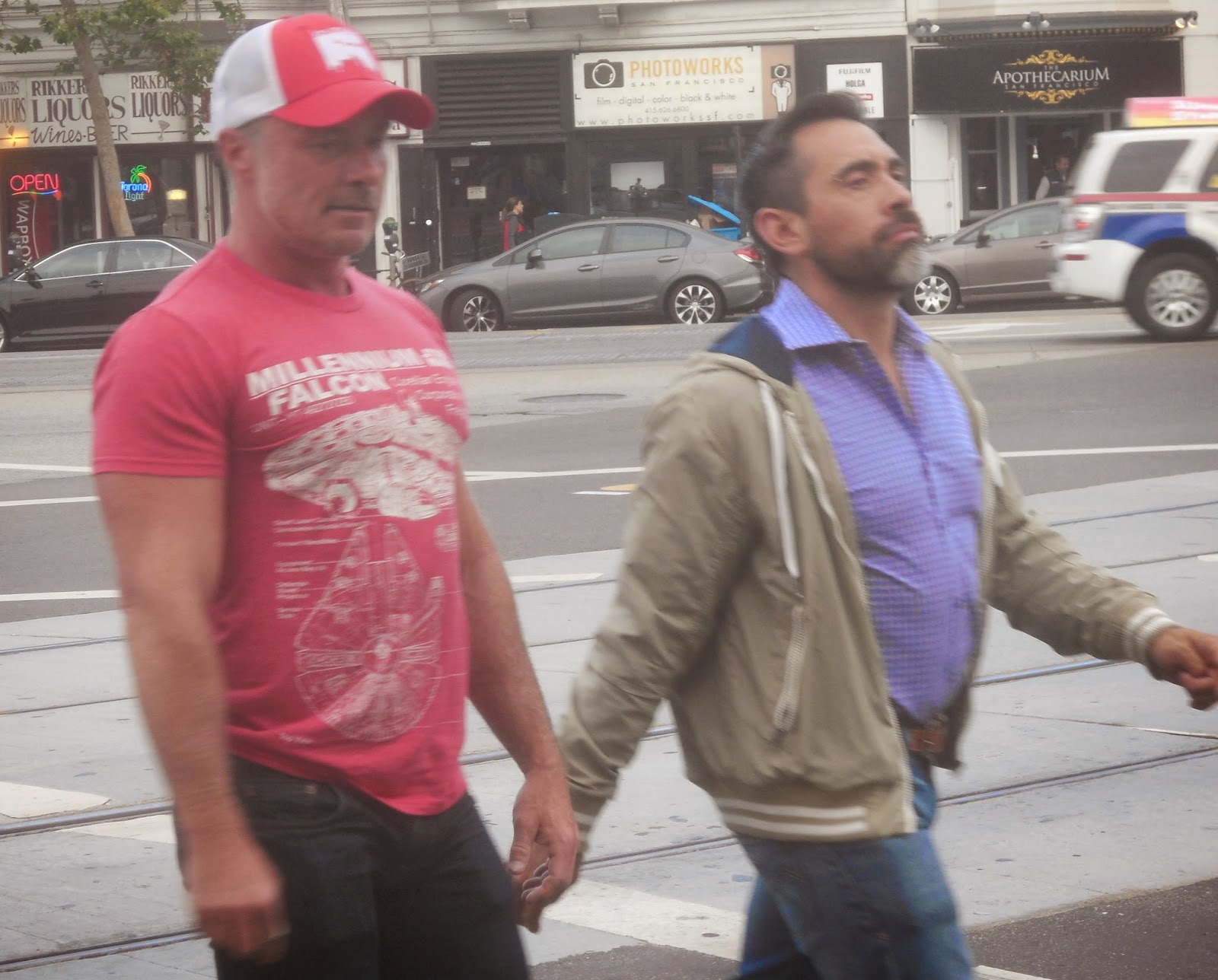 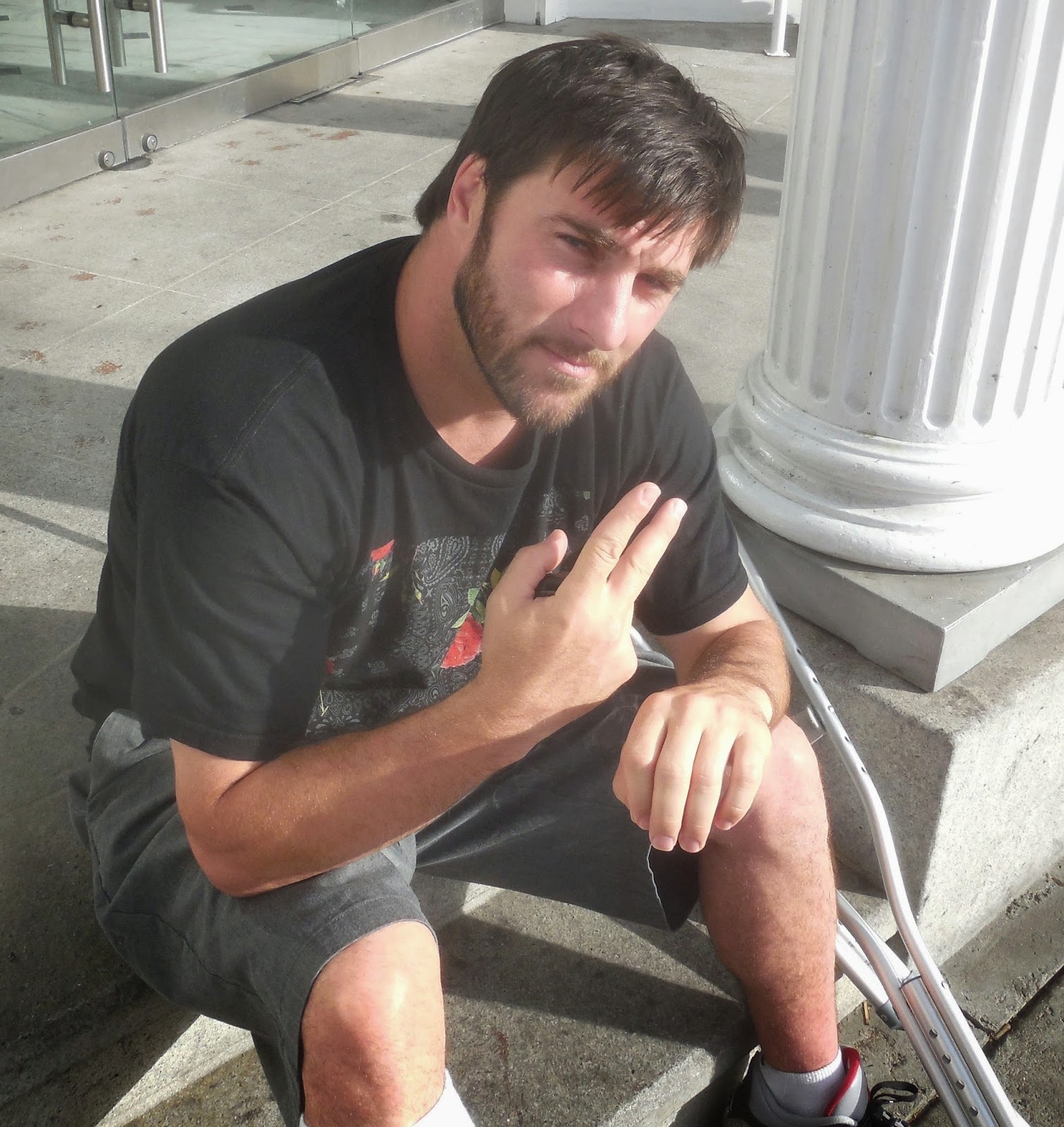 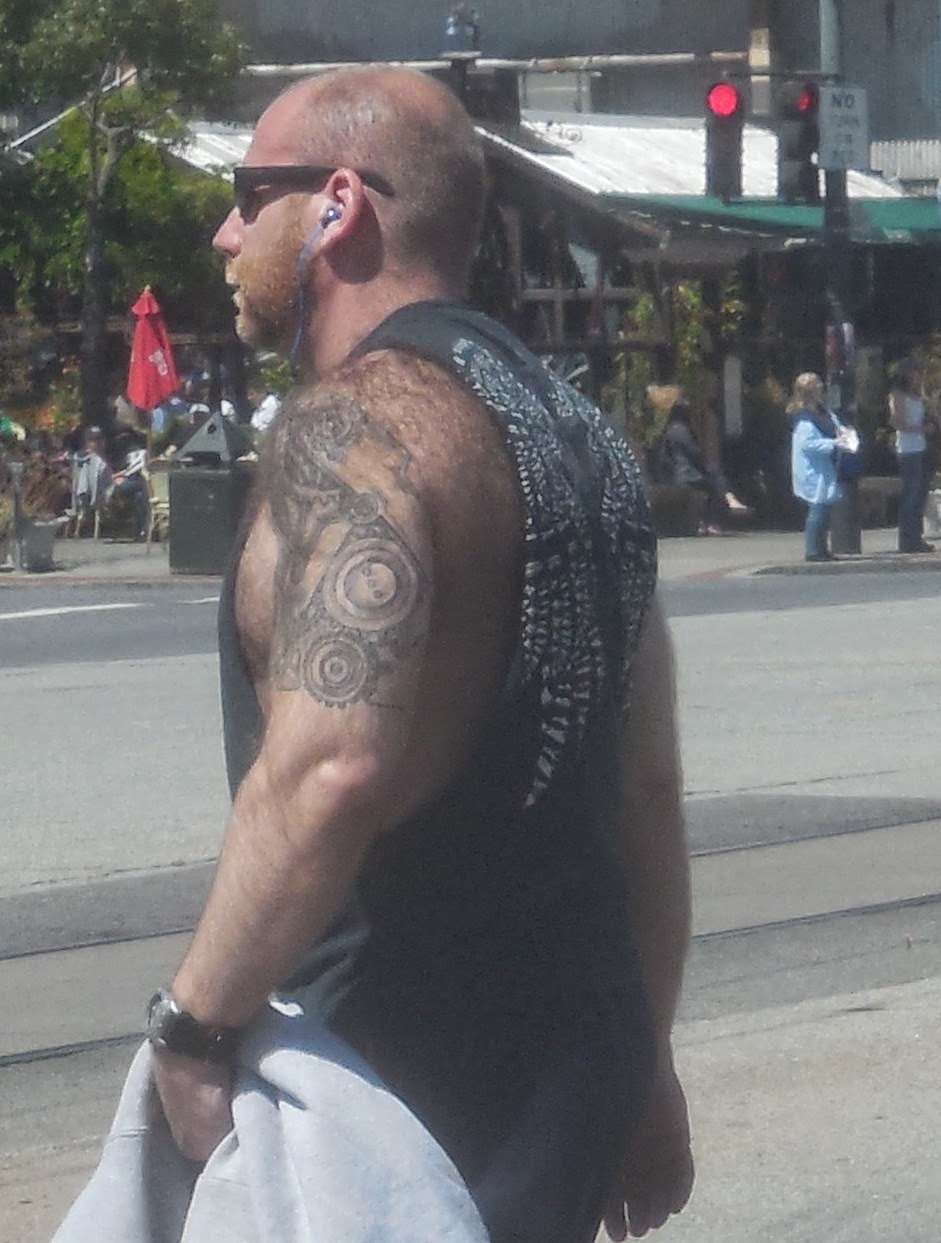 Assorted fellas with varying degrees of furriness seen around the Castro in recent days, either passing or posing for my camera. 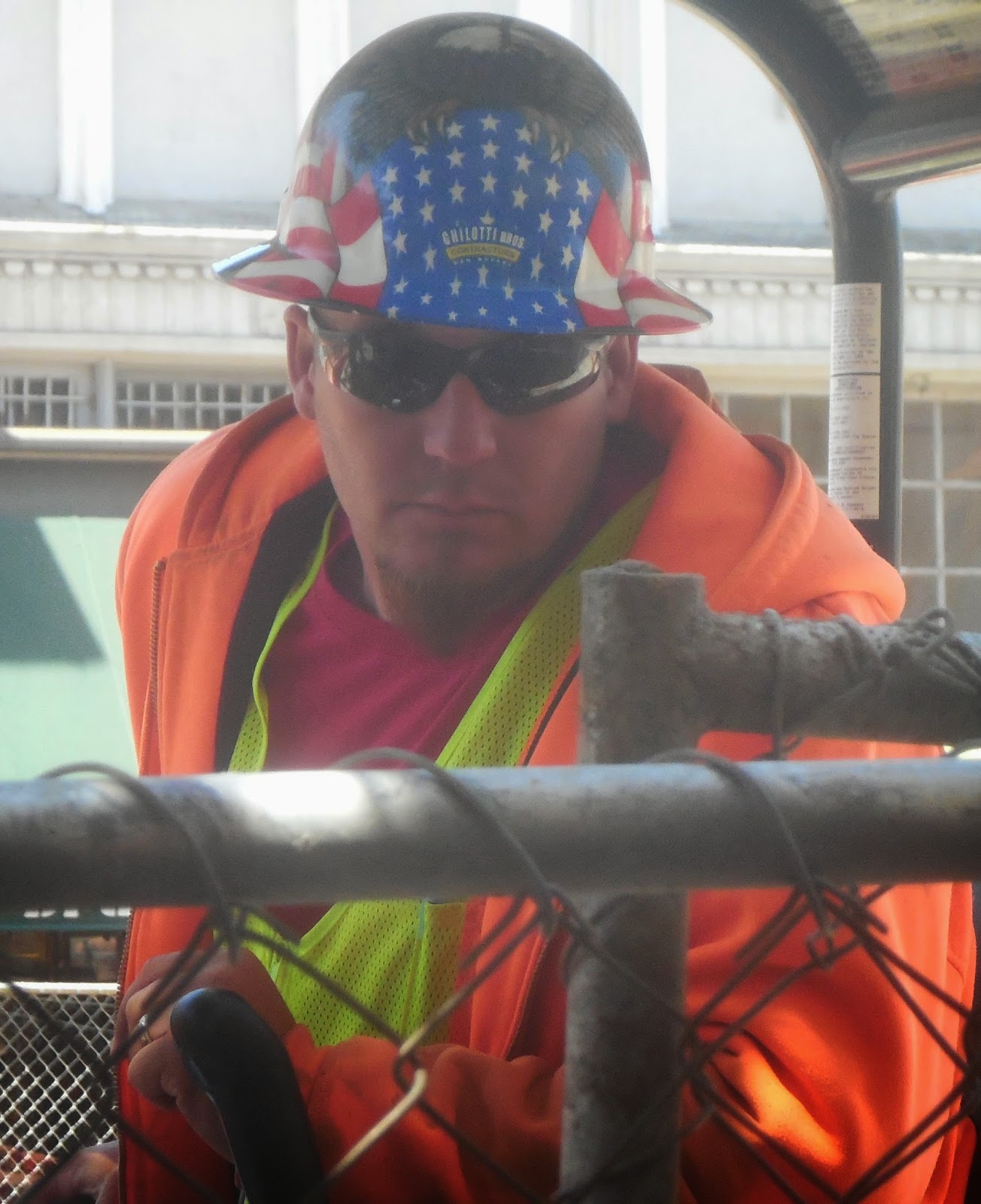 Let's end with this shot of one of the colorfully adorned road crew men tearing up the sidewalks and pavement of the Castro business district.
Posted by Unknown at 10:21 PM
Email ThisBlogThis!Share to TwitterShare to FacebookShare to Pinterest