Weekend Woof #66: Beef on the Menu

A lot of beefy dudes have passed in front of or posed for my camera this week, quite pleasing to my queer eye. It's always difficult to choose a favorite out of the dudes caught on memory-card because they each have something special about them, but I have to single out Riley as the most enjoyable due to his terrific way of laughing with all of his upper chest straining against his shirts. 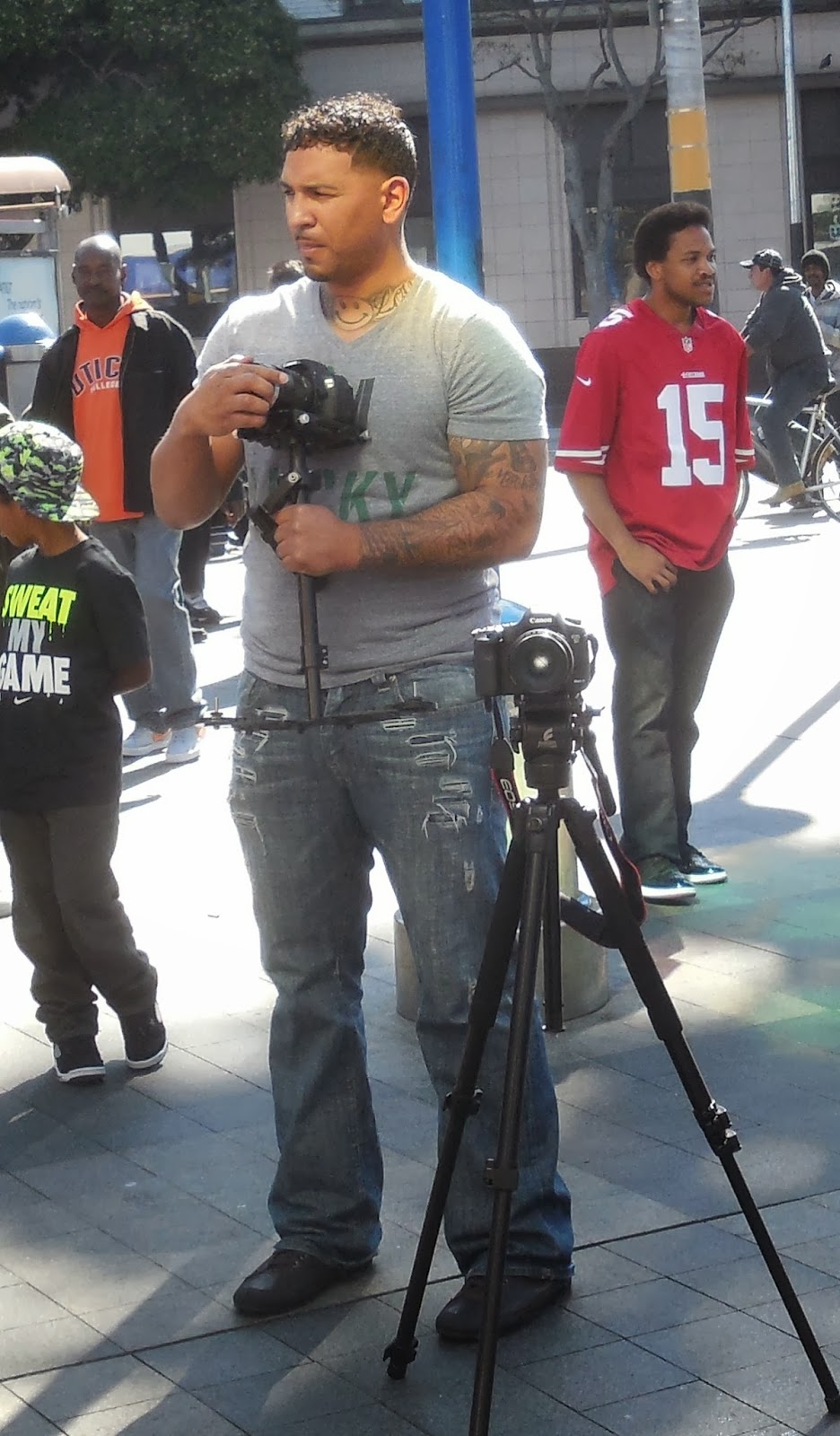 The top photo is cropped from the bottom image and no matter which one you look at, the tattooed hunk gripping his rod and camera is quite a specimen of the modern young male. 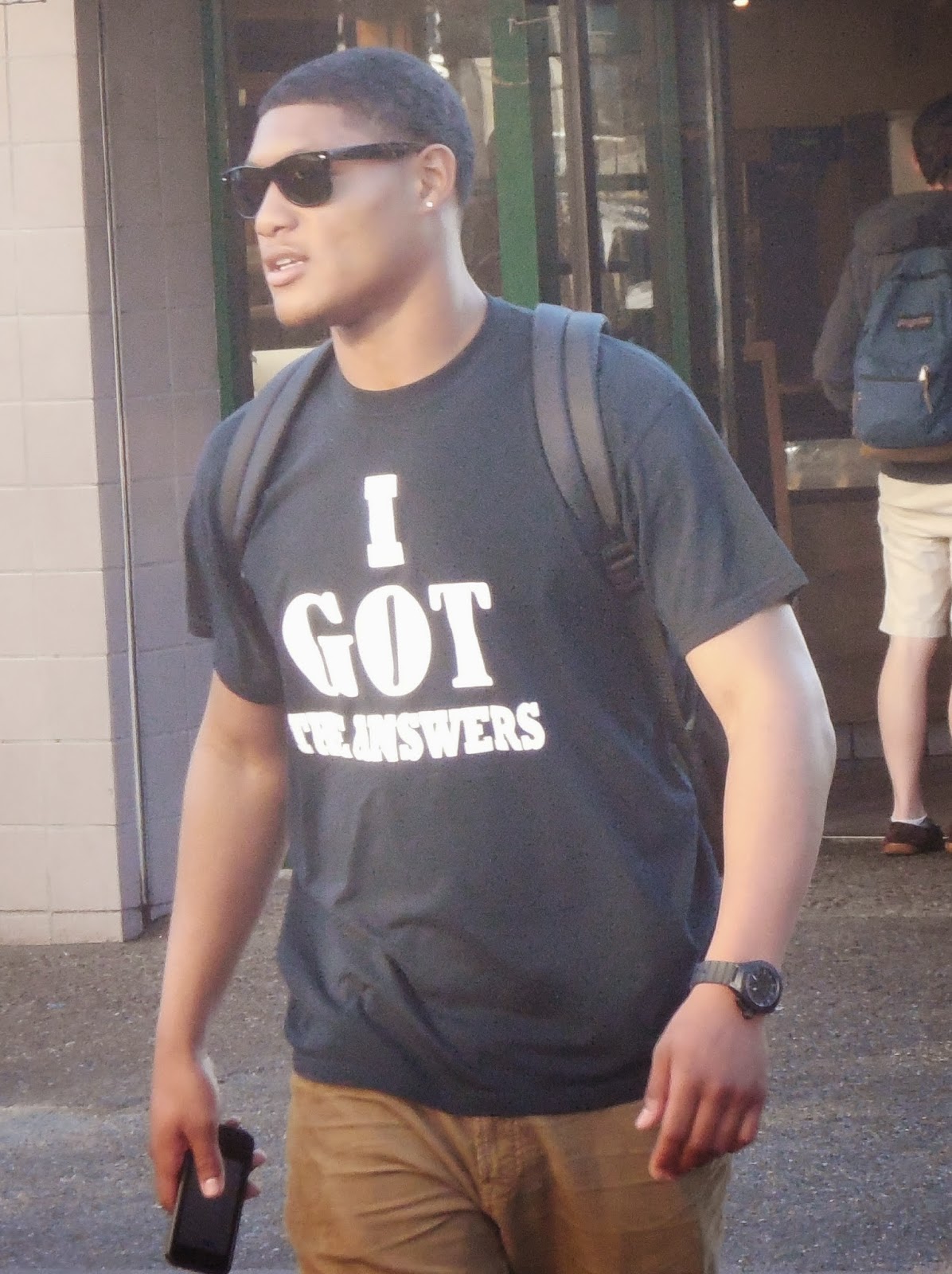 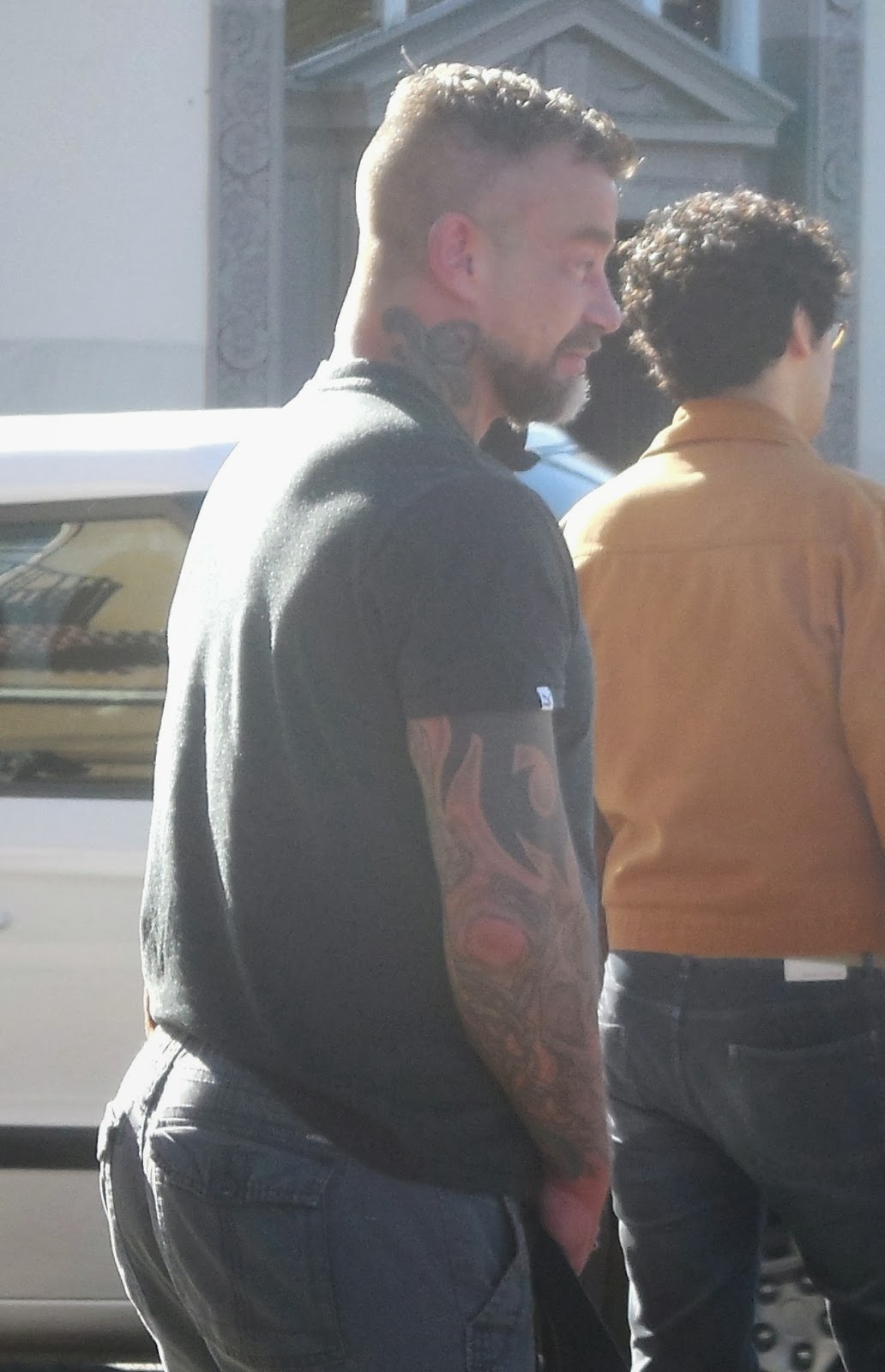 I simply don't understand the dress or business drag fetish but the dude in the bottom photo filled out his office clothes so well, it didn't matter what he was wearing. That balding, shaved head and facial fuzz only add to his hunkiness. 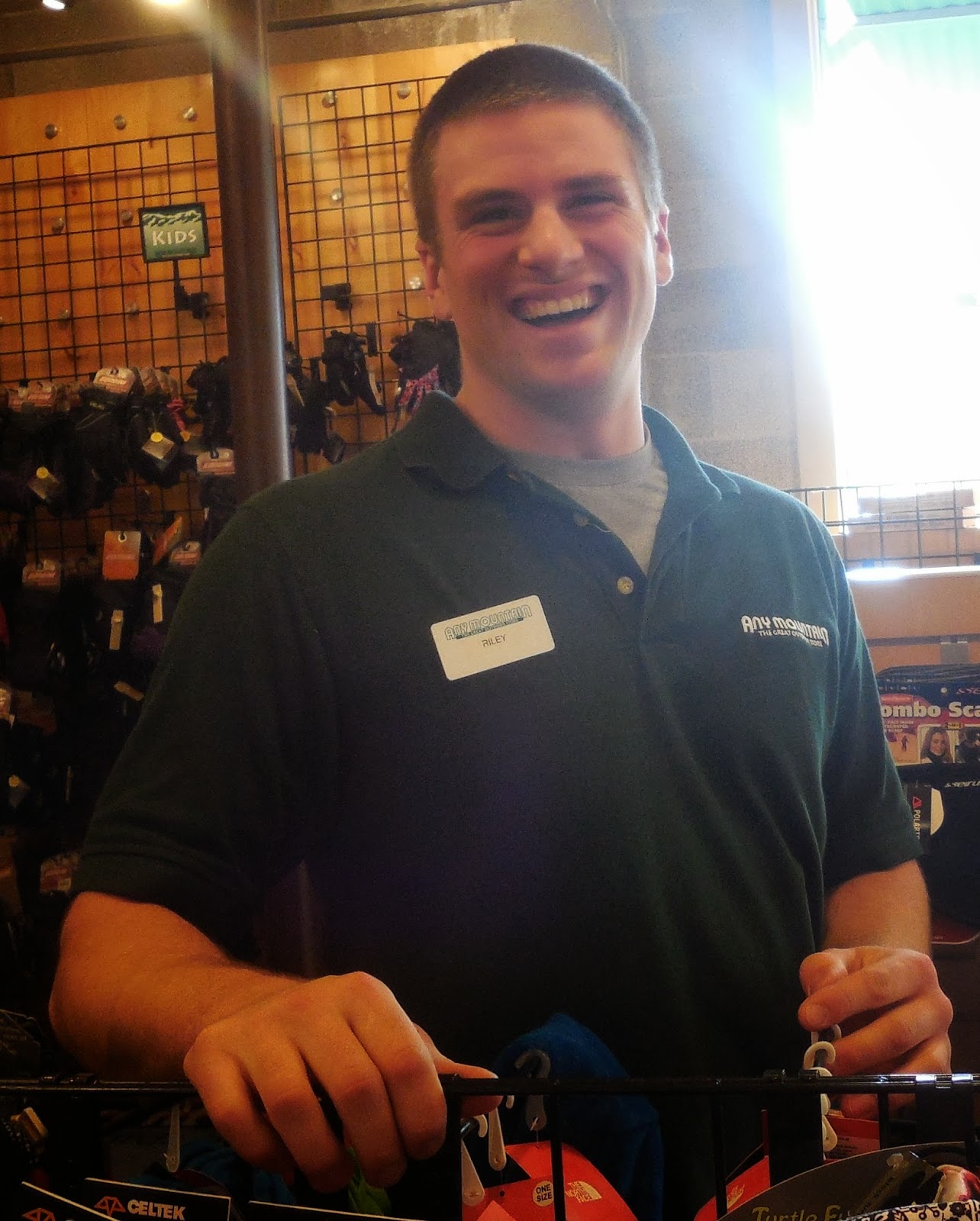 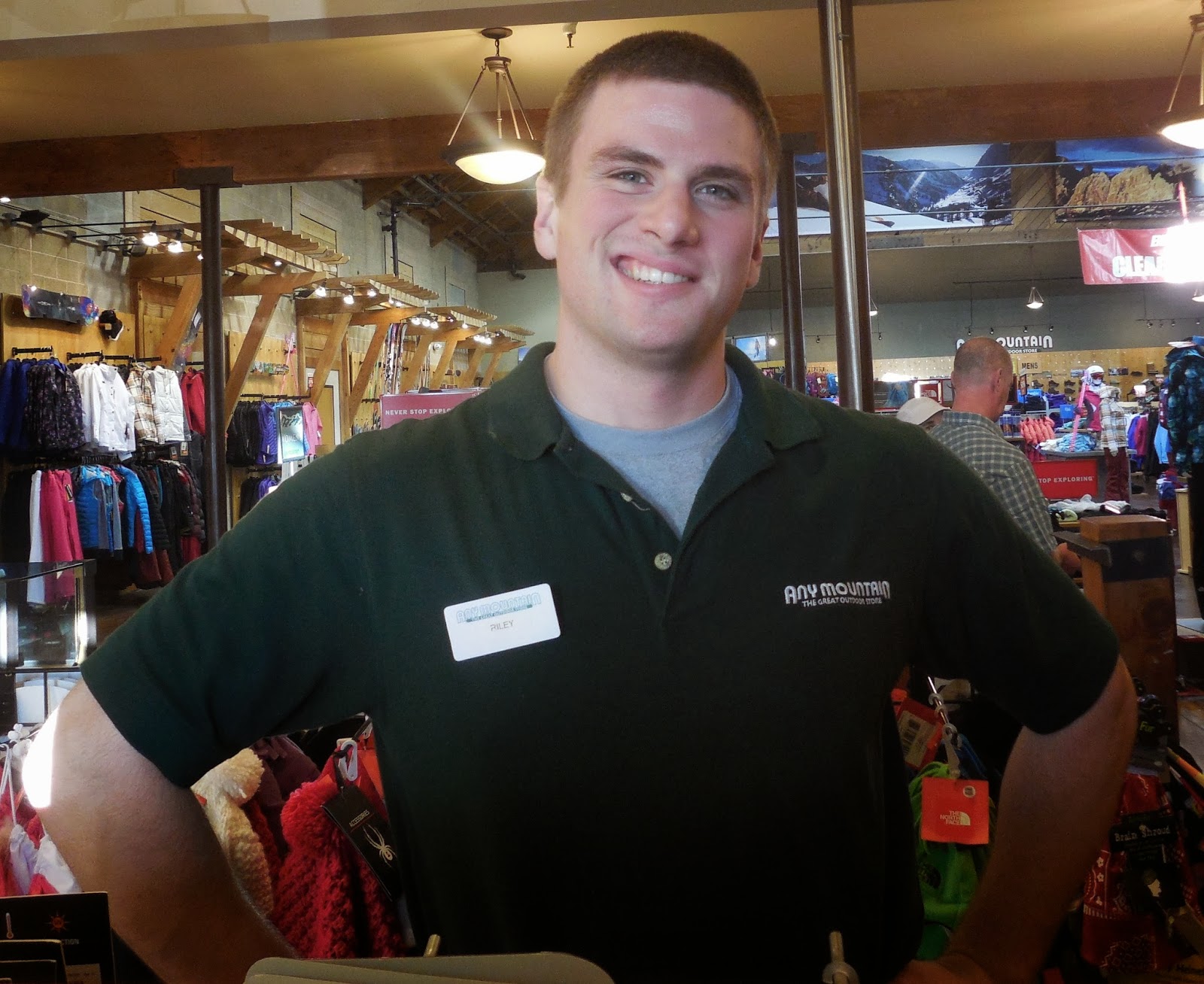 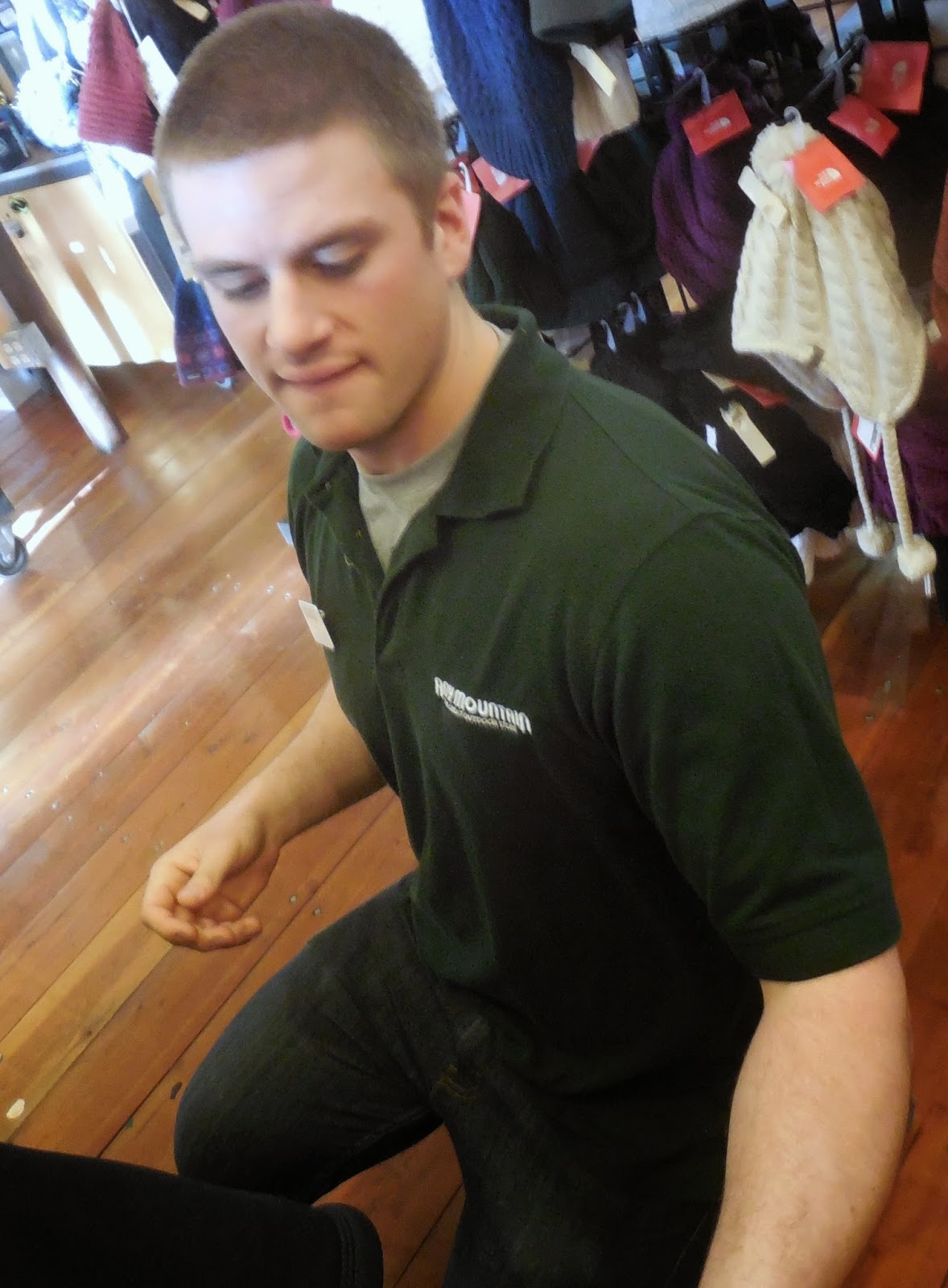 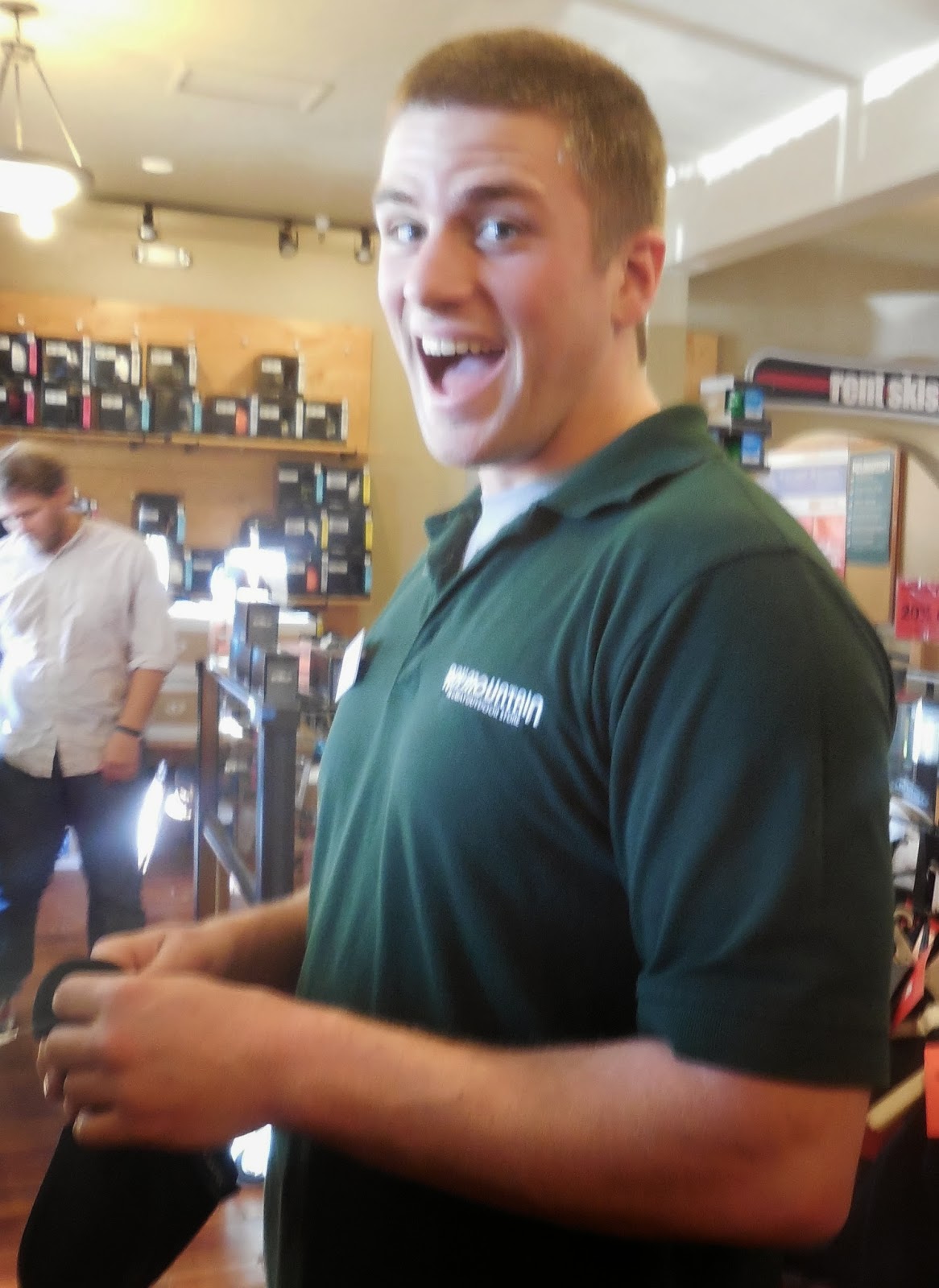 This is Riley who works at Any Mountain on Shattuck Avenue in Berkeley, who hails from Alaska and showed me ski masks because I was looking for Pussy Riot apparel for the March 3 solidarity rally at Davies Hall when the St. Petersburg Philharmonic performs. Riley was super-friendly, said he's straight and played along with my cruising routine, plus he easily chuckled whenever I said Pussy Riot.

Thanks for the entertainment guys!

Posted by Unknown at 8:52 PM
Email ThisBlogThis!Share to TwitterShare to FacebookShare to Pinterest