Neither pelting rain, nor cold temperatures nor strong winds kept dozens of LGBT activists and allies from staging solidarity rallies in San Francisco yesterday and today. Bravo to all the folks who've hit the streets, the organizers of the events, in particular Toni Mendicino of the Freedom Socialist Party, and those with cameras documenting it all. 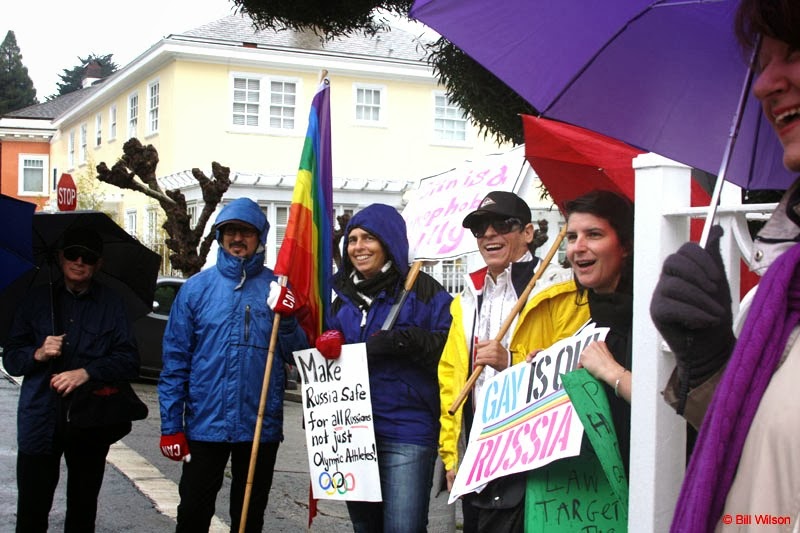 Just over a dozen activists were at the Russian consulate on Friday, February 7, for a one-hour vigil and press conference. The widely-watched KTVU noon newscast broadcast live from the event. 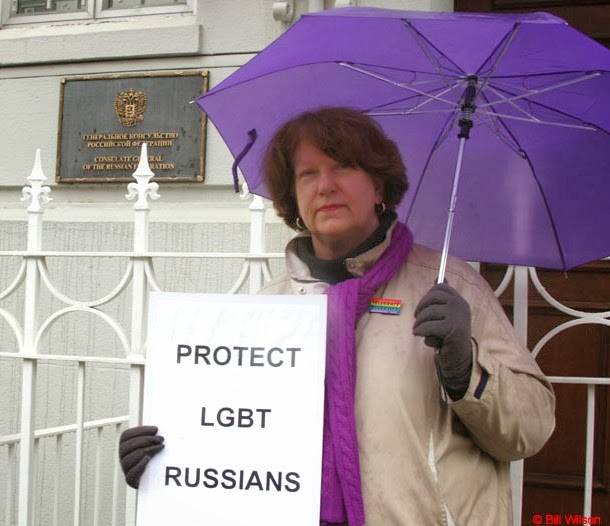 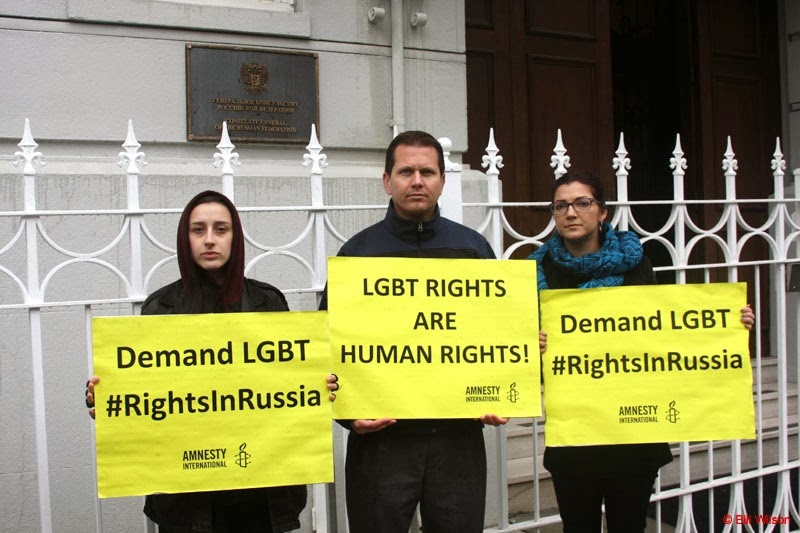 The activists took turns standing vigil at the consulate's front gate where a plaque in Russian is affixed to the facade, announcing that the building is the government's outpost for all of the Western region of the United States. 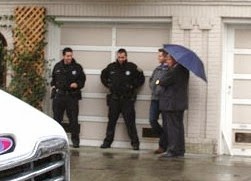 This fuzzy foto shows two uniformed San Francisco Police Department officers standing with a representative wearing blue jeans from the U.S. State Department responsible for protecting all of consulates here and under the umbrella is a security guard from the Russian consulate. Credit for all photos from this action on Friday goes to Bill Wilson of Gays Without Borders.

In United Nations Plaza today, Saturday, February 8, with the City Hall dome in the background right, more than twenty people gathered in the cold rain for a one-hour solidarity rally with lesbian, gay, bisexual and transgender Russians. As a local leader of Amnesty International read a letter of support to our brothers and sisters in Russia, under umbrellas protecting him from the wet weather, a colleague held up a sign reading "Demand LGBT #RightsInRussia". 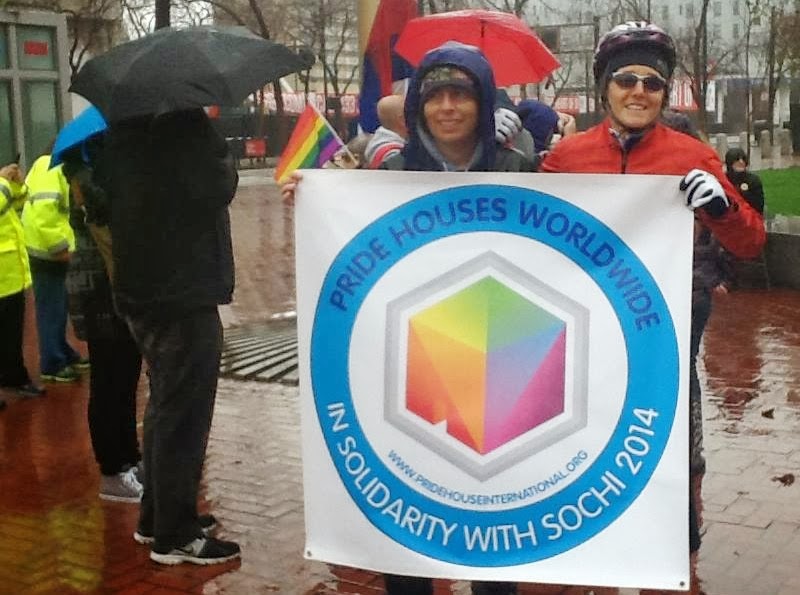 Two women displayed a plastic banner promoting Pride Houses Worldwide, which are central gathering locations at international sporting events such as the Olympics, and the slogan "In Solidarity With Sochi 2014". All photos from Saturday's rally are shared courtesy of Jose Ricardo G. Bondoc and the SF NewsFeed Facebook page.

Many deep thanks to all who braved the nasty weather to show global solidarity!
Posted by Unknown at 7:56 PM
Email ThisBlogThis!Share to TwitterShare to FacebookShare to Pinterest