My friend Sean Strub and I met during our days together in ACT UP/New York City, and as two longterm AIDS survivors we keep in touch these days via emails. When he invited me to join him and a few others for some chat with the Luncheon Society in North Beach, I quickly accepted his invitation. 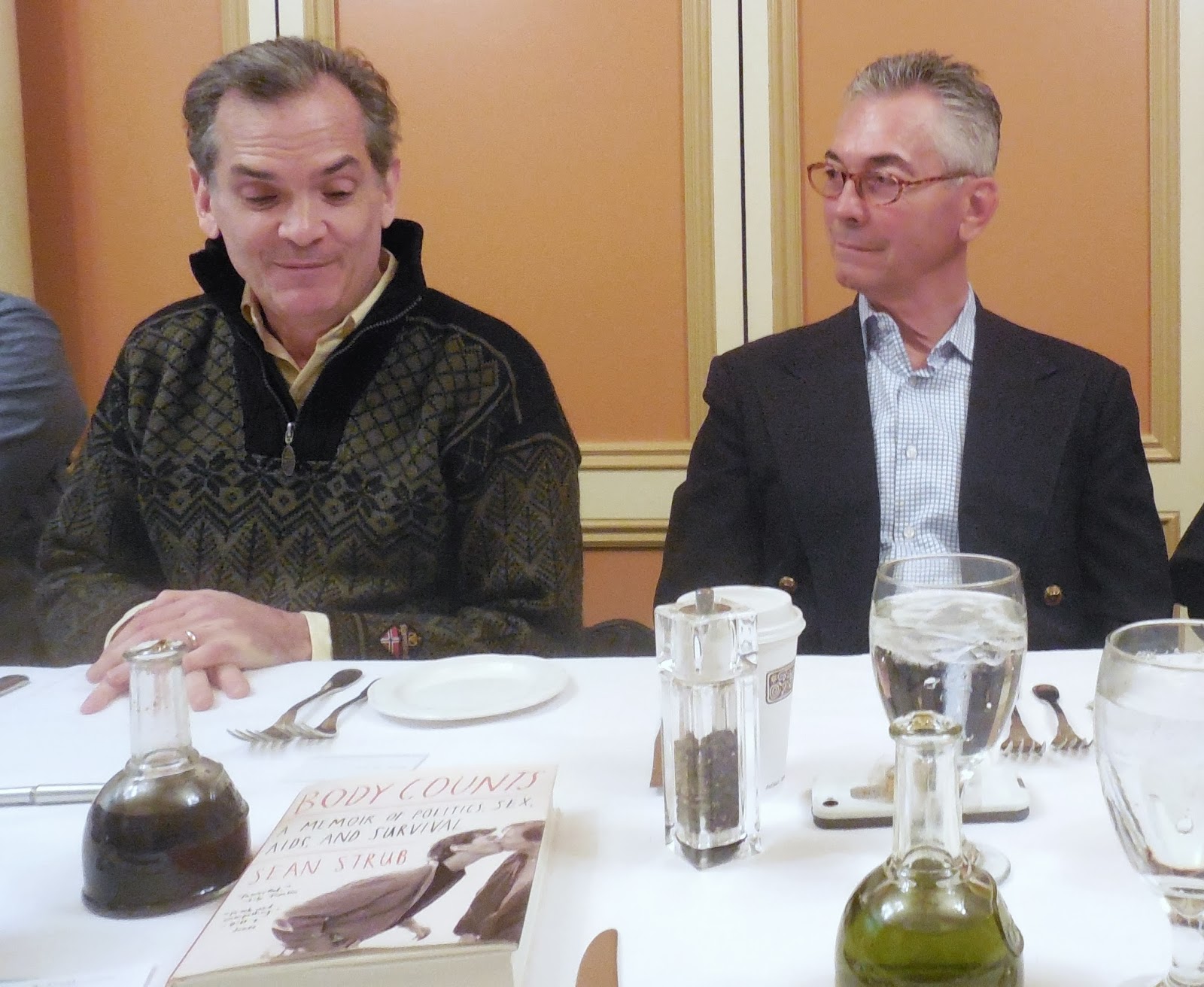 The luncheon was held at Fior D'Italia and many interesting folks were around the table, some of whom I know and others I want to keep in touch with. Here's Sean, left, making a few introductory remarks about his new book "Body Counts" and apologies for not getting the name of the gentleman next to him. Sean is on a national book tour and I told him to get plenty of rest while traveling. 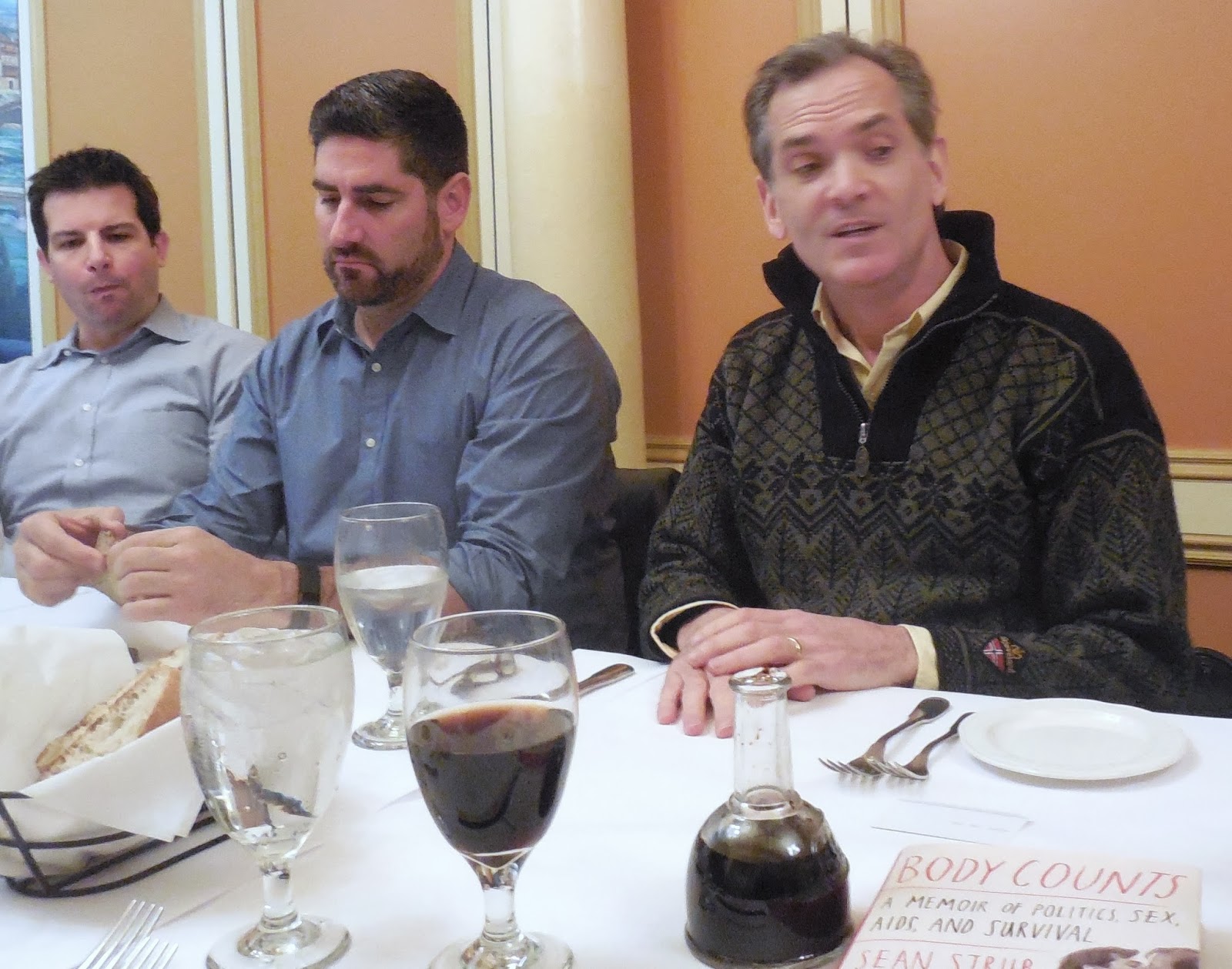 To Sean's immediate left is James Dale, who sued the Boy Scouts over their anti-gay discriminatory policies and who recently moved to San Francisco. I don't know who the fellow is next to James and who didn't say a word during the luncheon. 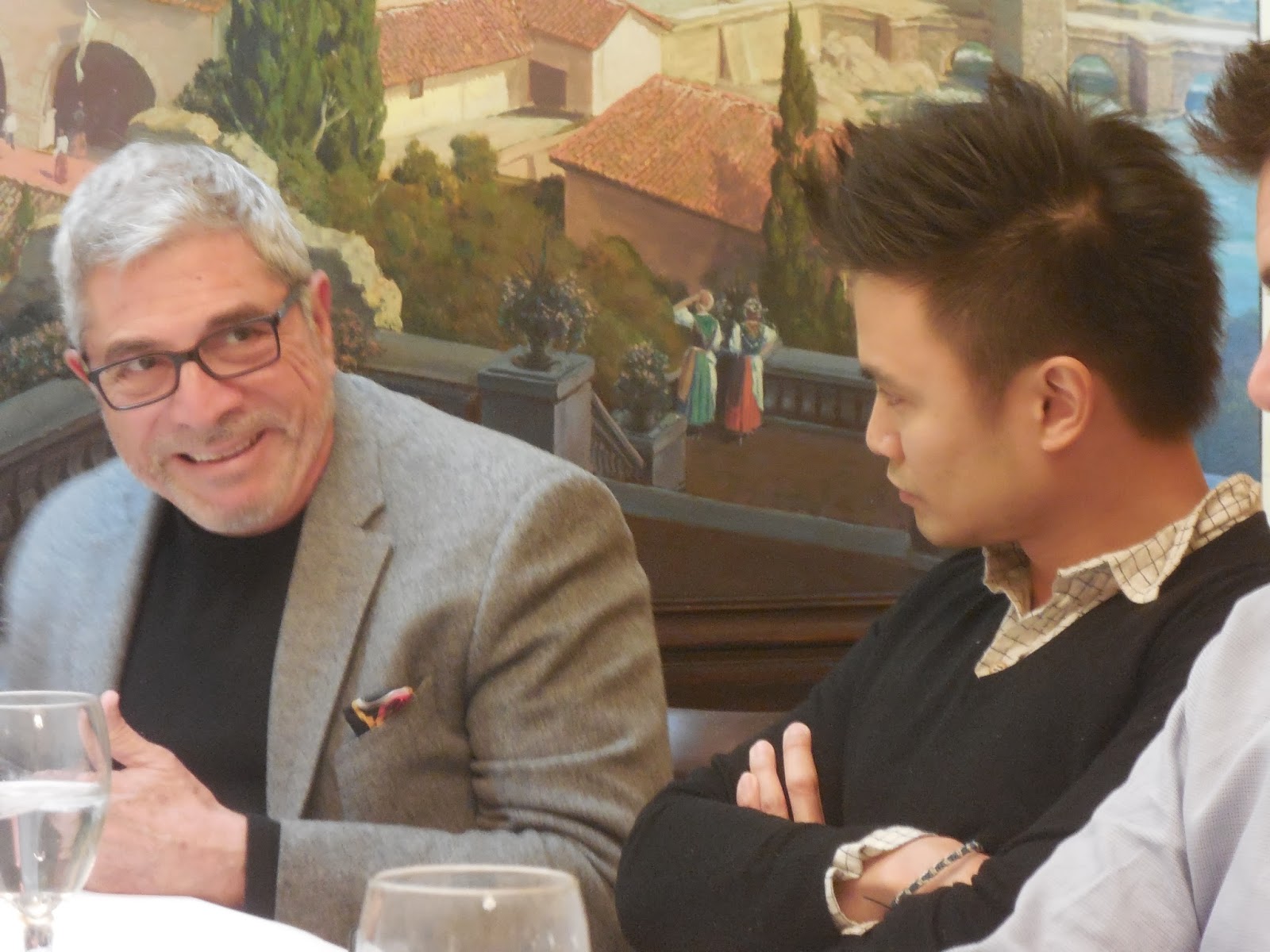 On the left is writer Steve Villano who made comments about forgiveness or reconciliation (if posbbile) of the people and institutions who didn't do the right thing in the first decade or so of the HIV plague. I had raised the topic of demanding a formal apology from the New York Times for its abysmal AIDS reporting and obnoxious insistence of calling gays homosexuals, and Steve was riffing on that. 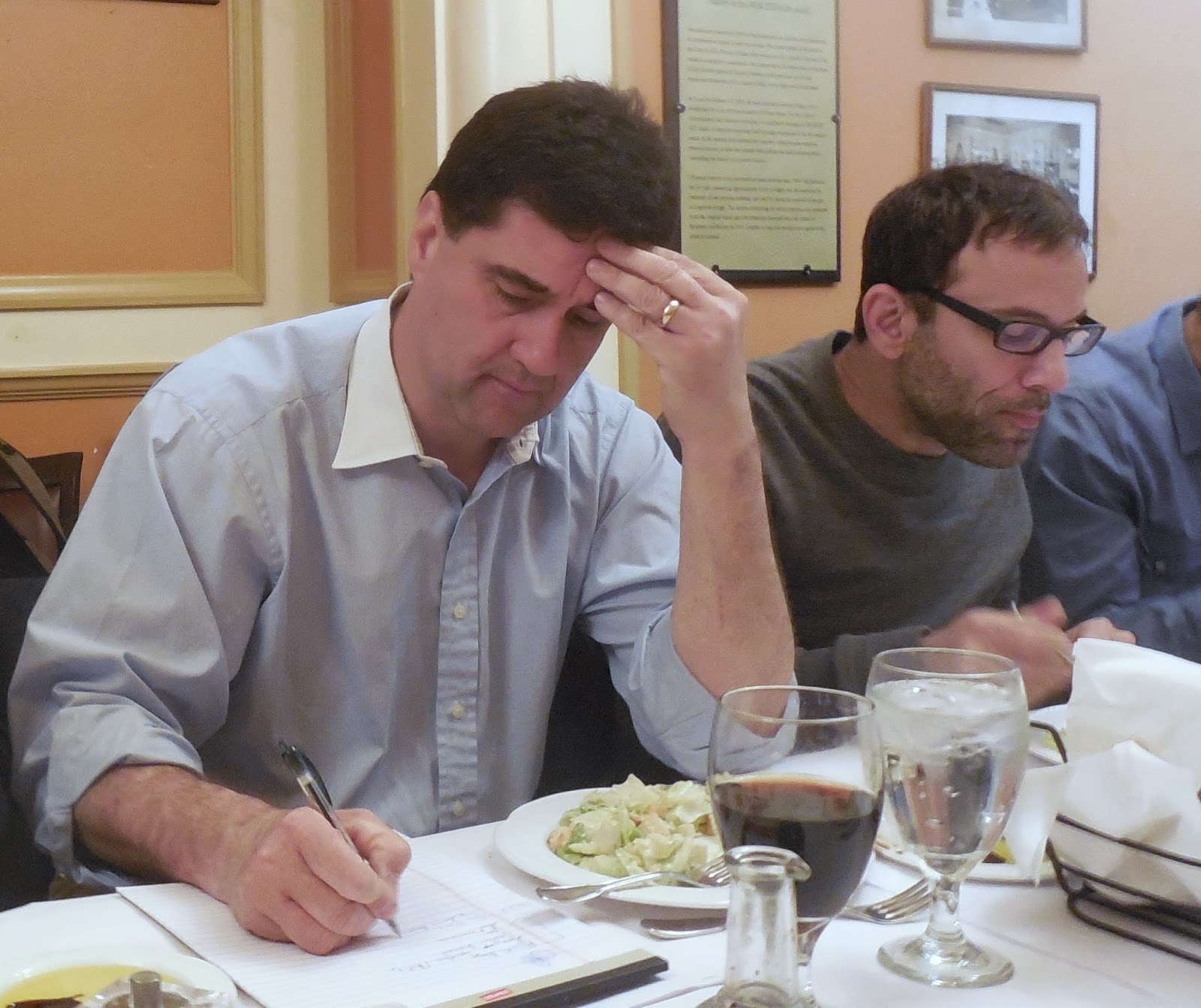 Here's the fantastic moderator and chief conversationalist of the Luncheon Society's local branch, Bob McBarton, keeping a stack of folks who wanted to speak. He did an excellent job with his many duties. To the right is Marc Smolowitz who makes gay and AIDS documentary videos. Seemed like someone I should know from ACT UP circle and all, but this was the first time we met. 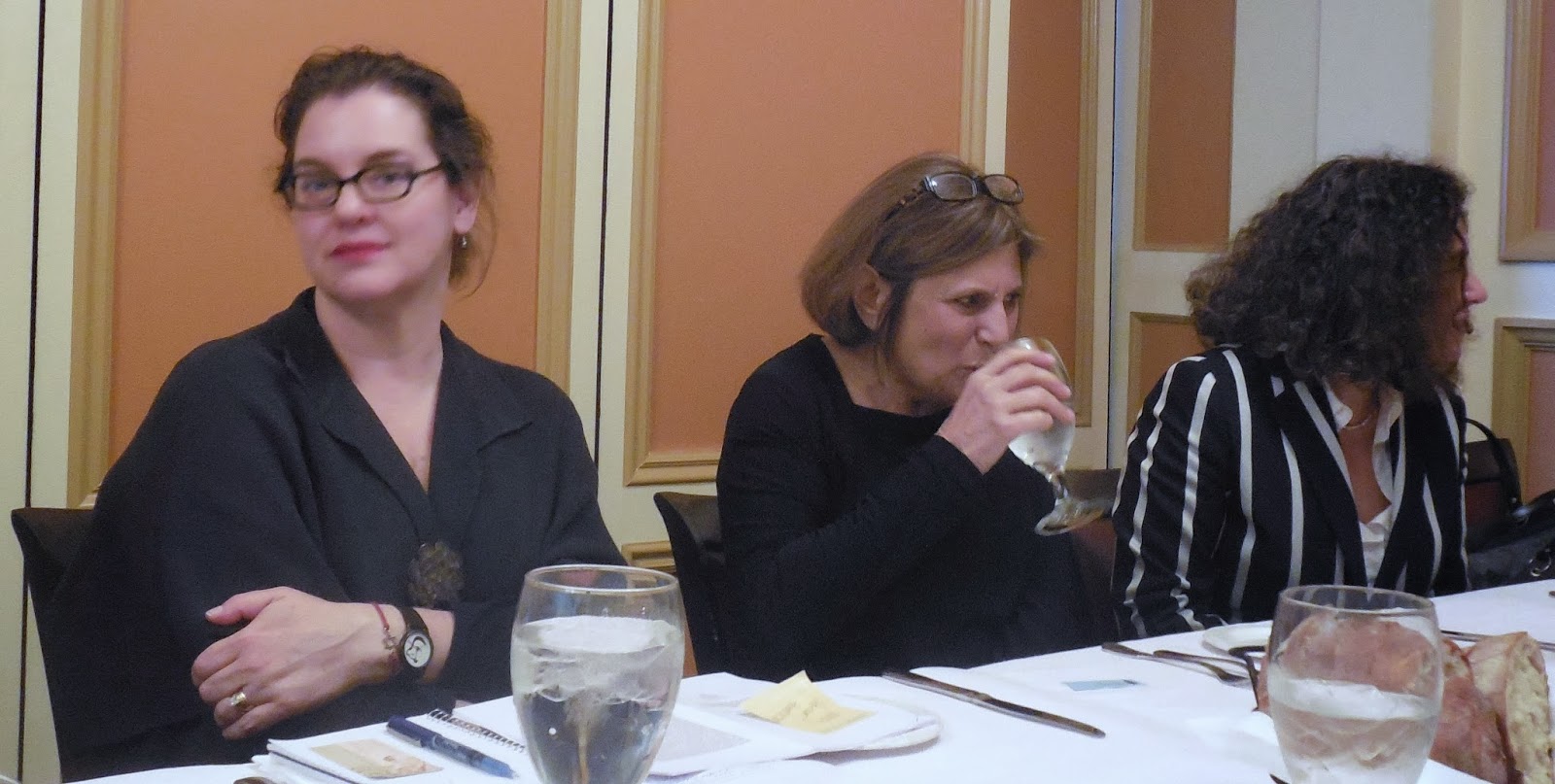 Yes, there were a few women at the luncheon and unfortunately I didn't get any of their business cards, nor can I recall their names. The woman on the left asked Sean a great question about any folks who are not happy with his memoir, and that brought forth a history lesson about Dr. Antony Fauci of the NIH being against promoting the using of bactrim to prevent PCP among people with AIDS. Sean said Fauci's office is not pleased with how he is portrayed in "Body Counts". 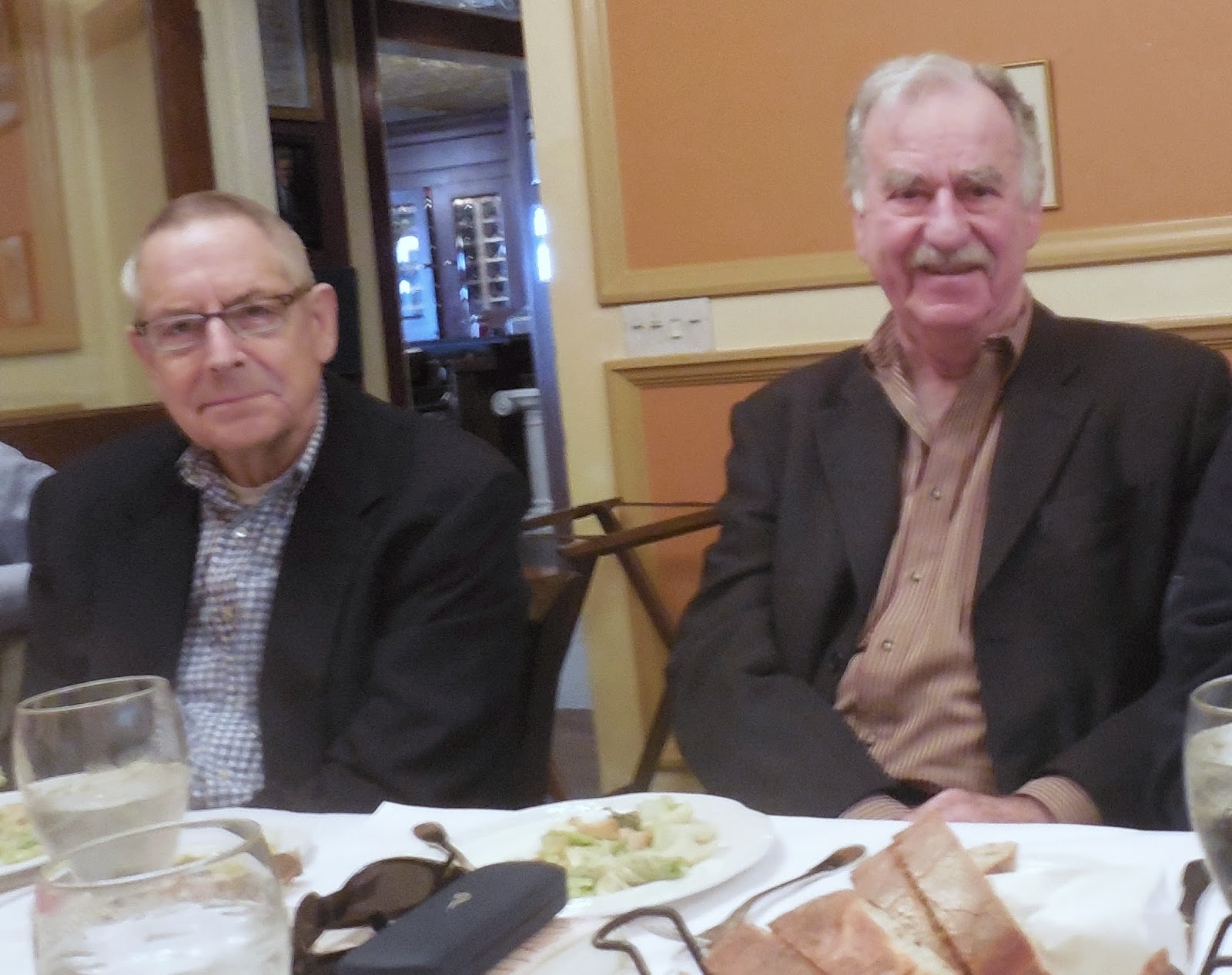 On the left is a gentleman who played a key role in the Names Project AIDS Quilt and he's with B.J. Stiles who I met back in the 1990s when we both lived in Washington and he ran the National Leadership Council on AIDS. 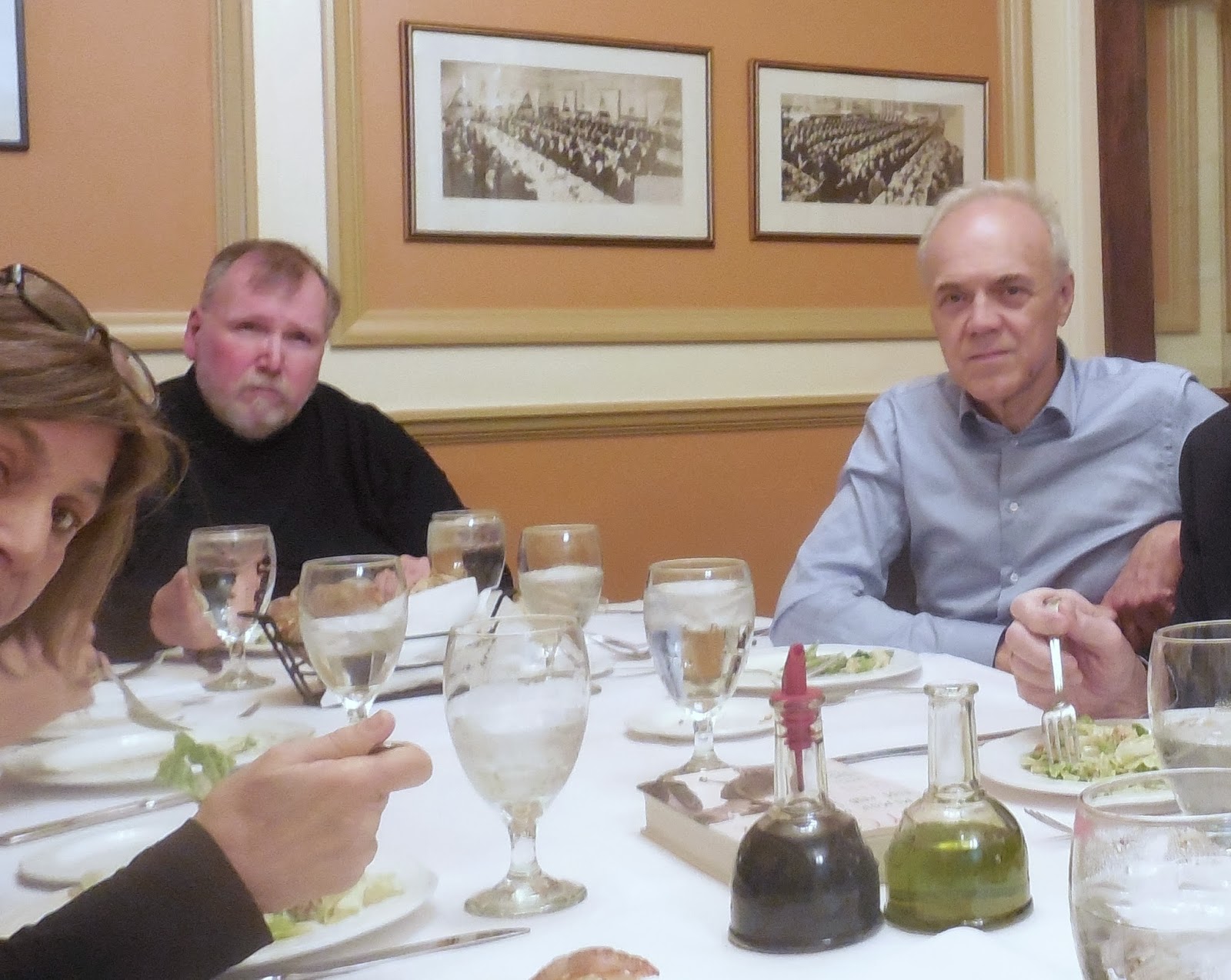 I think the man on the right is involved with AIDS research. In black is longtime national gay and AIDS analyst and writer, and now local sunshine advocate, Larry Bush, who made remarks about gay political life before the plague began.

A wonderful time was had by all and I'm glad I was able to spend time with Sean during his whirlwind visit to San Francisco.
Posted by Unknown at 11:42 AM
Email ThisBlogThis!Share to TwitterShare to FacebookShare to Pinterest

I have not cared for Sean, since he promised me the Poz cover years ago! Instead of me, they put colorful gelatin capsules on the cover! He hired some make-up artist, who painted me up so much, that I looked like a drag queen! Kent Taylor took great shots! Then he was flying in someone from France to do me! Then it was cheapened to a mock-up of the page, where anyone could be on the cover! He promised . . .