This is odd. I thought the feds would be sending me their standard acknowledgement letter after I filed a FOIA request for the records on the recently deceased folk singer and political advocate Pete Seeger. 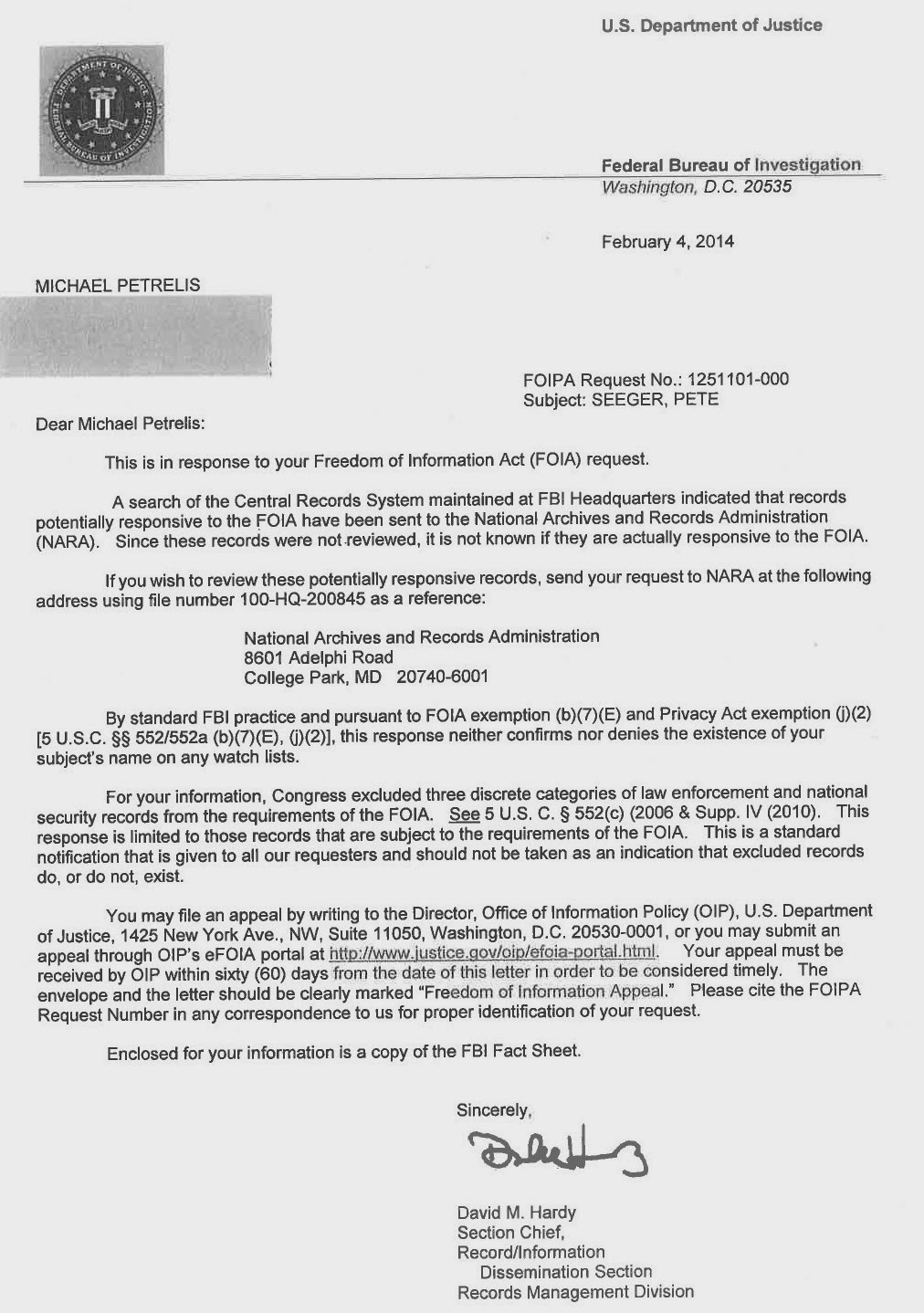 Instead, the FBI sent its form letter about they're not sure if they had records on Seeger and if they did the records would be with the National Archives, but the feds are not admitting a file does or does not exist on Seeger.

Oh, come on. The FBI investigated him and his group The Weavers, and had him under their surveillance over the decades so there is a file on him. What's also weird about the reply is learning that Seeger's records may have been turned over the National Archives while he was still alive, and I thought such records on individuals were shipped to the archives after the person of interest had died.

In any event, I've filed a FOIA with the archives and hope to receive a response before the end of the month. Let's hope Seeger's file is simply published by the archives or the FBI on one their sites so it reaches a wide audience.

Posted by Unknown at 9:29 PM
Email ThisBlogThis!Share to TwitterShare to FacebookShare to Pinterest

Yeah, anyone who had to face HUAC had to have a file! Wonder if the Nat'l Archives would help shed light on it?