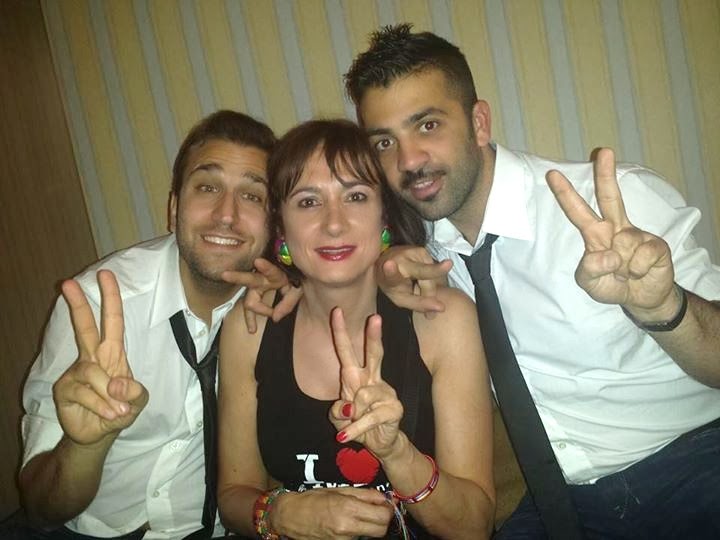 (After her release from jail, Luxuria, center, celebrated with comedic reporters Pio and Amedeo in this photo from their Facebook page.)

There is some excellent news to share today from Sochi, allowing us all to breathe a sigh of relief, according to the International Business Times:

An Italian LGBT activist and former member of parliament who was arrested in Sochi while protesting Russia's anti-gay propaganda law has been freed, activists said.

Vladimir Luxuria, a transgender who served as lawmaker with Italy's Communist Party was held by police in the southern Russian city hosting the Winter Olympics as she was waving a rainbow flag saying "Gay is OK" in Russian. She was released after a few hours.

"I've been freed and tomorrow I'll watch the Games," Luxuria, 48, wrote in a SMS message to the Gay Centre, Fabrizio Marrazzo a spokesman for the LGBT community told ANSA news agency.

While we celebrate her freedom from a Russian jail, let us remember that for LGBT Russians the battle over Putin's anti-gay propaganda law and confronting the widespread social and religious hatred goes on.

Here's a photo of Luxuria at Euro Pride 2011 which was held in Rome that year, looking rather fabulous in an eye-catching rainbow tiara during the parade and celebration. We can expect much more media-savvy activism from her, thank goodness! 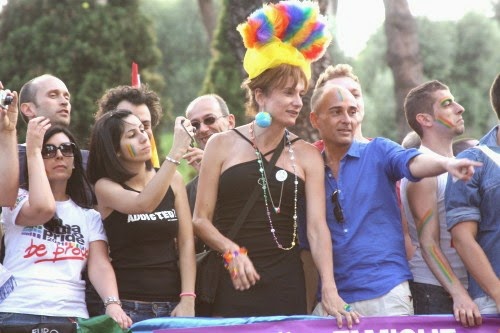 (Credit: Bill Wilson, Gays Without Borders.)
Posted by Unknown at 12:11 PM
Email ThisBlogThis!Share to TwitterShare to FacebookShare to Pinterest