Yesterday was a meeting of the War Memorial and Performing Arts Center (WMPAC) board of trustees and to get to it I had to walk along the Charlotte and George Shultz Horseshoe Drive along side the opera house. The WMPAC oversees a number of City-owned and funded cultural institutions include Davies Hall, home of the SF Symphony.

Last week, Jennifer Norris, the administrator for the trustees in an email denied the request from Gays Without Borders to fly the rainbow flag on the pole prominently affixed atop Davies Hall. We want to raise our LGBT colors on that City-owned flagpole in solidarity with gay Russians and the punk feminist group Pussy Riot, on March 3 when the St. Petersburg Philharmonic will perform at the hall.

A solidarity rally is happening on March 3 at 7 pm outside the hall located at Van Ness Avenue and Grove Street. 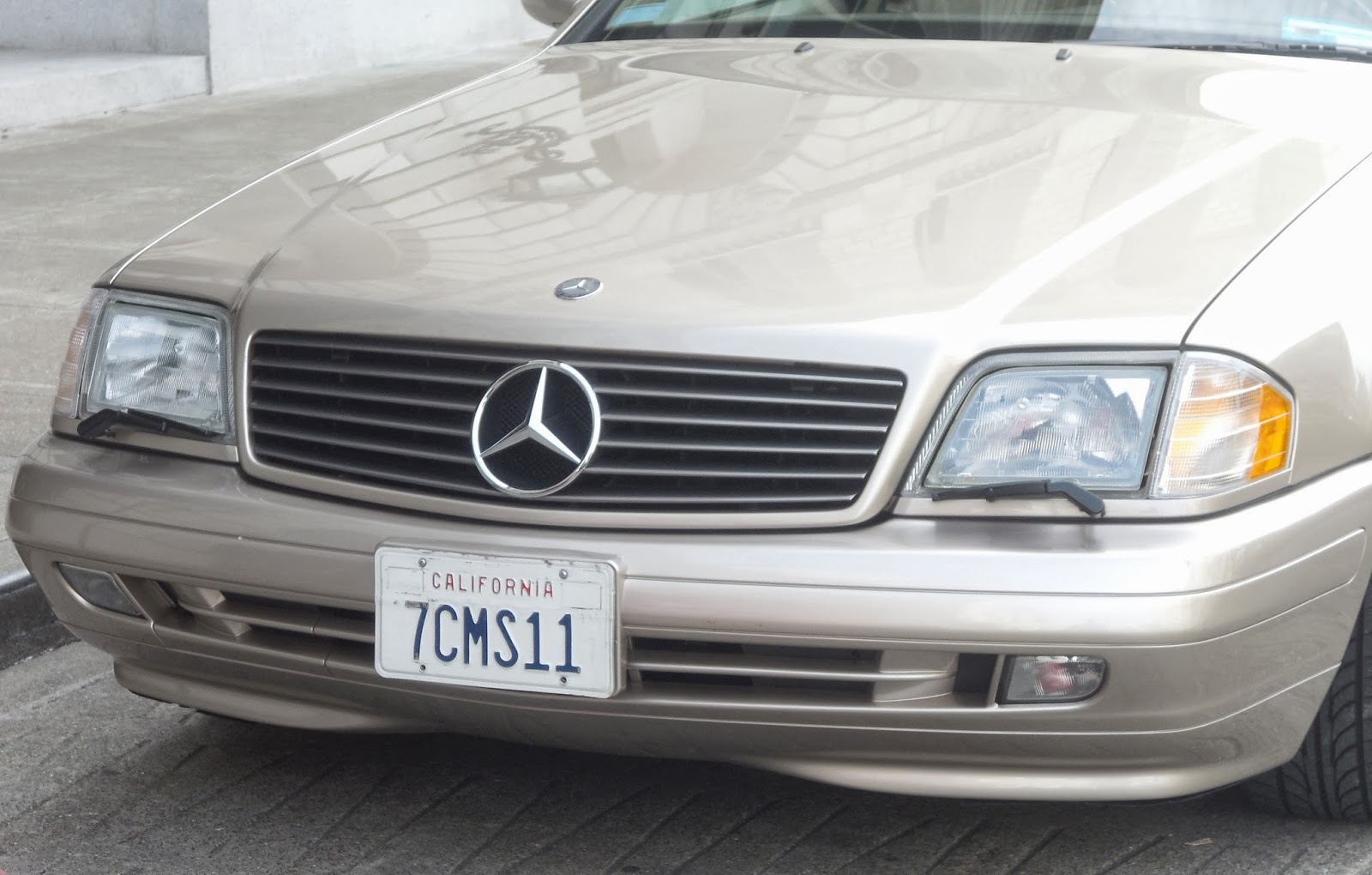 I passed Charlotte's cream-colored convertible Mercedes-Benz and noticed her vanity licence plates read "7CMS11" and thought the CMS must stand for what else but Charlotte Maillaird Shultz. You can see her City-issued business card as the Chief of Protocol in the upper right corner, on the dashboard.

Also parked on Charlotte and George Shultz Horseshoe Drive was trustee Thomas E. Horn's Jaguar. He's the former publisher and minority stock-holder of the Bay Area Reporter, is on the board of directors of Charlotte's SF Host Committee and SF Special Events Committee and is a power-broker at City Hall. His licence plate shows he's a member of the Honorary Consul Corps, as he is the honorary consul for the principality of Monaco. To the right of the the licence plate is the crest for the House of Grimaldi, the ruling royal family. 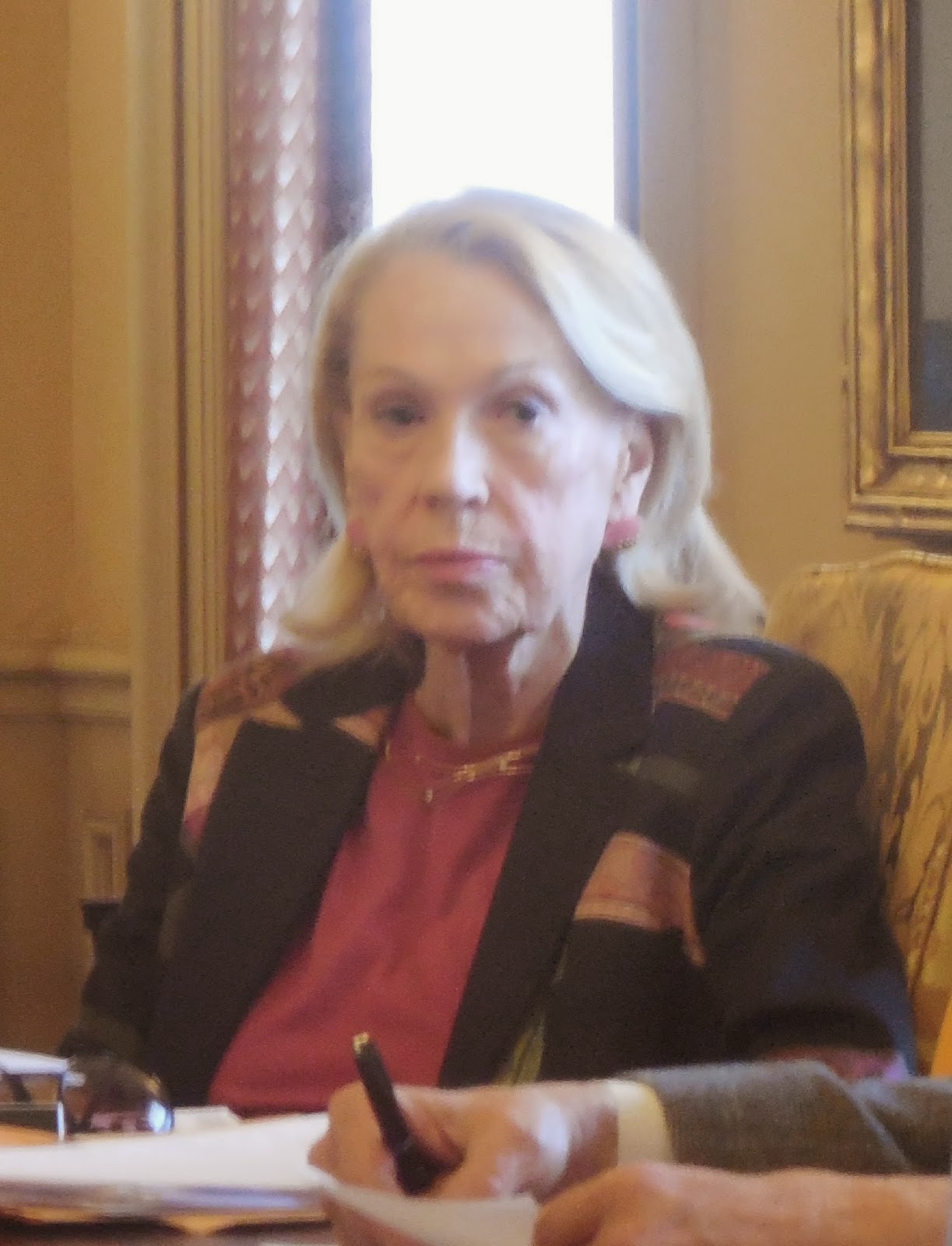 Once inside the board meeting on the fourth floor of the opera house, I began snapping photos and everyone smiled for my camera except Charlotte. 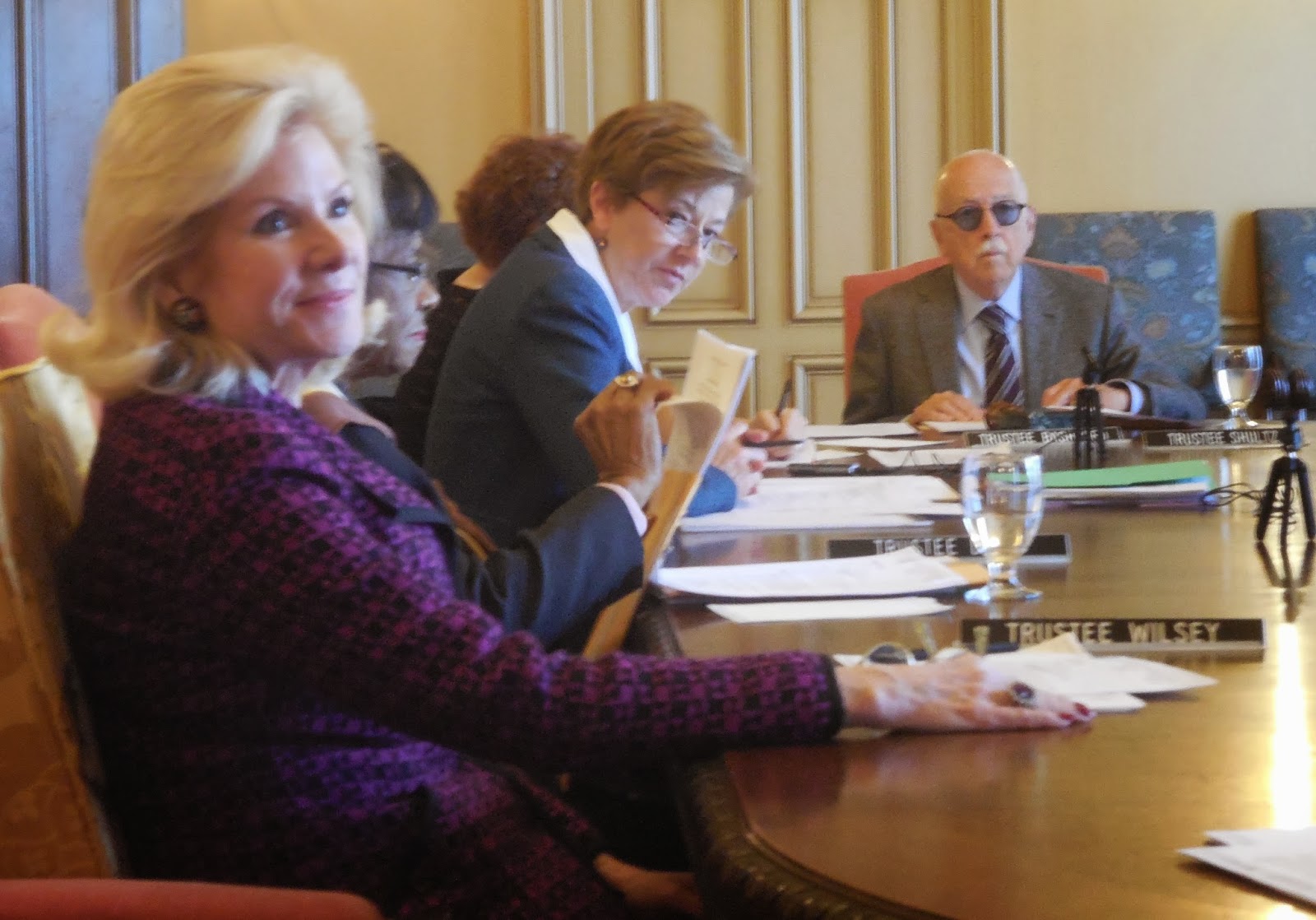 Looking lovely in a stylish purple outfit was socialite Dede Wilsey. At one point she pulled out a paper notepad to write something down and it was a lighter shade of purple, that perfectly matched her jacket. Does she carry matching notepads suited to her color of the day?

My, this is a lengthy digression. As this video illustrates, I verbally appealed to the trustees to show us their written flag policy and requested that we communicate via email about finding a way to display the rainbow flag on March 3 when the St. Petersburg Philharmonic will play at Davies Hall.

Will Shultz and other trustees work with Gays Without Borders to creatively show visual solidarity with LGBT people in Russia and Pussy Riot protest musicians? Time will tell.

As we wait hearing from the trustees, please visit the Facebook page for the March 3 rally outside the hall, "like" it, post messages of support, spread the word about that page and the rally, and join us at 7 pm that day!
Posted by Unknown at 6:13 PM
Email ThisBlogThis!Share to TwitterShare to FacebookShare to Pinterest