My Culture Vulture Report for the Week 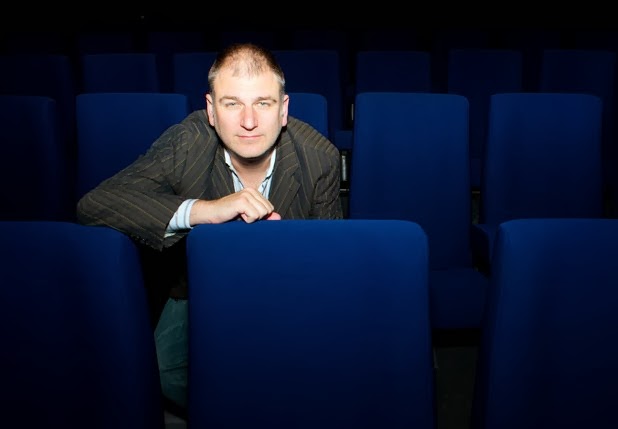 The past week has been full of very satisfying entertainment and good news, starting with the San Francisco Symphony concert on Feb. 14 marking the debut of Dutch conductor Jaap Van Zweden.

On the program was Tchaikovsky's Fourth Symphony and it was the first time Mike and I were hearing it performed live. Van Zweden, possessing a compact wrestler's build, brought tremendous verve and poise to the podium and during the most lively sections of the Russian music, he pushed the performers to play with maximum gusto.

Mike claims I jumped a few inches out of my seat at the first clang of the cymbals, but I experienced a mere jolt. When I really jumped up was at the conclusion of the symphony, to shout "bravo" along with the other cheering members of the audience. We look forward to seeing Van Zweden again leading the orchestra in the future.

My cinematic plate was full of tasty treats with Satyajit Ray's comedic melodrama "The Big City" being the main entree. It's this cineaste's dream come true, to finally catch up with this master's body of work shown on restored 35mm prints at the Pacific Film Archive. As with several of the other Ray films in this brilliant series, the PFA was packed almost to capacity.

This weekend's Ray film is the noir "The Expedition" featuring Soumitra Chatterjee, the handsome star of "The World of Apu" and it screens at 2 pm on Sunday.

I also saw the Oscar nominated live action shorts at the Embarcadero Cinema and enjoyed it immensely. My favorite was from Denmark, "Helium", about a quirky janitor at a children's hospital easing a young boy's early death and I expect it to win the Academy Award. The compilation ranges in length, narrative styles and themes, and each short is top-notch and worth seeing.

Last night, I caught up with the new film from Japanese "Like Father, Like Son". Another gentle and elegant work by director Hirokazu Kore-Eda, it follows two straight married couples whose sons were switched at birth by an angry nurse at the hospital shorting after being born. A very sly and humorous account of child-rearing, family ties and class differences.

And finally, the San Francisco Film Society recently announced a new executive director has been hired by the name of Noah Cowan. He hails from Canada and for the past five years has been the programmer for the Toronto International Film Festival's Bell Lightbox, a year-round venue with a daily movie schedule. Read this cheeky interview with him and let's welcome him to the Bay Area cinema world.

I wish Cowan all the best and hope to meet him when the society begins the 2014 edition of the San Francisco International Film Festival in April.
Posted by Unknown at 3:40 PM
Email ThisBlogThis!Share to TwitterShare to FacebookShare to Pinterest