It's been more than a month since I last posted new photos of assorted dudes who appeal to my queer eye, and have snapped several shots of beefy boys and friends. All of the fellas have something worth capturing in a photo, but the first guy is my fave among this batch. 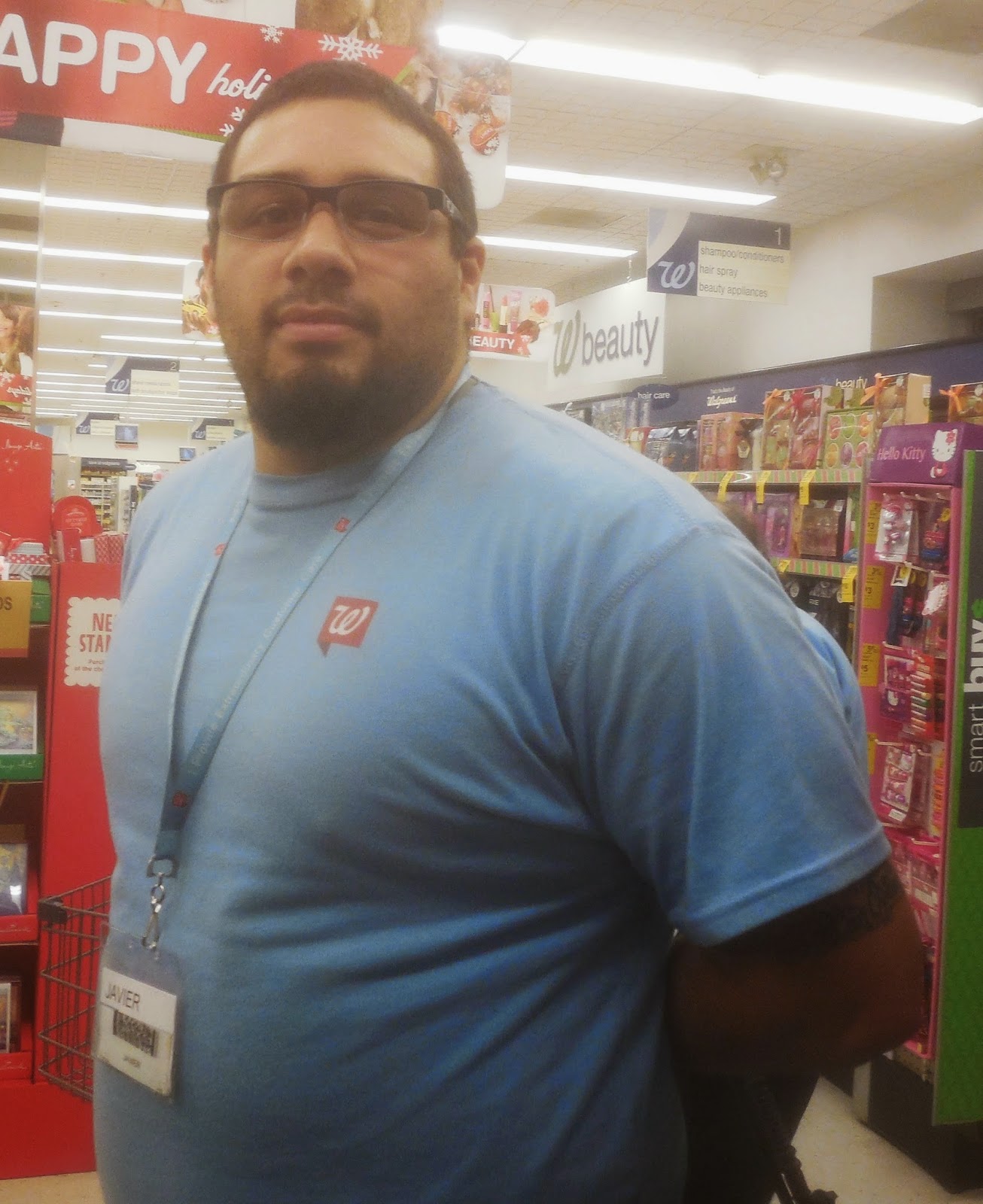 This is Javier at work last week and I realized he was someone who had graced the lens of my camera in the recent past. He was using an unopened box with heavy contents as a barbell when I walked into the Walgreens where he works. Nice sight to see! 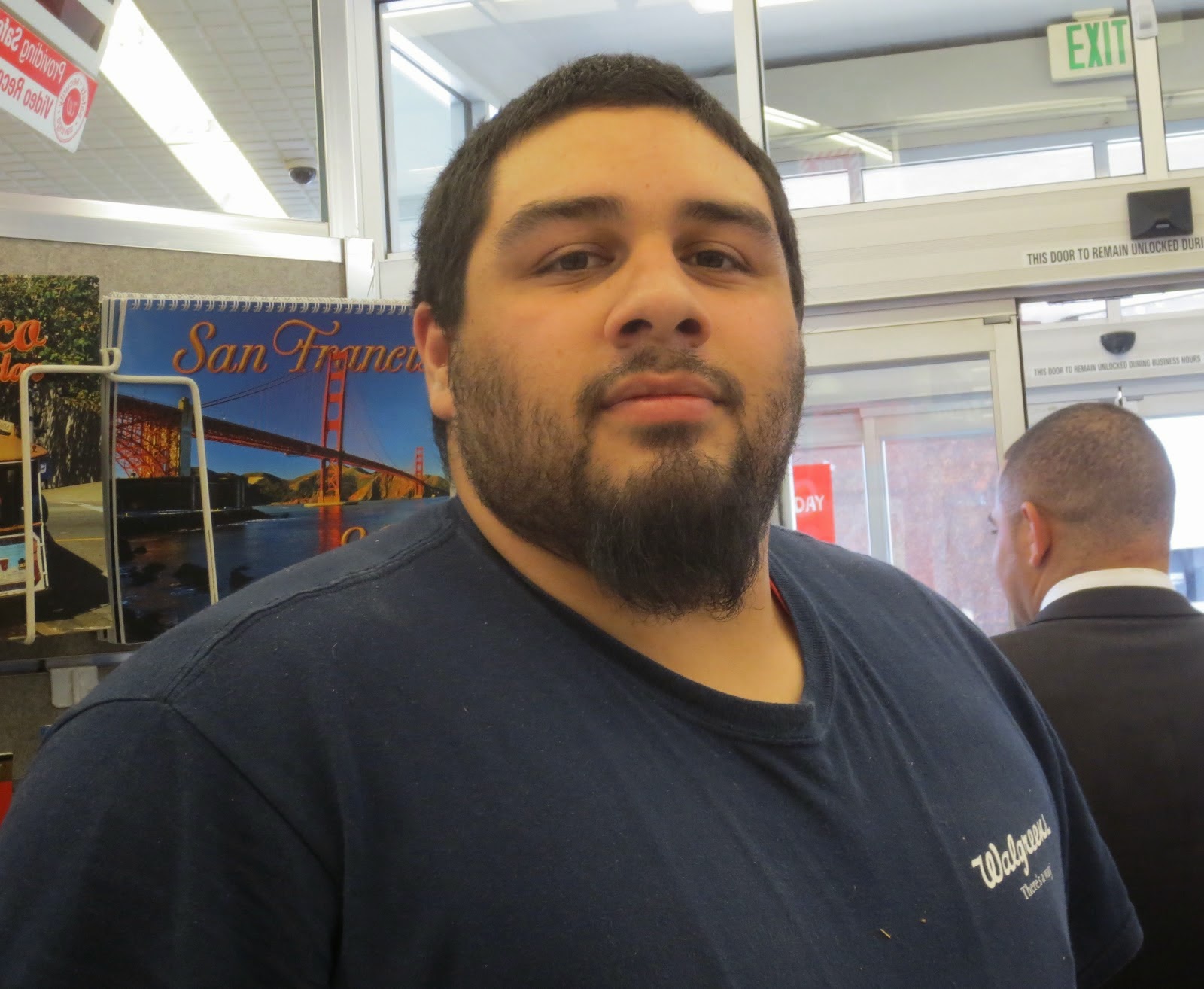 Here's Javier two years ago and it's clear in the two-years since I last took his photo and enjoyed a short chat with this friendly young man, he's been lifting weights. This beefy boy would delight many patrons of the Lone Star Saloon. 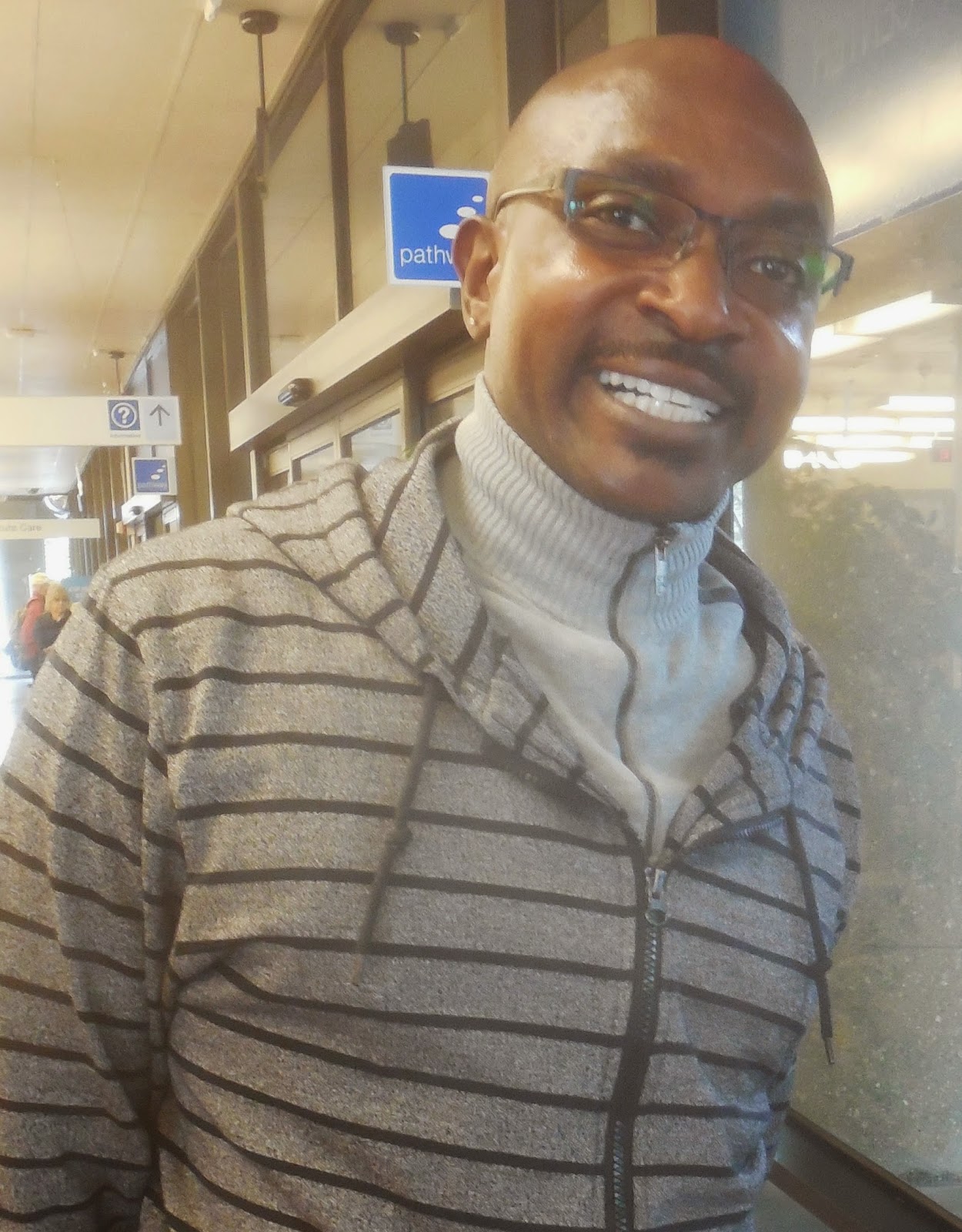 At UCSF recently for a blood draw and other medical business, my friend Mike was also there and came over to say hello. His smile and sweetness sure made the visit to UCSF more pleasant than I expected. He's moving to the East Bay so I won't run into him much and I'll miss that. 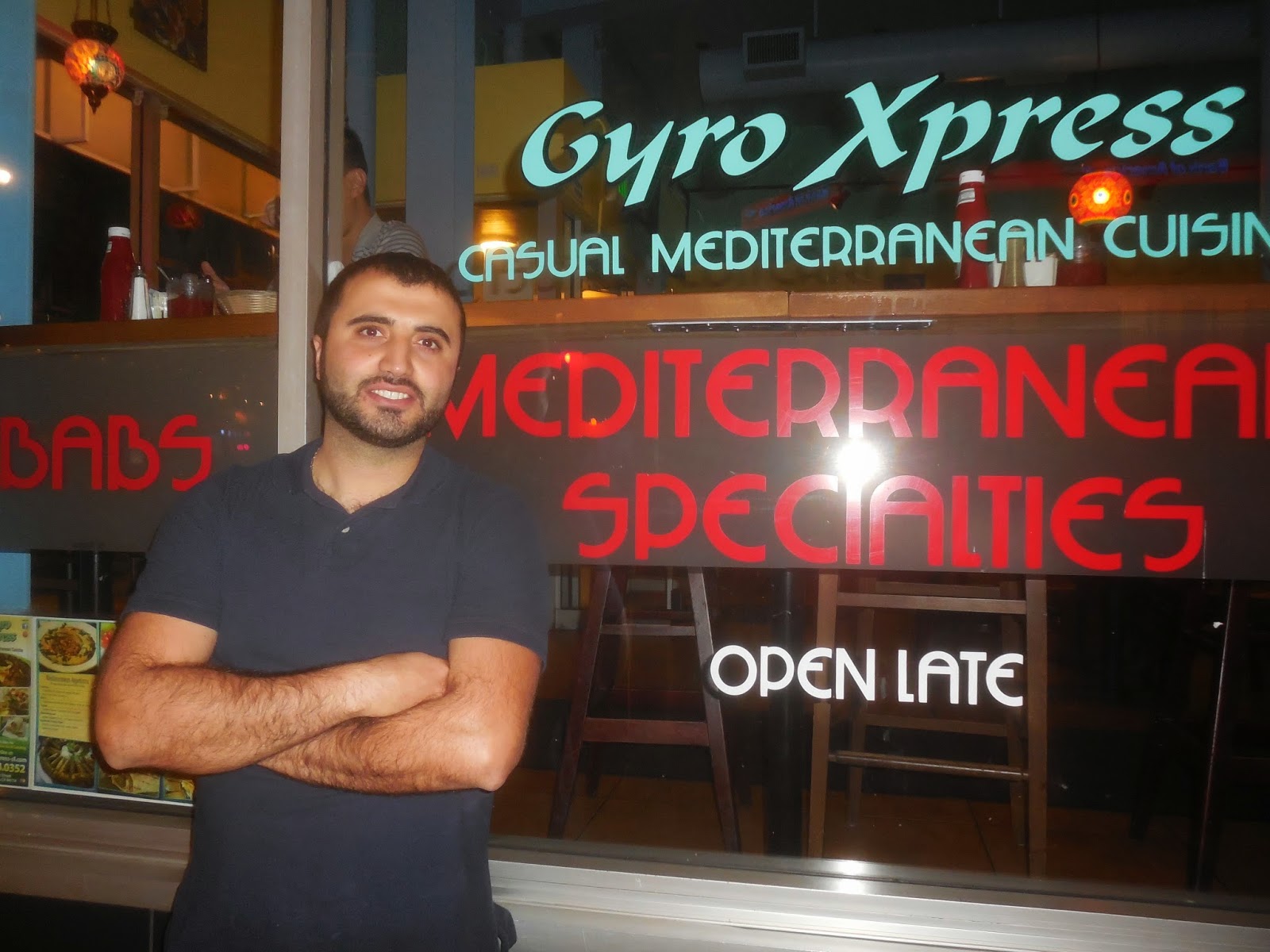 Say hello Cemo, a co-owner of the Gyro Xpress at Castro and 18th Street. He's originally from Turkey and is Kurdish. Stop in at his restaurant for delicious and healthy Mediterranean food, and tell him I sent you. His business is also a great location to watch the gay world go by. 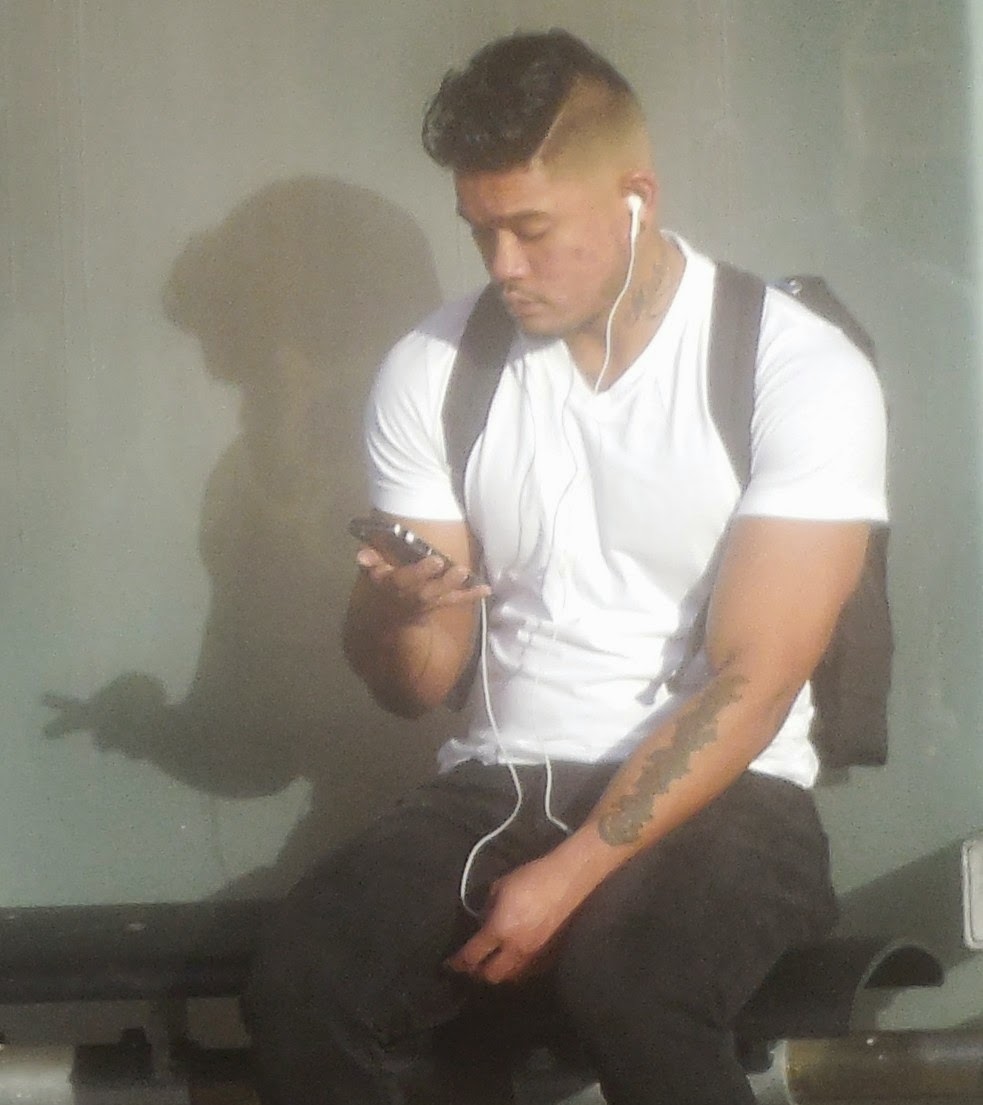 What a fab haircut this young dude was sporting on Polk Street recently waiting for a Muni bus. The warm weather sure gave him reason to show off his beefiness in a white tee shirt.

A group of union construction workers earlier this month milled about their headquarters at Fillmore and Hermann, with a lotta beef on display. 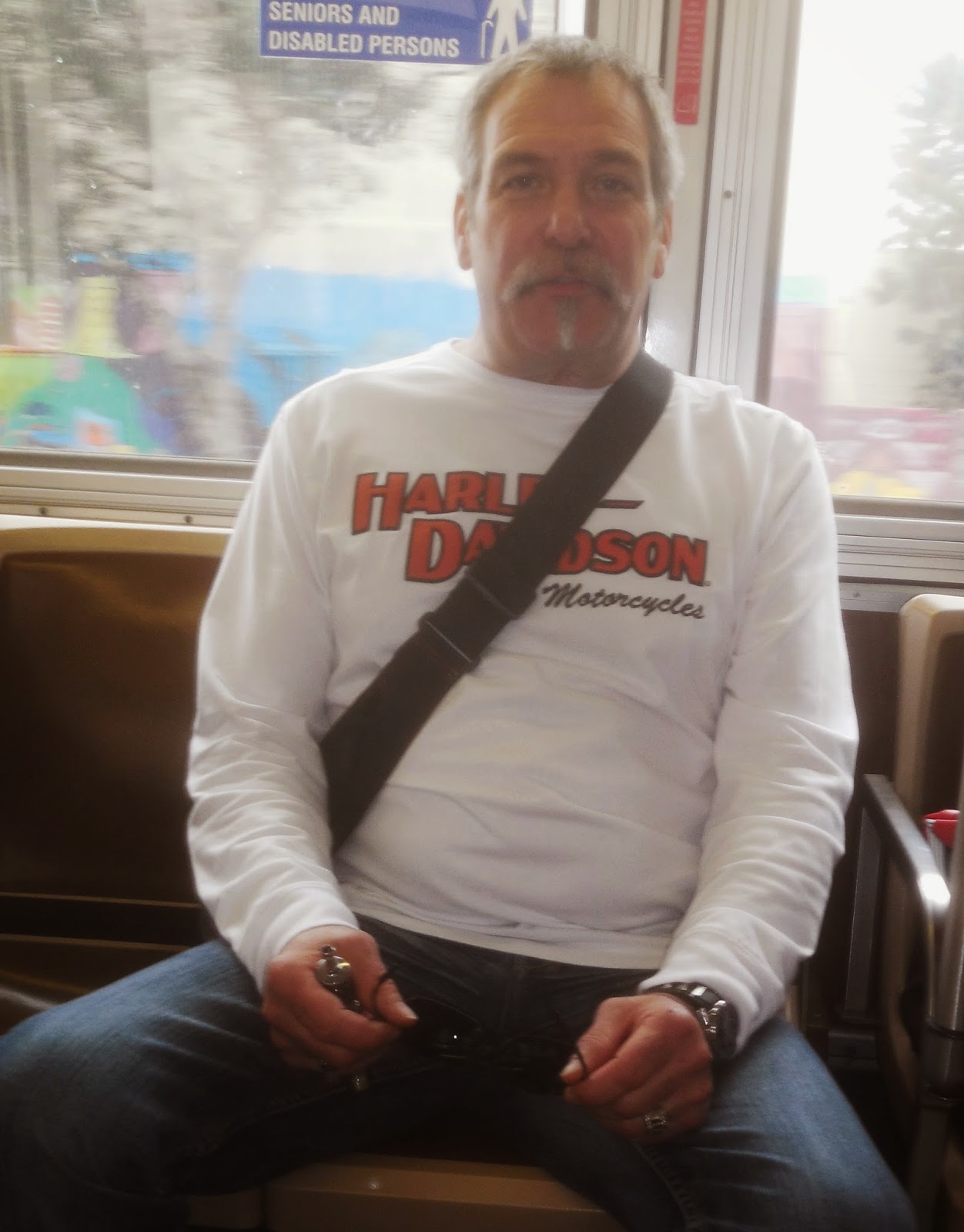 Drunk at noon and riding the 6 Parnassus bus last week was this biker, who said he was from Canada enjoying his vacation. He's straight, he claimed, and just hit the Big 6-0 and the present he gave himself was a week in San Francisco.

Merry holiday wishes to all the guys and thanks for appearing in this series.