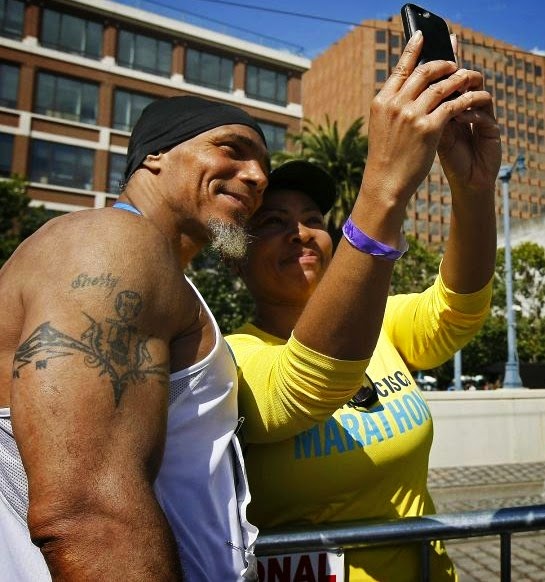 An important basic fact was omitted from a story in yesterday's San Francisco Chronicle about an advertising effort during December to humanize homeless people. Reporter Heather Knight failed to include the price tag for the social marketing campaign, explain where the money came from or if it was all done pro bono on behalf of the Coalition on Homelessness.

There is no information about the ads or images of them on the group's web site. I wrote to the coalition's leadership asking for this info and heard from Matthew Gerring, editor of their Street Sheet publication:

We did not use any money from our own budget. 100% of the ad campaign is funded by a grant we won that was specifically designed for projects like this.

We got a very deep discount from the company that manages advertising on BART and Muni, and labor for the production of the ads was provided pro bono by myself, a designer we're working with, and a friend of the designers who is a professional photographer.

People featured in the ads got a free lunch the day of the photo shoot.

We used as much of the grant as possible to cover our ongoing expenses in order to stretch our very, very small budget further. [...] We do not receive any money from San Francisco or US taxpayers, but we do sometimes benefit from internship programs funded by foreign public universities.

All these details are very appreciated but my central question of the cost of this social marketing campaign has not been addressed by the coalition. Between the Chronicle and the coalition, it sure would be great if one or both could inform the public about the price tag for the ads.
Posted by Unknown at 8:09 PM
Email ThisBlogThis!Share to TwitterShare to FacebookShare to Pinterest