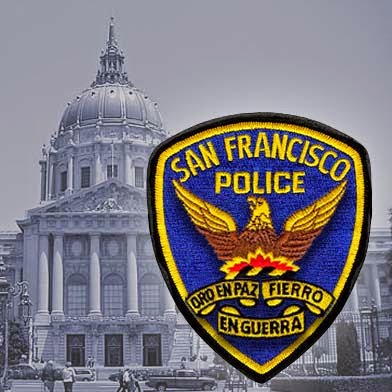 "Also, please inform me of any plans you have to spend taxpayer dollars to send SFPD representatives to New York City, if it's decided to have you or your officers travel to the East Coast.

"And if that is the case, let me know the approximate amount of any travel, lodging and related expenses for sending SFPD officers to the funeral.

"In closing, allow me to express my condolences to the families of the dead NYPD officers, Rafael Ramos and Wenjian Liu, and I deplore their killings. I also condemn the deaths of Alex Nieto, Mike Brown and Eric Garner and sympathize with their families too."

By the close of business today, Briseida Banuelos, legal assistant to the department, responded:

"The SFPD has not determined how many officers will be attending the funerals at this time. Members that wish to attend the service may request to attend.

"However, once approved, officers must fund their own travel as the City and County of San Francisco does not pay for these expenses.

"Once the funeral arrangements are received by the New York City Police Department, the San Francisco Police Officers Association will determine the number of officers, if any, will be sponsored to attend the services."

There clarifications are most welcomed. Good to know San Francisco taxpayers are not footing the bills for members of our police force heading to New York City.

I fully expect hundreds of local police officers and other law enforcement agents will from around the nation will attend the funeral of the two NYPD officers Ramos and Liu, and that is their privilege.

Let's just keep an eye on who's paying for them to be at the funeral.
Posted by Unknown at 10:35 PM
Email ThisBlogThis!Share to TwitterShare to FacebookShare to Pinterest