Gilead reaped a bounty of free and favorable publicity for its Truvada drug in the fall thanks to Supervisor David Campos, in the heat of a tight race for a state Assembly seat, introducing a resolution and holding hearings about the drug's use to stop HIV transmission. Here's what Liz Highleyman wrote in the Bay Area Reporter:

"The resolution, co-sponsored by gay Supervisor Scott Wiener and Supervisor Eric Mar, states that the city "supports the expanded use of PrEP as an important means for ending the HIV/AIDS epidemic," and asks the health department to submit by December 1 a plan to increase the use of PrEP that addresses educational and affordability issues."

I emailed Campos' office for copies of any emails about that deadline and DPH delivering a PrEP plan and his aide Nate Allbee replied that they had no such emails, and didn't respond to my question if the plan was otherwise sent to Campos.

DPH's director planning and policy, Colleen Chawla, shared this info after I contacted the department about the plan called for in the Supervisors' resolution:

"As you may know, Supervisor Campos’s supplemental budget request is to be used to hire navigators to help individuals access PrEP. Our plan is to contract out for these services, which requires a competitive bidding process. Because the timeline for this process takes us into the next fiscal year, this supplemental allocation will be rolled over into our budget for next year. Additionally, we understand that the Getting to Zero Consortium is also working on a more comprehensive proposal.

"In the interim, we have committed general fund to support three staff positions which were scheduled to end due to the expiration of grant funding.  Those staff positions also support individuals in accessing PrEP." 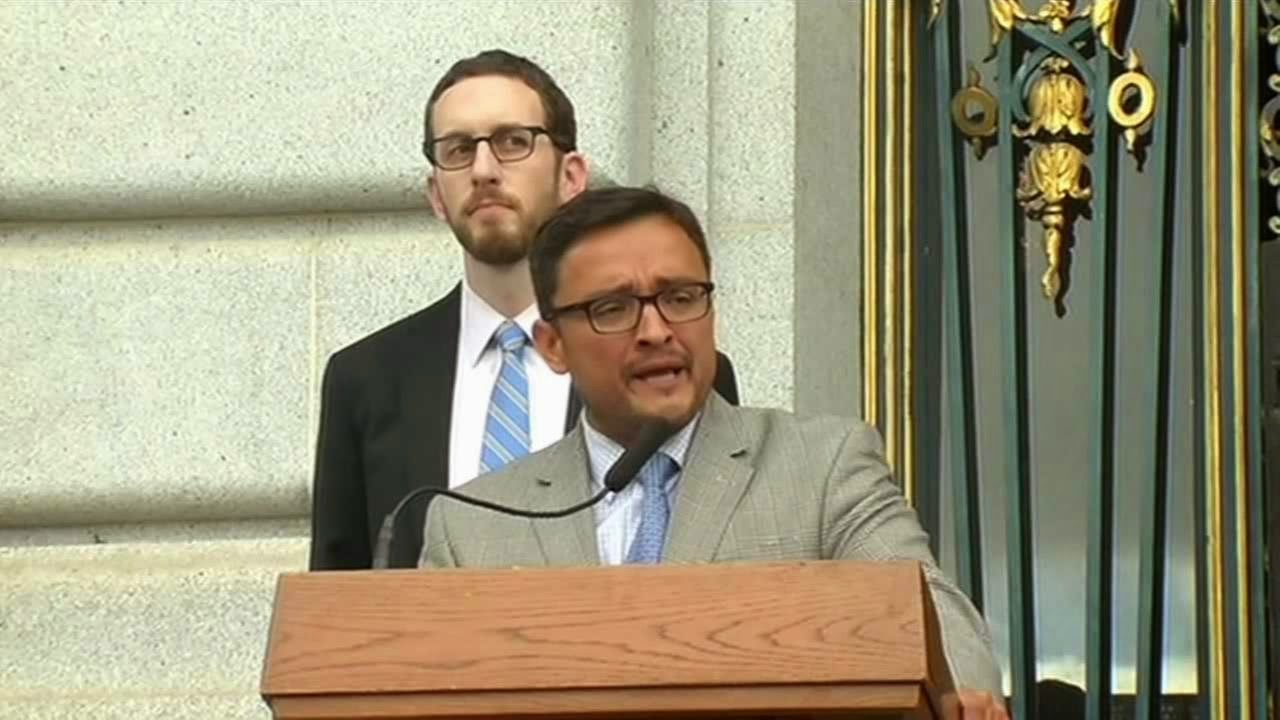 My reply to Chawla:

"So the $301,000 allocation to come out of Campos' efforts will be spent after Jan. 1, if I understand you correctly.

"What I'm trying to figure out is what exactly the Campos hearings and allocation accomplished this year, or will soon accomplish.

"Really thinking Campos parachuted in on PREP, then got scooped by Wiener disclosing he's on Truvada, a lot of good p.r. was generated by community groups for Gilead, a reso was passed with a small chunk of change attached and no major changes occurred.

"Meanwhile, as I wrote in my op-ed recently in the BAR, the Supes have not addressed the matter of Gilead greed on Truvada and hep C drugs.

"Why do I get the feeling that what Campos and Wiener did was more about them grandstanding, while Campos was in the midst of a tight race and Wiener is always out for self-promotion, but the DPH detailed work of dealing with at-risk folks, starting them on drugs then keeping them accessing them, and tackling pricing with drug wholesalers, was barely touched at the hearings?"

Back to Chawla for her final response in this thread:

"Certainly, the hearings raised awareness and, as you know, PrEP is just one component of getting to zero.  The allocation will be used in the next fiscal year, which starts on July 1, 2015.  The original subsidy program for PrEP envisioned by Supervisor Campos was not included in the final supplemental.  Affordability of PrEP will be enhanced by navigators and DPH staff who will maximize the use of Gilead’s patient assistance and co-pay assistance programs."

What came out of the fall hearings was great PR for the two gay Supervisors and Gilead, a huge amount of educational value from the mainstream and social media attention, and a few more bucks were kicked over to DPH. I approve of the allocation but not all the hoopla surrounding it.

As a longtime and loud critic of the DPH, I am going on the record lauding the department's various deputies and staffers for doing all in their power to get individuals insurance coverage to pay for their Truvada prescriptions or have access to it through Gilead's patient assistance program.

To be clear, DPH was and is doing an exemplary job on providing Truvada as PrEP to all who desire using it for HIV prevention reasons, while the Supervisors' grandstanding has had minimal impact and the direct, tangible outcome of their resolution won't start until the middle of 2015.

The Supervisors would do us all a huge favor if they scheduled hearings on the cost to the City coffers from the high price of Truvada and hepatitis C drugs Sovaldi and Harvoni, and use the anti drug price gouging ballot measure Prop D passed in 2013 as an integral component to treatment and prevention affordability issues.
Posted by Unknown at 9:45 PM
Email ThisBlogThis!Share to TwitterShare to FacebookShare to Pinterest