One name was missing from the recently released list of civilians killed in officer-involved shootings by members of the San Francisco police force, that of Sheila Detoy, a young woman shot while riding in a car of unarmed people one of whom was wanted on an outstanding drug warrant. The names of the dead since 1980 were made public due to my public records requests.

The Detoy omission led me to followup with the SFPD questioning how they compiled this list and the answers are revealing. The addition of her name to the list means there have been 84 OIS deaths since 1980 and not 83 as previously reported.

Here's the email from the department's legal counsel Maureen Conefrey, with underlining added:

The following is the response from Lt. Plyer of the Homicide Detail to your most recent request:

1) Attached is the list with Sheila Detoy's name added.

2) There is no "master list" of OIS fatalities. We were asked for the information and we looked through records that have been kept here over the years to provide the most accurate response we could.

3) If there is a change in the way police department records are kept, you will have to contact the Police Commission.

4) Is there a possibility that an OIS death case was "inadvertently" left off the list? Certainly it is possible, but I guarantee that nothing was left off on purpose. Most of these entries, going back to 1980, were made years ago. Were they all accurately documented? Are they always easy to interpret now? The mistake with the Detoy OIS was because it showed as an OIS but the suspects were charged with manslaughter for their participation in the crime and her death. If you did not have personal knowledge of what happened it would be easy to leave her off the original list and we did. That was not done on purpose.

While the department doesn't keep a master list of OIS deaths, there is one for officers killed in the line of duty. The names of the dead law enforcement officials are engraved in granite in the lobby of the entrance to the Hall of Justice where police brass are headquartered. Where's the comparable public memorializing of OIS civilian deaths? 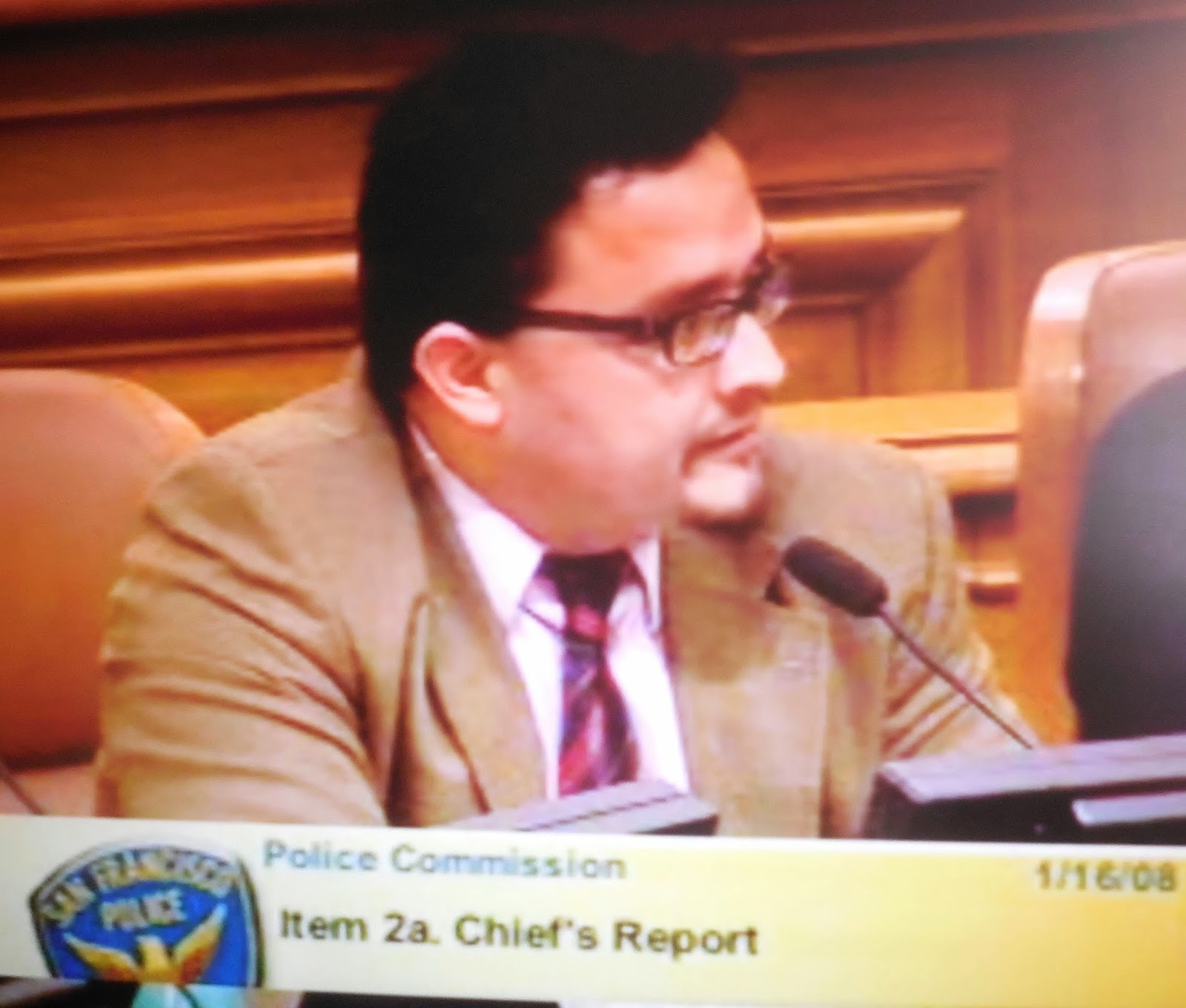 In the back of my mind, I was vaguely aware that the commission could direct the department to establish and maintain the OIS deaths list of names and I'm glad the SFPD reminded me of this fact. Something so simple as making a list and up to now no one has requested it, and it happens to be this good government advocate.

Despite having progressive David Campos, pictured, on the police commission for three years from 2005 to 2008, not to mention transgender leader Theresa Sparks serving as president for a number of years, and Alice B. Toklas lawyer Julius Turman currently on the commission, and other liberals on it, none have seen fit to push the police to create the OIS list. I got it done to bring more accountability to the SFPD.

One more reason why I ask you to support and donate to my race for District 8 Supervisor this November. Please like my campaign Facebook page and consider making a donation via PayPal using the Petrelis4Sup2014@aol.com addy.

The date of the commission's next hearing has not been set as of today.
Posted by Unknown at 12:05 PM
Email ThisBlogThis!Share to TwitterShare to FacebookShare to Pinterest