Kudos to reporter Chris Roberts who yesterday had a cover story in the SF Examiner about a gay man living with AIDS facing eviction from his loft. The one bright spot in this matter is that this guy is being offered a market rate apartment in the city, something rarely happens with other people dealing with an eviction notice.

A reminder. Last October, KQED published a story about gay men of a certain age living with HIV in the Castro district, either homeless or facing eviction, and it was pointed out that they had survived the challenges of AIDS, but maintaining their wellness was seriously challenged by lack of affordable housing.

I believe that mainstream media coverage and attention from bloggers and via social networks, can assist folks facing eviction in either helping them retain their current housing at an affordable rate or obtaining increased compensation from speculators. Just one reason why I'm blogging about the Ex story today. 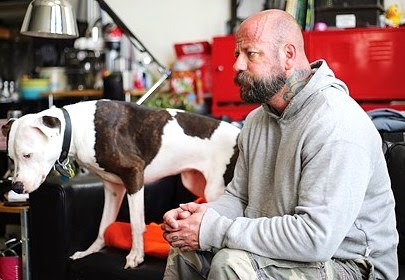 Live-work lofts were a flashpoint during San Francisco’s first dot-com boom over a decade ago, and now they are again wrapped up in a city housing controversy. No tenants are feeling this more than those living in the several Potrero Hill and South of Market buildings that comprise the Bennett Lofts, where an eviction crisis is threatening to develop. [...]

Jon Stoa moved into his airy ground-floor loft on Pennsylvania Avenue in Potrero Hill in the early 2000s. He’s not anti-tech — in fact, he worked for Apple as an art director on one of the most important projects in the Silicon Valley titan’s history, the launch of the first iPhone. [...]

Stoa and as many as 24 other households in the Bennett Lofts -- 147 units in two buildings in Potrero Hill and three in SoMa — received eviction notices last month from property owner Essex Trust. [...] The company is using the “discovery” that it bought illegal units as a pretext to get tenants like Stoa to vacate by June 1 [...]

If Stoa leaves the Bennett Lofts, he will be given 60 days to move and $500 in relocation assistance — or $1,000 if he agrees to move to a market-rate unit at another Essex property, such as Fox Plaza on Market Street. “That won’t even cover the U-Haul,” he said.

Despite the pressure from city officials, there appears to be little they can do to help Stoa — who said he has lived with AIDS for 20 years and is on full disability following a motorcycle accident — or his neighbors.
Posted by Unknown at 9:53 AM
Email ThisBlogThis!Share to TwitterShare to FacebookShare to Pinterest