The czar of the AIDS Healthcare Foundation's empire is Michael Weinstein and according to his organization's most recent IRS 990 for FY 2012, his salary that year was officially $398,650. I know this not because Weinstein is committed to transparency. He refuses to post AHF's tax filings on their site, something I've kvetched about for years.

However, because I am familiar with IRS statutes require a nonprofit to provide members of the public a copy of their latest tax filing the day it is accepted from the accountant and filed with the Treasury Department, is the day they have to make the 990 open for public inspection, I requested the 2012 filing in January. AHF emailed me an electronic version of it and I've now posted on my Google docs page for all read. Click here to read it.

That salary amount for Weinstein is not such an outrageous amount when considering AHF's revenue was over $514 million, pictured. The chief financial officer Lyle Honig explained:

I wanted to point out that page one does summarize the financial information with identifying $188,296,151 in revenue. Please review Schedule D Part XI. This section reviews the Reconciliation of Revenues and Expenses between the Audited Financial Statements and the Revenue and Expenses reported on Page 1. Please find line 1 Total Revenue, gains, and other support per audited financial statements identifying the total $514,734,211.

The reason why I've posted the AHF filing is because Weinstein is facing much-needed criticism and controversy over his comment that Gilead's drug Truvada, when used by sexually active gay men, equals a party drug and I am doing my part to make as much of AHF's financing as transparent as possible. 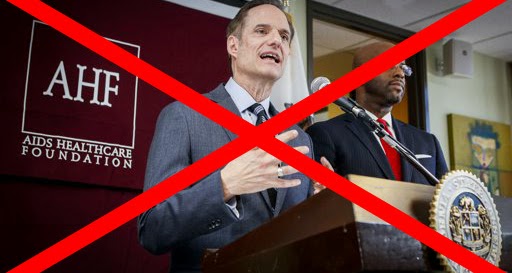 Down in Los Angeles, leather and AIDS leader Eric Leue has started a petition calling for Weinstein to be removed and more than 2,000 people have signed it. Leue and others are also pushing the Twitter hashtag #RemoveWeinstein to build awareness about this campaign to hold this executive director accountable.

In 2012 the FDA approved the medication Truvada for use by people at high risk for HIV—including gay men, sex workers and HIV-negative individuals in relationships with people living with HIV—to help prevent transmission of the virus. Yet rather than embrace Truvada, one of the most revolutionary developments in the history of the AIDS epidemic, Weinstein poured considerable resources into fighting its approval, and called the HIV-prevention pill "a party drug." This statement needlessly stigmatizes individuals trying to protect themselves from AIDS by likening them to illicit substance abusers.

Truvada ain't no party drug and we don't need AIDS executives stigmatizing it that way not to mention adding stigma to men using Truvada for PrEP purposes. 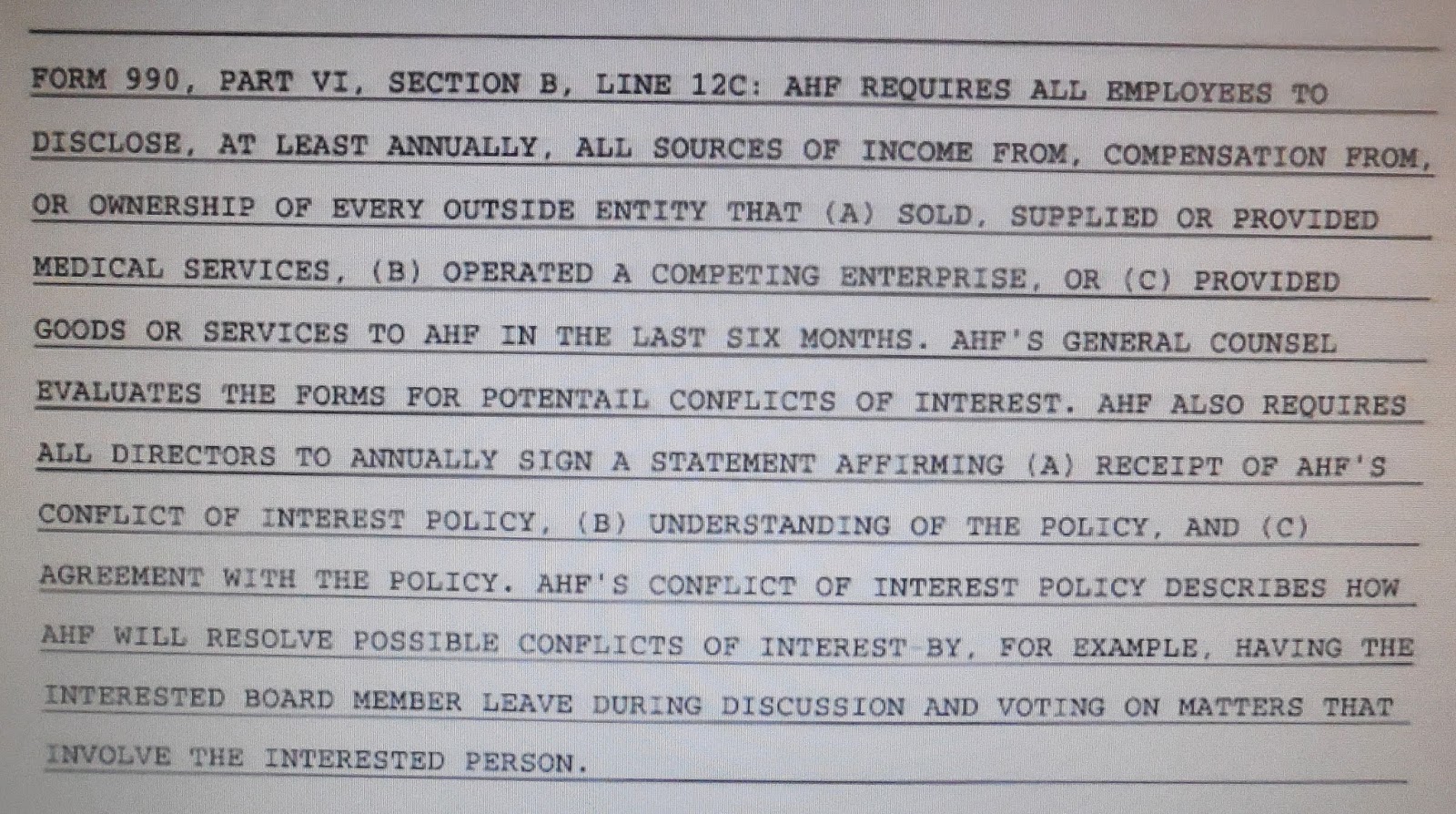 I would like Weinstein to not only post his five most recent IRS 990s on the AHF web site, but to also fully disclose all sources of his income. Does he own stock in condom or drug or medical devices corporation? Some activists speculate that he has income way above the $398,650 listed on the FY 2012 filing and the AIDS community needs for Weinstein to be way more fiscally transparent.

Let the sun shine in!

Posted by Unknown at 5:08 PM
Email ThisBlogThis!Share to TwitterShare to FacebookShare to Pinterest

How wonderful to hear from you, Len! Hope you are well and thriving back East.