Here's the latest news on my complaint from March 31 to the head of the Department of Public Works Mohammed Nuru and his public information officer Rachel Gordon, requesting immediate deletion of the filthy rainbow banners flying on many City utility poles in the Castro.

My public records request for DPW's emails on the matter pried loose 71-pages of correspondence and I've posted the PDF here, for all interested parties to read. 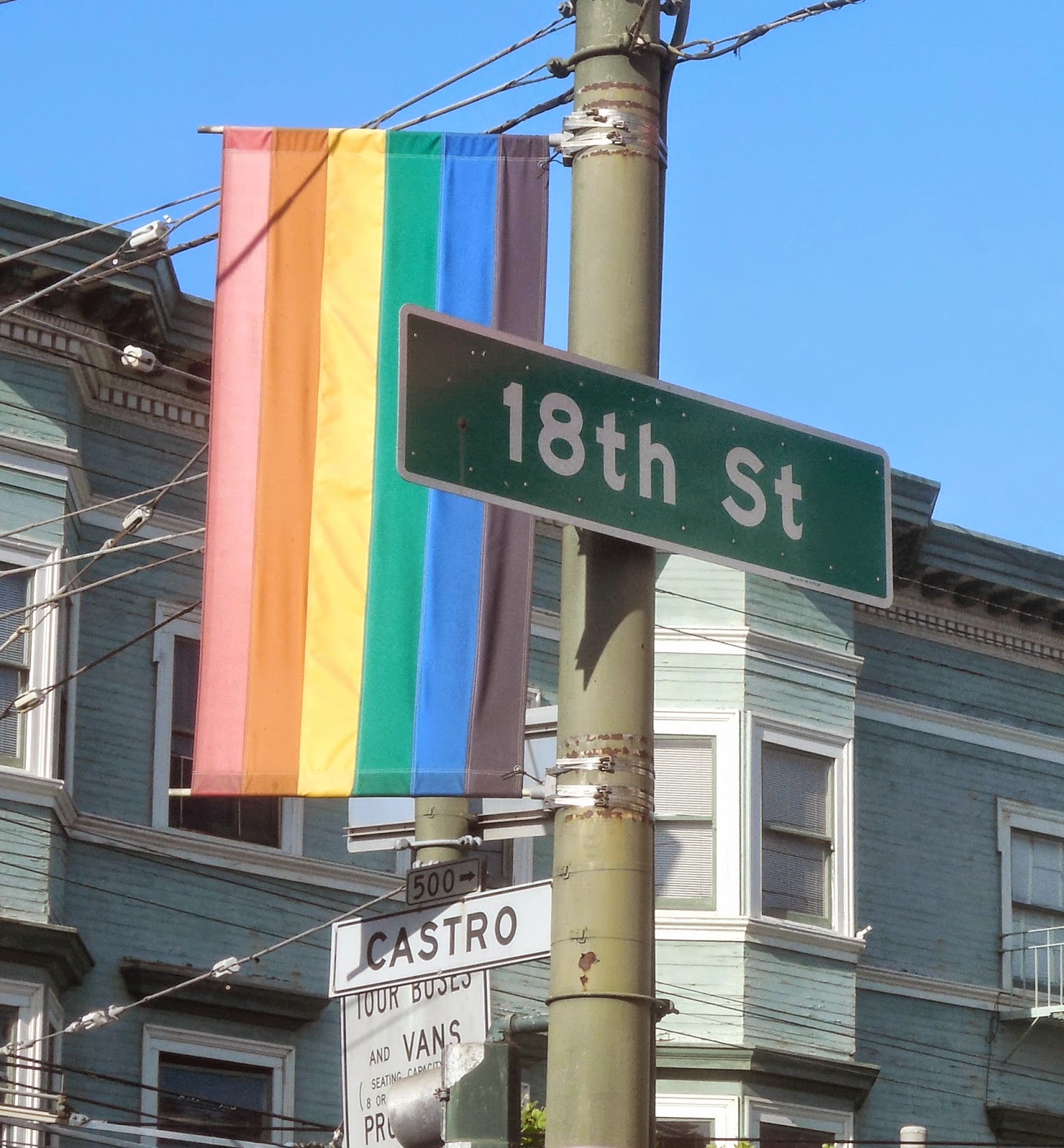 I must give full credit and thanks to Mohammed and Rachel, and their colleagues at DPW, for moving so quickly to resolve the matter. They reached out to District 8 leaders Andrea Aiello of the Castro Benefit District Richard Margary of the Merchants of Upper Market Castro, and Joe Wagenhofer of SF Pride, and the incumbent member of the Board of Supervisors, and everyone's been in communication with each other via writing except for the Supervisor.

As you read over the 71-pages, notice that not one email was sent from the Supervisor's officer but his views have nonetheless been conveyed to MUMC and DPW, most likely verbally over the phone. Frankly, I would have expected any supervisor for District 8 to communicate in email with all these stakeholders and find it odd nothing in writing apparently has been shared with DPW from his office. It may be that the incumbent is following Willie Brown's dictum of don't write a damn thing down that then becomes a public record. 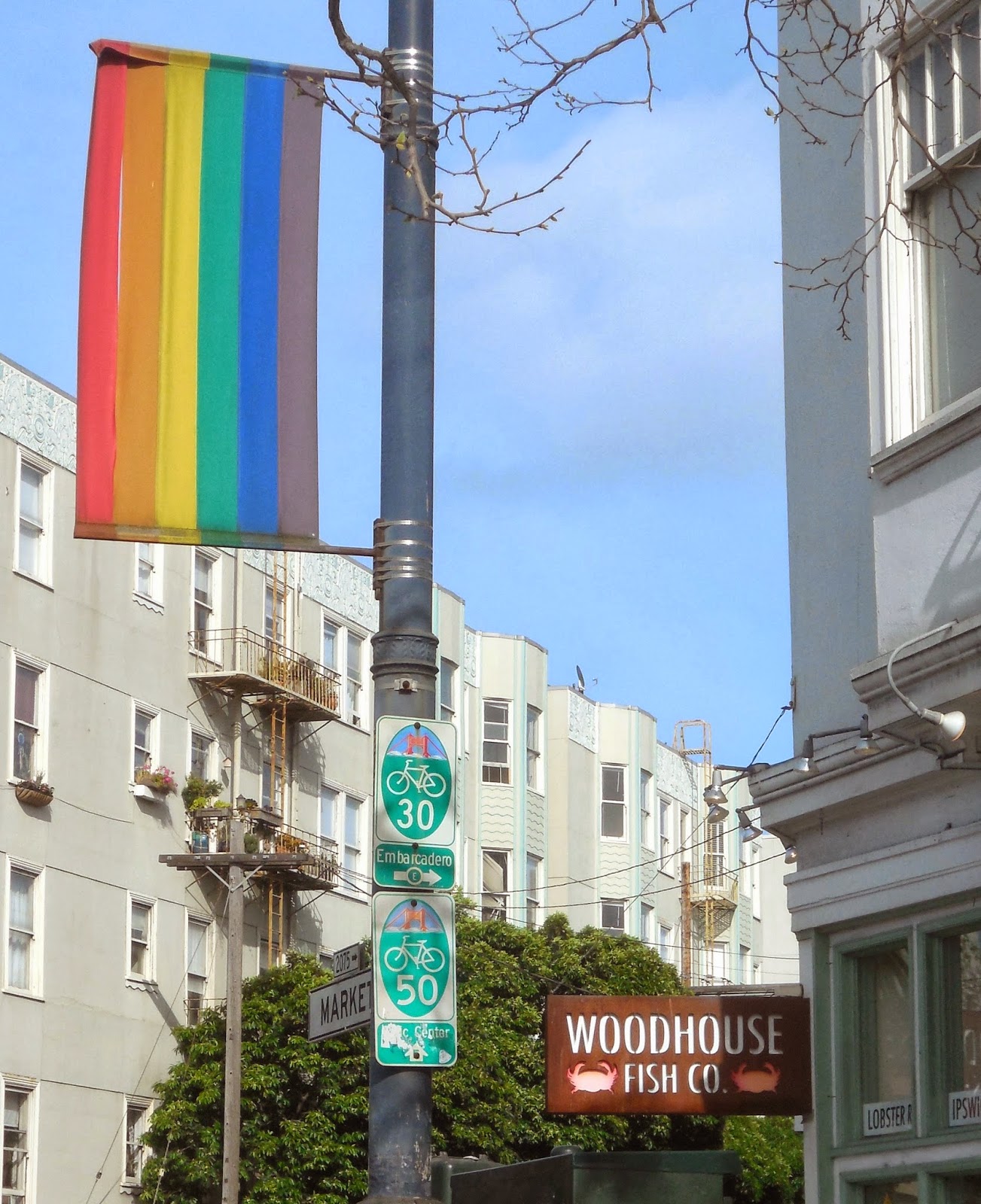 What the emails show is that DPW's chief agrees the faded and dirty flags need to be removed and quickly too, DPW has researched who holds permits for the banners and who is responsible for maintaining them, taking an inventory of the banners regardless of permits, and getting them down.

I will advocate that DPW reject the very self-serving assessment of Margary of MUMC of the banners under the domain of his group, who maintains his tour of the gayborhood's rainbow banners reveals many of the flags are just fine and dandy for continued display. Um, this is like New Jersey Gov. Chris Christie and his team investigating Bridge-gate and finding no fault whatsoever on his part.

The flags are filthy and need to be removed and replaced, to rid the beautiful Castro of this blight that MUMC has allowed to flourish. Let's see if DPW has a clear plan by the end of the week for dealing with the banners and my complaint.

Some emails of interest and MUMC's permit: 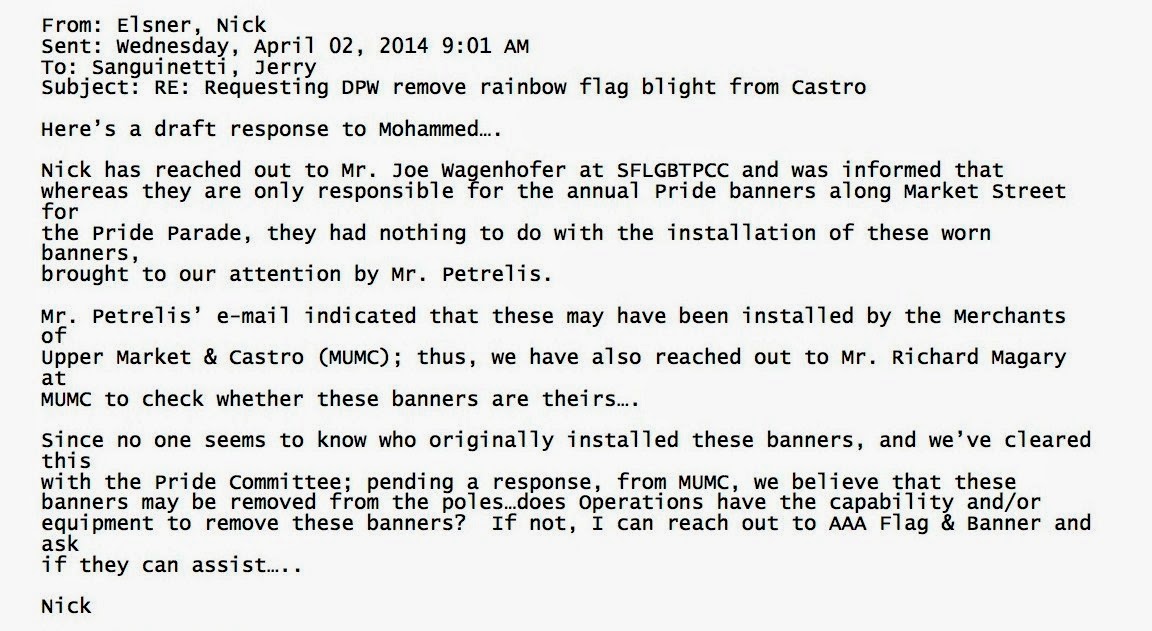 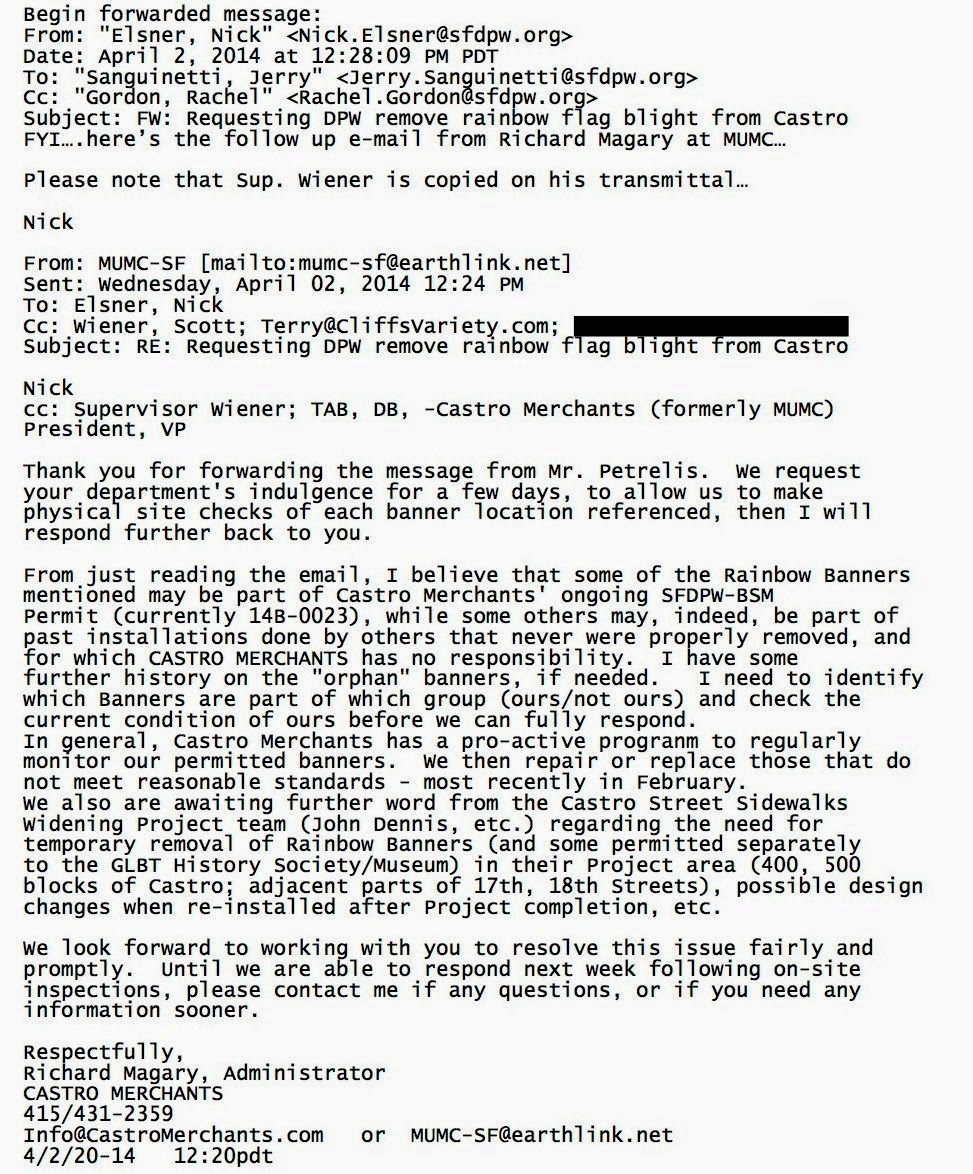 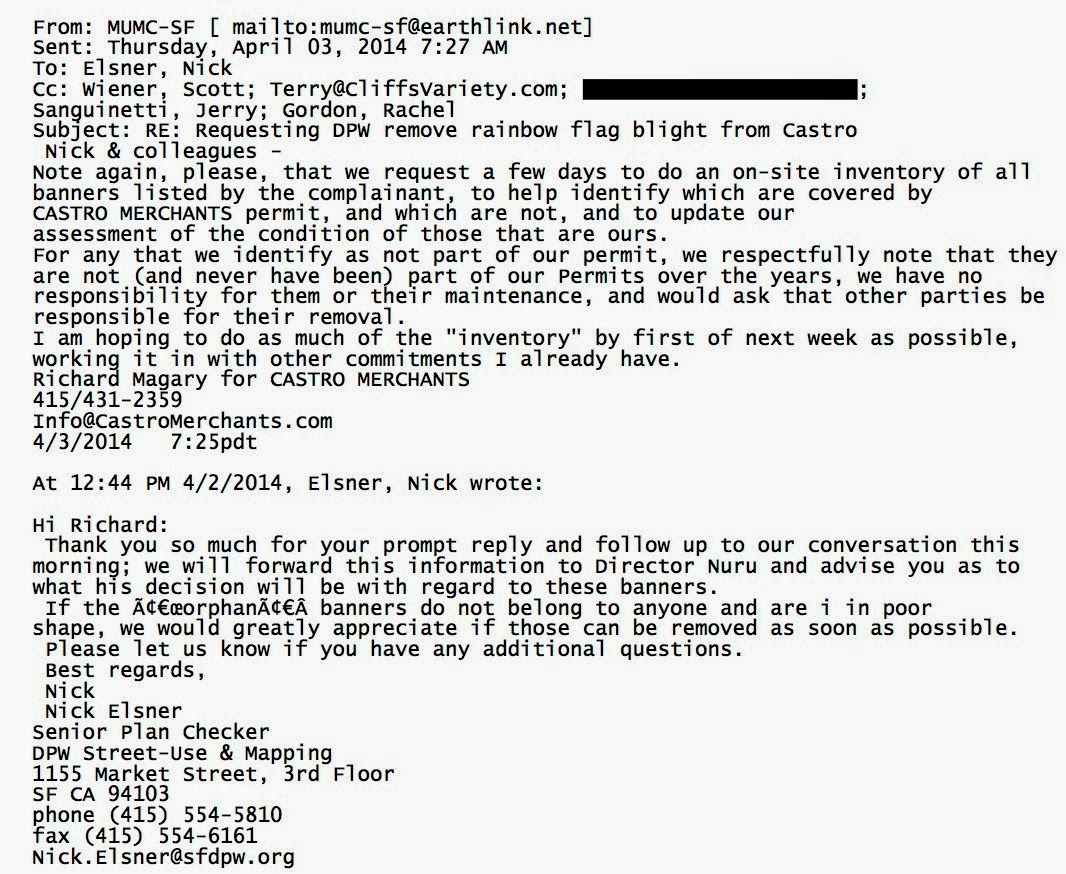 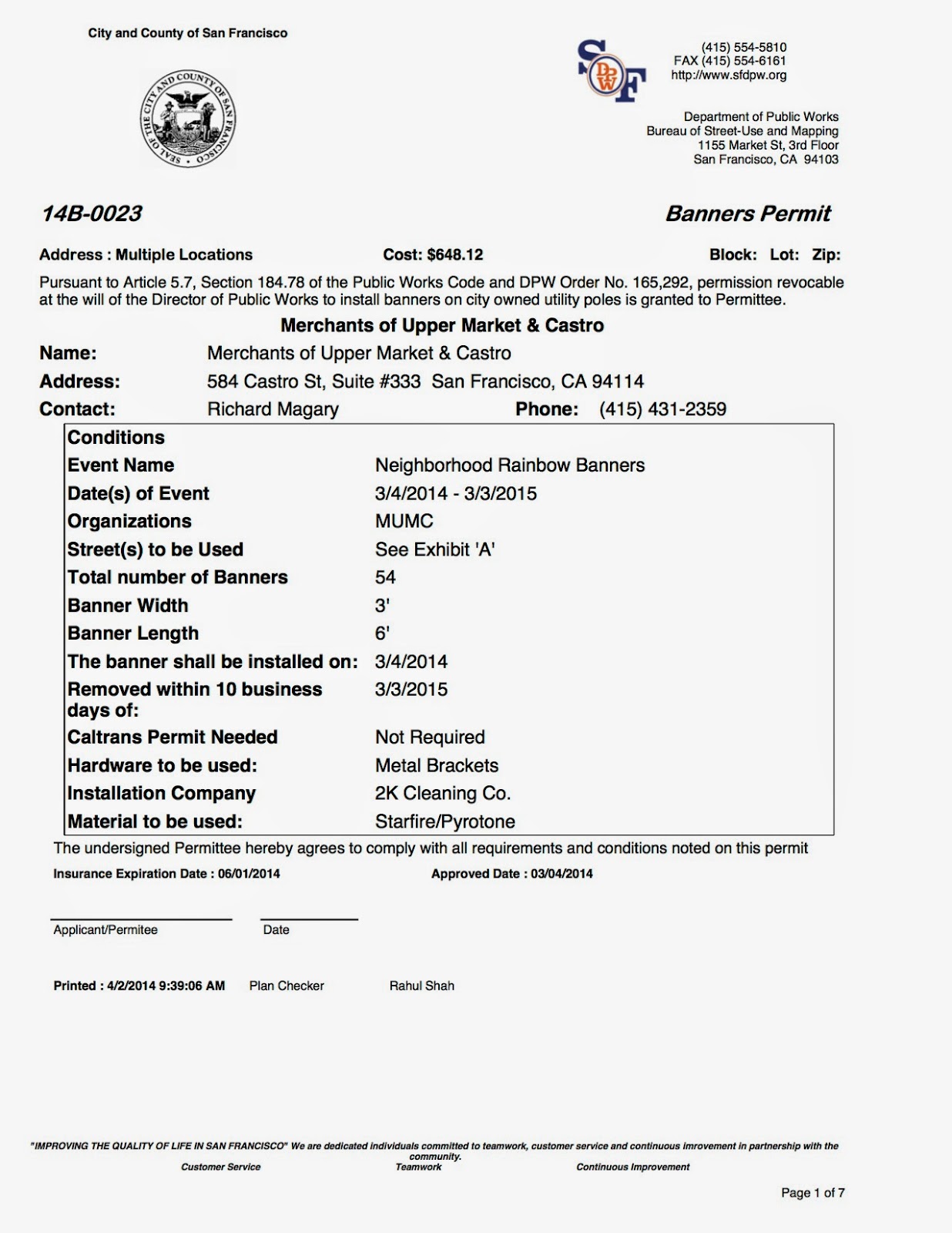 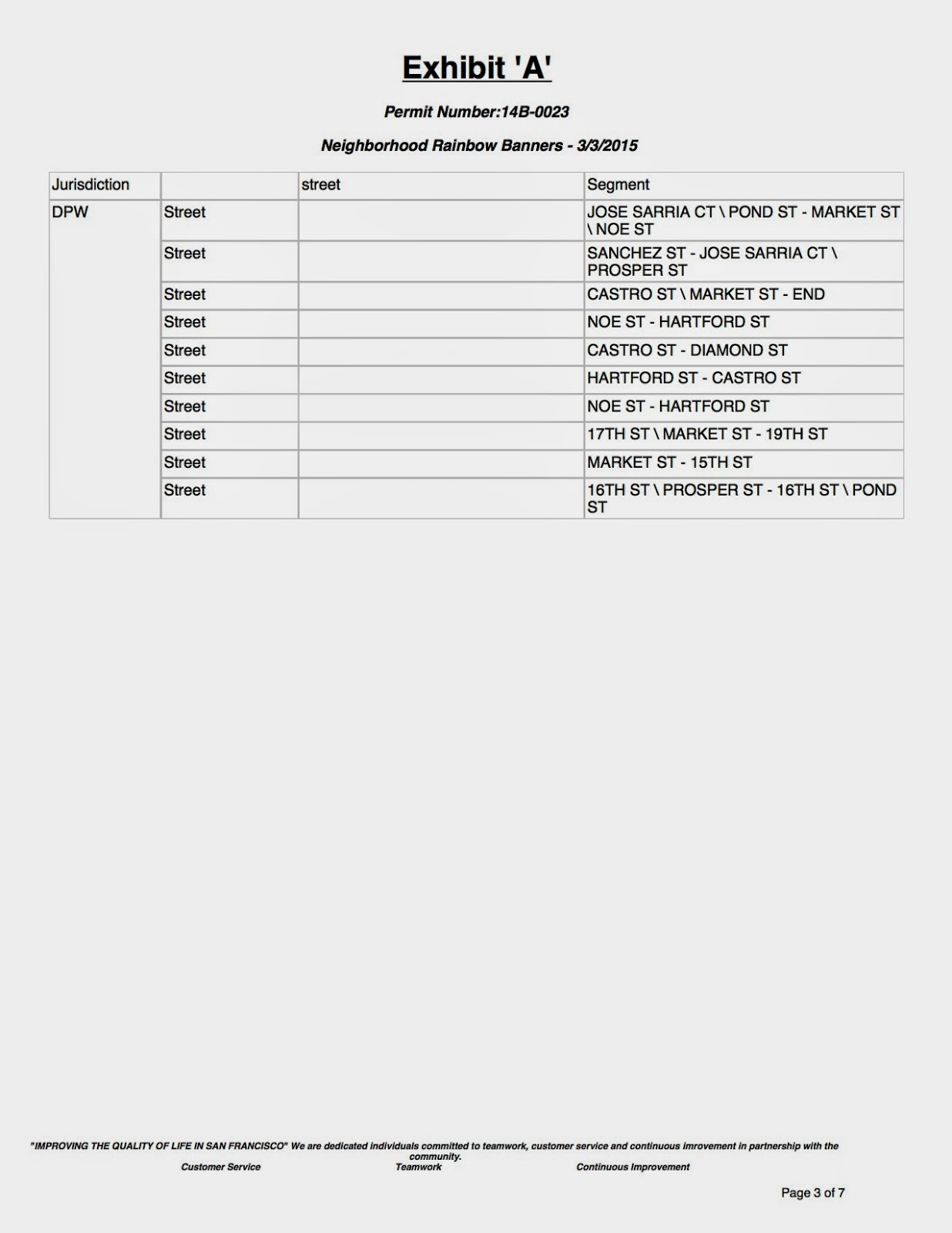 Posted by Unknown at 10:26 PM
Email ThisBlogThis!Share to TwitterShare to FacebookShare to Pinterest