There are hundreds perhaps thousands of homeless lesbian, gay, bisexual, transgender or questioning homeless youths in New York City's five boroughs, and I don't know if a single one was in any way assisted by the Ali Forney Center's full page Open Letter ad in the national print edition of the New York Times. The ad ran on April 13.

Penned by the nonprofit's executive director Carl Siciliano, the ad was a plea to Pope Francis on behalf of troubled gay youths needing housing, healthcare and other basic necessities. As far as I know, the Pope has not replied to Siciliano.

Pardon the expression, but Lord knows I have no problem provoking the Catholic Church and its leaders in the Vatican and the center's New York Times ad was designed to elicit a response. Nothing wrong with that necessarily, but I was curious how much the ad cost and was fully aware that gay furniture executives paid the tab for it. I sent my own Open Letter to Siciliano requesting info about the cost and he replied:

The ad was paid for by the furniture company Mitchell Gold + Bob Williams, so you should consider directing your inquiry there. The Ali Forney Center had no involvement in the payment of the ad.

Just like the Pope brushing him and his concerns off, Siciliano was unwilling to find common ground with me about this transparency issue. I wrote back that while the center had no hand in the actual payment, I would expect him to at least know what the ad cost and requested more communication with him. If he doesn't know the price tag amount, he should. Siciliano is ignoring my pleas for dialogue. 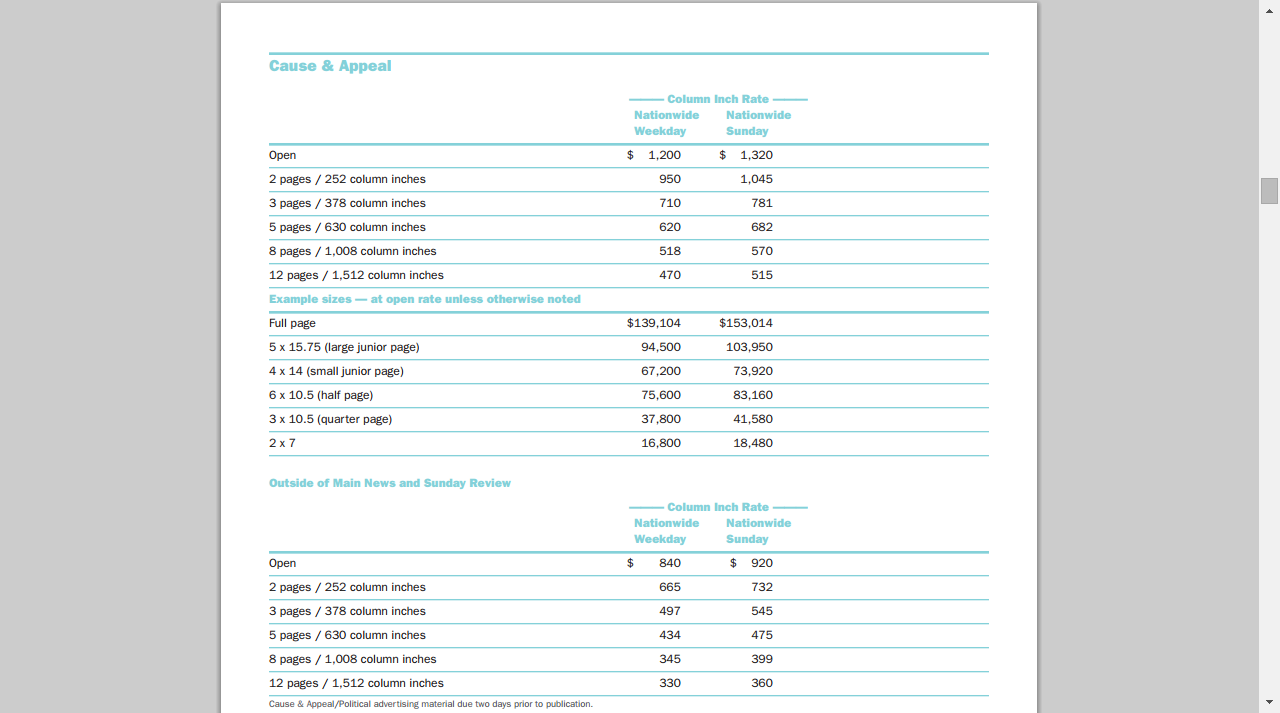 The New York Times' rate card shows a full page ad in the national print edition costs between $139,000 and $153,000. That's a healthy chunk of change paid out by Gold and Williams. In my view, the funds were wasted on a PR stunt that did nothing of direct benefit to Ali Forney Center clients, but sure bought a lot of gushing media and blogger coverage.

Using the $150,000 potential cost for argument's sake, I say that money could have been put to much better use paying for motel vouchers or subsidizing apartments for homeless New York City gay youths.

From the Washington Blade to GLAAD to Q-Notes to Bilerico to the National Catholic Reporter to Pink News UK and a whole host of other online sources, no one reported the cost of the ad or asked what the amount was and how and if the ad would actually help a homeless gay young person find a warm bed and good meal this week.

I hope Siciliano agrees to communicate with me about the ad's impact on his clients and if the money was wisely spent.
Posted by Unknown at 11:51 AM
Email ThisBlogThis!Share to TwitterShare to FacebookShare to Pinterest

ugh! repulsive and so many needed this kind of funding for programs