On Saturday afternoon, once my campaign kickoff for District 8 Supervisor was completed, I was at Market and Church Streets. Two handsome gay dudes each with a wheelie piece of luggage, asked for directions to the bed-and-breakfast on Henry Street.

I gave them advice to find the place and looking at the taller of the two, his face really came into focus and I thought it was an acquaintance named Ed from the original ACT UP chapter in New York City, during the dark plague years of the 1980s.

Stating that I thought he was someone I knew from that time and wondering if his name was Ed, he smiled and said indeed he was an ACT UP vet but that his name was Bill Dougherty. We both were elated having this mini ACT UP reunion on a San Francisco street.

Bill's partner snapped these photos of us and we had a quick catching up session. I can't quite put into words just how happy I was seeing Bill again and learning a small piece of his life today. Hoping he and his partner enjoyed their time in San Francisco, and bet a few of our ACT UP/NYC colleagues are pleased to see us together.

ACT UP! Fight back! Fight AIDS! 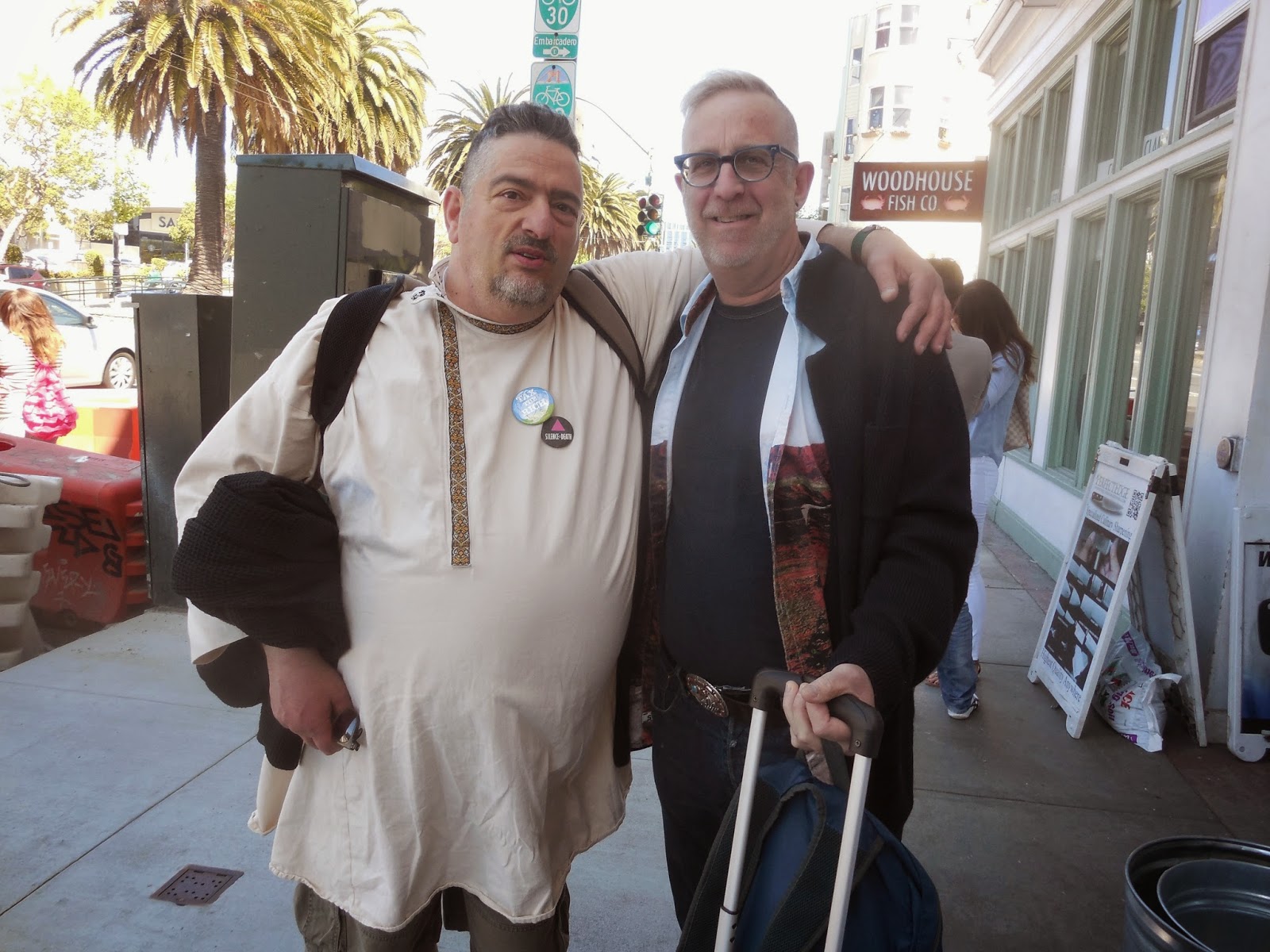 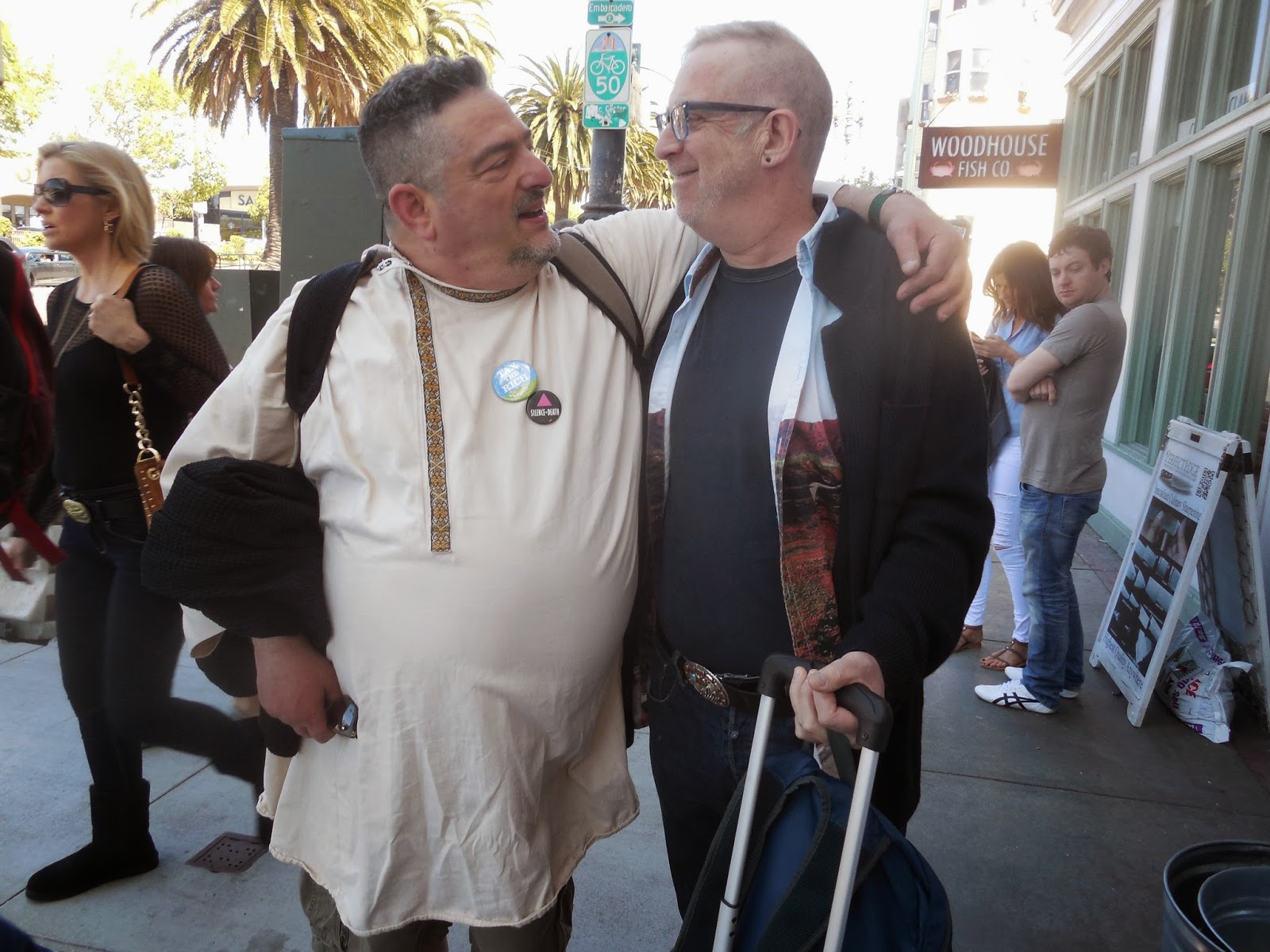 Posted by Unknown at 1:28 PM
Email ThisBlogThis!Share to TwitterShare to FacebookShare to Pinterest