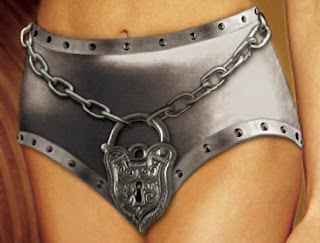 Today's Washington Post reports on a huge windfall for proponents of abstinence -- hundreds of millions of dollars for programs that advocate a no-sex approach to stop teen pregnancies and STDs. Where is our fierce and realistic advocate for sane pregnancy and HIV prevention policies?

I'd sure like to hear from gay White House staffers Brian Bond, the gay liaison, and Jeff Crowley, the head of the Office of National AIDS Policy, about the supposed benefits behind allocating so much money for abstinence programs long-debunked by scientific research. Anyone care to wager that Bond and Crowley don't say a thing about this outrageous waste of money?

A little-noticed provision of the health legislation has rescued federal support for a controversial form of sex education: teaching youths to remain virgins until marriage.

The bill restores $250 million over five years for states to sponsor programs aimed at preventing pregnancy and sexually transmitted diseases by focusing exclusively on encouraging children and adolescents to avoid sex. The funding provides at least a partial reprieve for the approach, which faced losing all federal support under President Obama's first two budgets. [...]

Posted by Unknown at 4:43 PM
Email ThisBlogThis!Share to TwitterShare to FacebookShare to Pinterest