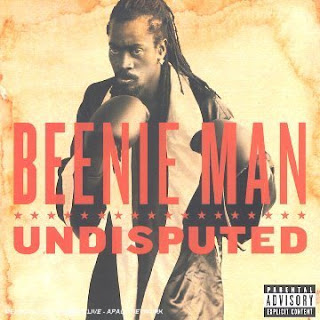 Reggae Hate Singer to Perform in NY;
Call 585-546-3887 to Protest
Another homo-hating musician from Jamaica is coming to America to make a profit from his music. In recent months, I've worked with activist colleagues to apply pressure on other hate singers from Jamaica, Buju Banton and Capleton, and over the weekend I was contacted by two friends concerned about Beenie Man coming to perform in Rochester, NY, this Friday, March 12.

Mitch Trachtenberg, a key leader in the campaign that forced Capleton to cancel performances last month in California and who operates the Humboldt Against Hate blog, has alerted the gay community about Beenie Man's upcoming concert back east.

Trachtenberg, along with longtime gay writer and advocate Jay Blotcher and myself, are asking anyone wanting to put an end to murder music that advocates bashing and killing gays, to contact the Water Street Music Hall in Rochester and let them know you don't approve of any singer calling for the physical harm against any group of people.

Emails should be sent to: waterstreetmusic@aol.com .

Back in September, this Rochester club allowed Buju Banton to perform, prompting a picket by the local Gay Alliance Anti-Violence Project.

This is the letter Jay sent to Rochester's Mayor Robert J. Duffy over the weekend. We hope he will take a strong and public stand against murder music performers and the Water Street Music Hall club, for booking him or anyone who advocates violence.

I am Jay Blotcher, who interviewed the Mayor and Brie in the fall of 2007 for The Maxwell Perspective, the Syracuse University alumni magazine.

I am writing today as an individual interested in human rights. This is not an SU appeal, nor is it connected with the school.

A singer whose lyrics call for "a new Jamaica, come to execute all the gays" and who has sung of hanging lesbians "with a long piece of rope" is scheduled to perform in Rochester on March 12 at the Water Street Music Hall. The singer is named Beenie Man. If this man were singing "lynch the blacks" or "burn the Jews," people would be in uproar. But because he sings of killing gays, there is no outcry.

I am hoping you will make the Mayor aware that even singers with hateful rhetoric can be guilty of advocating hate crimes.

For more information about this singer, Beenie Man, please search "Stop Murder Music" using any internet search engine. The promoters backing these singers do everything they can to explain away the singers' lyrics, but the plain fact is that this music calls for murder and torture of gays and lesbians.

Over several years, gay activists attempted to get the singers involved to agree to stop singing this music; the result is that many such singers will point out that they've signed something called the "Reggae Compassionate Act." Although they may refrain from using these lyrics in the United States, they regularly perform them in Jamaica, elsewhere in the Caribbean, and in Africa.

I'm attaching a document from the British group "OutRage!" titled "Dancehall Dossier" that documents the problem. Click here to read it. You may also be interested in this link from Amnesty International USA:

Thank you for any efforts on your part to bring this issue to the attention of the citizens of Rochester. Performers like this should not be allowed to perform without the public being aware of what they stand for.

This morning, Jay received a reply from one of Mayor Duffy's executive assistants, confirming receipt of his note and that it will be brought to the mayor's attention.

Please do you part to end murder music. Call 1-585-546-3887 and let the club know you don't approve of Beenie Man and his advocating bloody harm on gay people.
Posted by Unknown at 10:49 AM
Email ThisBlogThis!Share to TwitterShare to FacebookShare to Pinterest

The Water Street Music Hall in Rochester, NY has removed Beenie Man's 03/12/10 performance from the calendar on their website, but the show is still on.

We need to contact the promoter of the show, Dajiah-Vu Entertainment email Dajiah_Vu@yahoo.com

thanks for the new info. i am very happy to share your info. lemme know if the local gay groups get active and put pressure on the promoter and club owner.

I am a Jamaican. I can understand your protest against the lyrics of these artists. But why do you protest again the artist directly and not also against those companies who bring them to your shores, radios etc. Or why do you not ban the songs that are offensive and sto them playing. The artist will get the message, because artists in Jamaica make music to eat food. If certain songs make more money others they will stop making them. Who are those promoting and pushing the songs that are offensive. Because of some songs these artists, those they support(which in Jamaica is sometimes communities suffer because they can't make money from performance. Teach a man a lesson and guide his way, but teach him a lesson punish those he support and those who will follow after him, prevent him from using his tool to rebuild and prevent him from ever rebuilding...excessive? Does using artist names attract attention to those who could strangle the kind of songs you are fighting against?

gay people need to realize they jus like everyone cant tell others what to love or hate. jamaican culture say homosexuality is wrong. the president wont agree to gay marriages. arent there people in america who r oppose to homosexuality that u all vote for...its time for gay people to get a life and stop thinking they could make people like you for being gay people like you because you are a person not for your sexual orientation.one love and may god lead us all to unity.

Whether or not you agree with the gay lifestyle doesn't mean you should promote the violence or killings. Remember there are still people on this planet that think slavery should be legal. Hmmm...send ships back to Jamaica and pick up more slaves. And if they don't listen, just hang them and get some new ones. But most people have moved past these ideals and have learned to embrace diversity. Then again maybe we should embrace the Jamaican Ideals and when he comes to play, people should pull him outside and set him on fire. Remember, shit does burn. What is right for you there should be OK for us here also.