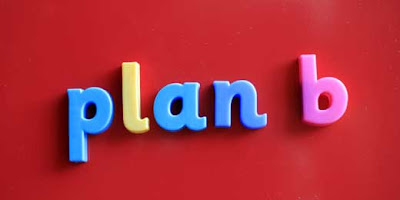 Freedom to Marry: No Plan B
The gay community has lost 32 gay marriage ballot propositions, and one of the key architects of the strategies to fight them is Evan Wolfson of Freedom to Marry, FTM. Over the past week, with typical standoff-ish reluctance, Evan's engaged in an exchange of emails and he's addressed some of my concerns with the losses. One thing I've learned from years of personal interactions with him is that he argues by dismissing the questions or who's asking it, rejecting how questions are framed and exaggeration.

For example, I asked about changing tactics and if FTM had a Plan B that might lead to one or two wins. Evan's reply:

I don't agree with your framing. Conflating the "32 gay marriage prop losses" is misleading and unhelpful.

The work now (you can call it "Plan B," but I consider it what we've always needed to do) is to improve the capacity to win ballot-measures, building on an expansion of the overall winning strategy of combining public education, mobilization, outreach, organizing, litigation, and legislative work to secure and advance in more states while continuing to move public opinion.

In short, no Plan B, and he believes he already has a winning strategy. Paging Mr. Orwell! If 32 ballot losses are a victory, I'd hate to learn what Evan considers a setback.

Calling for building up the state equality groups, with more of hollow equality and fairness rhetoric that voters keep rejecting and running away from being gay identified, shows how committed Evan is to his losing strategy. We must look at his influence over the campaign leaders, including governors, and what they say on TV.

The week before Mainers voted, Gov. Baldacci went on Rachel Maddow's show, and like Evan, dismissed the question of a Plan B. Wanna guess who gave the gov his talking points? Just like in California last year with Prop 8, a campaign Evan advised, the Maine leaders ignored the realistic chance of losing and having a backup plan of any sort in place. This is political suicide and unacceptable.

How does Evan like dealing with me and what does he think of my advocacy? In his own words:

Beyond that, I am fine answering questions or addressing your concerns/thoughts from time to time, as I do with anyone. But, at the risk of inflaming you, I don't buy into a dynamic where someone presents as a self-anointed ombudsmen [sic] whose contribution to our movement is critiquing everyone else. That would pose the issues regarding accountability, transparency, objectivity, judgment, and productivity you sometimes raise regarding others.

Hmm, just like he didn't approve of how I framed my Plan B query, Evan says he's not buying into communicating with me for a number of reasons. He then buys into the dynamic of dealing with me in, yes, my self-anointed role as an ombudsman. I appreciate his Freudian slip as he uses the plural of ombudsman in describing one of my roles in the movement. I wish we had more self-anointed watchdogs.

But the larger context to the reply is how Evan shifts the focus away from FTM and the 32 losses at the ballot box for gay marriage. He can't have a debate about his vanity charity's long-held beliefs in waging the campaigns, and their failures, because it's been determined by Evan and colleagues that campaigns will be framed in equality and fairness arguments.

In response to my question about whether a recent meeting of his steering committee was open to public, Evan said:

Finally, even if it were true that "sunshine" were really your agenda and the perspective from which you write your posts, unlike you, I don't believe that every meeting, every bit of research, every strategy, every accusation, every grievance, or every doubt is best made public. Perhaps we will have to agree to disagree on that.

Again, when a simple no would have been appreciated, before launching into dismissing sunshine concerns, Evan diverts attention from lack of transparency with FTM. He fails to state how his organization practices sunshine, then exaggerates my transparency philosophy.

So, he's got no Plan B, he thinks we're winning, he's says we're close to mission accomplished on gay marriage and he lost a November 9 Nightline Twittercast debate with Maggie Gallagher. If you haven't watched that exchange, you really should, just to get a visual and aural sense of Evan's debating and engagement skills, which are not achieving wins at the ballot box.

When the next state gay marriage measure goes before the voters, rest assured Evan will be there to execute the basic CA and ME strategies, with some marginal changes, on our way to racking up our next electoral loss.
Posted by Unknown at 8:56 AM
Email ThisBlogThis!Share to TwitterShare to FacebookShare to Pinterest

Perhaps part of the problem is that Evan's "vanity charity" is run by someone who claims to be fighting for marriage equality while trolling online for sex with strangers. I, personally, have no problem with hook ups or open relationships, but how can we expect transparency from someone who keeps his own predilections a secret?