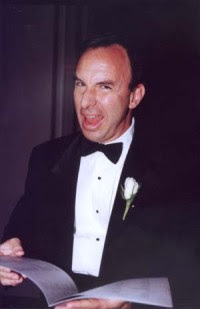 DNC's Tobias:
'Big' Donation to ME Gay Marriage
Over at John Aravosis' AmericaBlog site, he yesterday took the Democratic National Committee and it's treasurer, openly gay money guru Andy Tobias and Democratic leader, to task for their b.s. and non-support to defeat Question 1 in Maine. From Aravosis:

I think we just caught the DNC lying to the gay community about the election in Maine. And an email from DNC Treasurer Andy Tobias, which we quote below, proves it.

This conflict is about the DNC's emails earlier this week about races that were important to the party leadership, and missing was a push for Mainers to vote no on Question 1. Tobias posted a long and defensive comment in reply to Aravosis' complaints, and much of this debate is inside politics, but very important for the gay community to have, if we are ever to force the Democratic Party to be our fierce advocate, after sucking up millions from gay donors.

But I digress. My real point here is that Tobias donated a big fat zero to the Maine effort, according to the information posted on the Maine ethics commission's web site. If he made a personal donation to No on 1, it's not showing up in the commission's search engine.

To be fair, even if he had donated, it wouldn't have helped win the vote for us, but it sure would have been great to say at least Tobias made a contribution.
Posted by Unknown at 11:44 AM
Email ThisBlogThis!Share to TwitterShare to FacebookShare to Pinterest