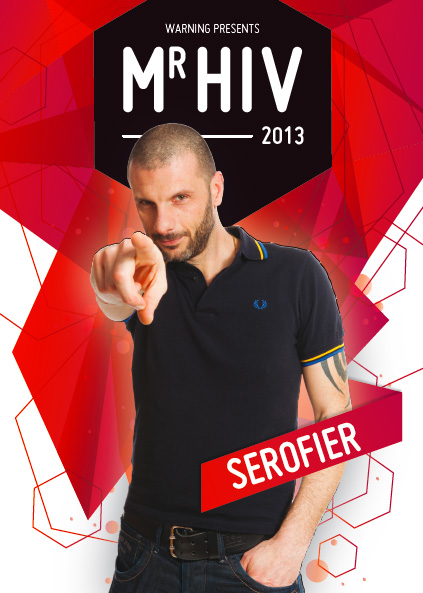 The web site for the National Association of People With AIDS appears to no longer exist, but before the group went out of business and shut down its site I complained about the use of stock images of people never identified as living with HIV. NAPWA did nothing to showcase actual PWAs on its site, only adding to the stigma we must deal with.

Today from Paris my friend Olivier Jablonski of the provocative AIDS advocacy group The Warning informed me of a radical new social marketing campaign underway by the Brussels chapter of The Warning. How radical it is? Quite, because the posters primarily show actual HIV positive gay men, and one negative man, and none of them are fashion model pretty. To my eye, the gays in the ads are quite appealing to the eye and their authenticity adds to their appeal.

Additionally, the English translation of the campaign's press release, from the sub-headline, uses a few provocative words that surprised even this (occasionally) jaded gay man living with AIDS: 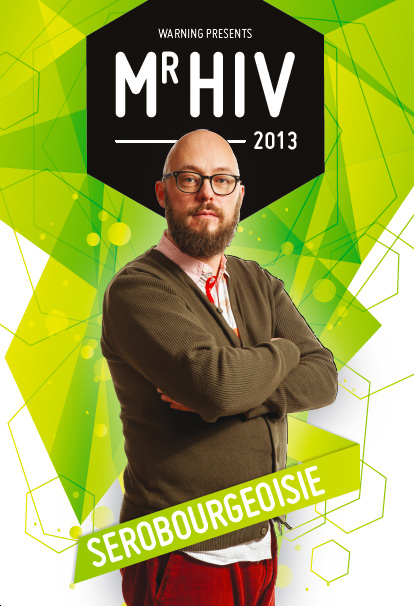 Never have I seen the term seroproud or seroqueen, have you? Seroproud troubles me because I don't think of living with HIV or people living with any diseases as a matter of pride. On the other hand, there is too much shame associated with AIDS that it may help PWAs grappling with it to get think of living with AIDS, and staying alive, as something to take pride in.

Warning Brussels launched “Mr. HIV 2013”, a series of photographic portraits to counter serophobia and promote citizenship for people living with HIV in the gay community in Brussels . . .

Since its creation in 2010, Warning Brussels has tackled the invisibility of people living with HIV in Belgium. The public voice of people living with HIV is too often stifled by pessimistic rhetoric. Therefore, the public has almost no information on our everyday experiences, which contributes to misinformation, especially in regards to transmission and prevention. This is all the more surprising in the gay community where we would expect a greater proximity and visibility . . .

[The NGOs] prevention campaigns have long acted as if contracting HIV was the worst thing that can happen to you. By ignoring poz people in their communication, they implicitly advocate a general distrust towards them.

Warning Brussels could easily be talking about a lot of hysterical social marketing campaigns in San Francisco and elsewhere in the U.S. that once endlessly sowed distrust about gay poz men. Thankfully, we have not had to endure such fear and shame driven ads in a long time. 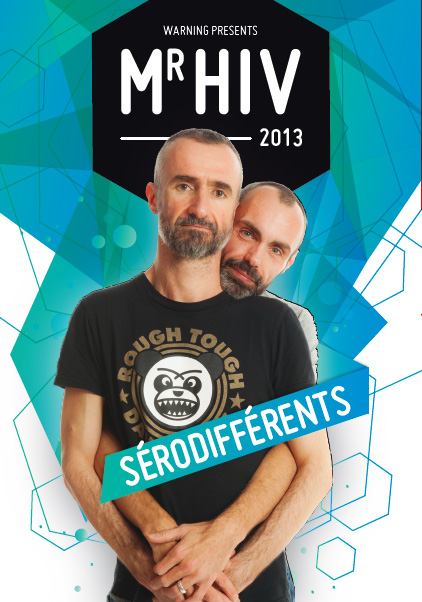 There is one aspect to this campaign that I don't like:

To the question: “When is the election of Mr. HIV?” We reply: “When everyone in Belgium feels sufficiently affected by HIV to pose as Mr. HIV”. LGBT NGOs and businesses are obviously involved in the project and are invited to become privileged partners. From now until the next Belgian Gay Pride in May, a different series of Mr. HIV portraits will be released each month in the city center of Brussels.

Let the people vote on their favorite Mr. HIV 2013! You're never going to have all Belgians affected by AIDS or comfortable about the disease and people living with it. Giving people the chance to vote would produce plenty of conversations about why people are voting for one candidate over another, or just why they are engaged enough by the posters to cast a ballot.

However, I look forward to additional portraits in the coming months, keeping the campaign and message fresh.
Posted by Unknown at 8:55 PM
Email ThisBlogThis!Share to TwitterShare to FacebookShare to Pinterest