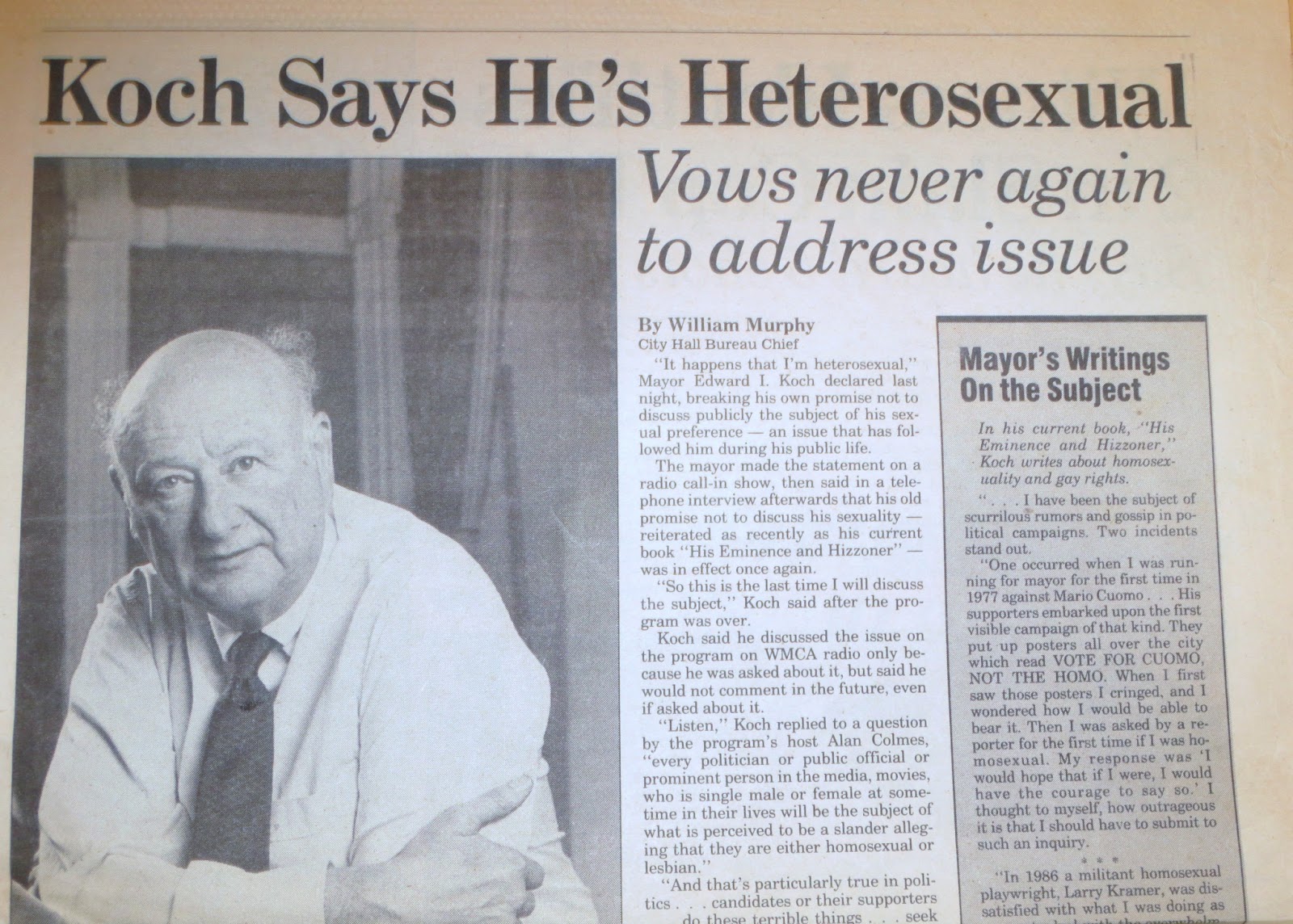 Over the weekend, I searched my paper archive for folders on former New York City Mayor Ed Koch and his abysmal AIDS record and policies, and found the famous Newsday cover story where he proclaims that he's heterosexual. I blogged about that cover from March 1989 with the image of it here.

We're all familiar with the Newsday cover, and the image above shows the headline for the story inside the paper. 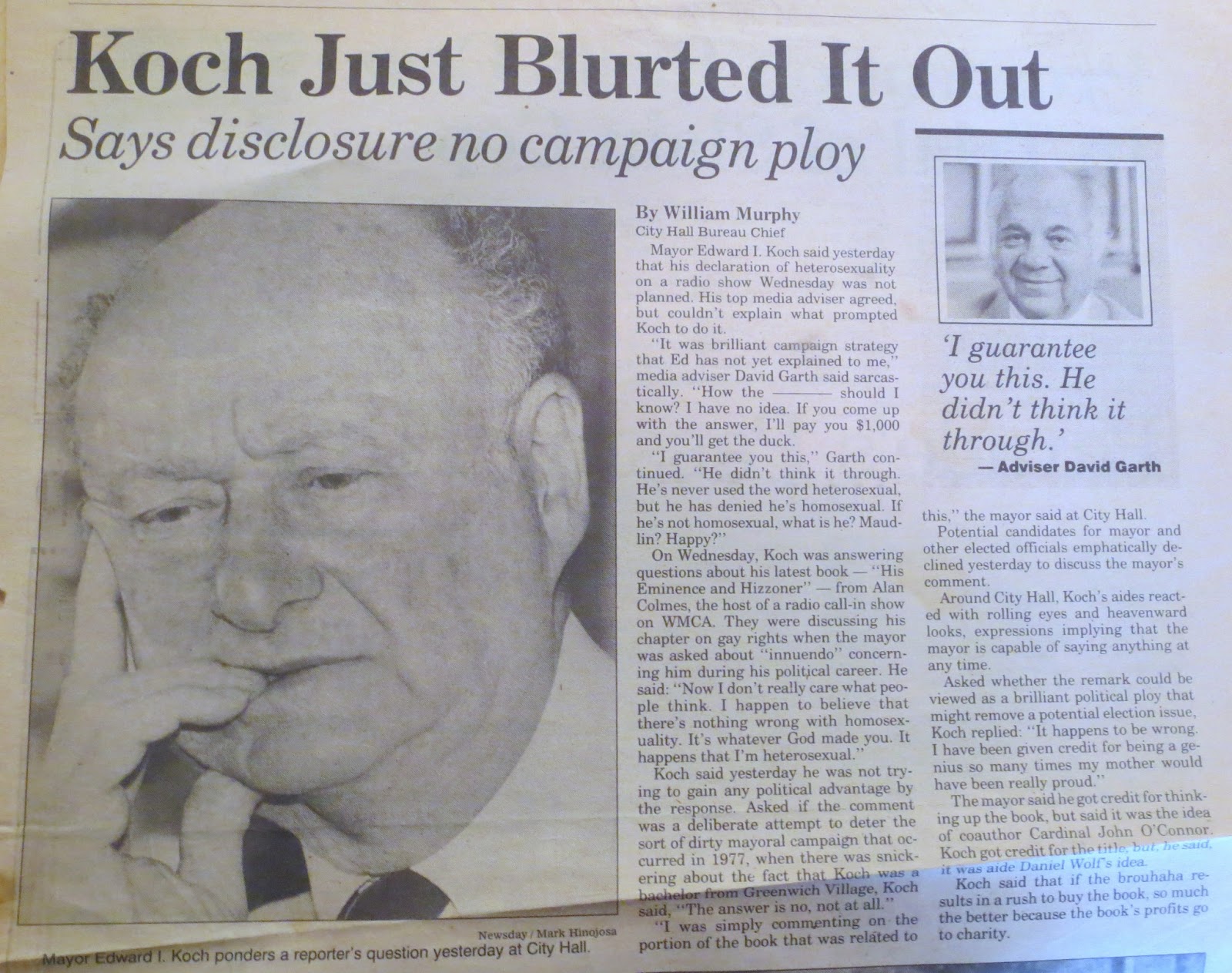 The day after Newsday played the story big, the paper ran a followup piece in which his campaign strategist David Garth dismissed Koch's comments as part of his reelection campaign effort.

Also on the next day, Newsday's editorial cartoonist Doug Marletter draw this cartoon showing Koch all bent and squiggly with the bubble reading "But sexually I'm straight!" Not sure what the Talent Bank button on Koch refers to.

The New York Times ran a piece the next day, which may have been the first time the paper delved into Koch's sexual orientation.

By the way, neither Newsday nor the Times said a damn thing about the AIDS epidemic raging across the city in their coverage. Click on the images to enlarge them.
Posted by Unknown at 1:22 PM
Email ThisBlogThis!Share to TwitterShare to FacebookShare to Pinterest