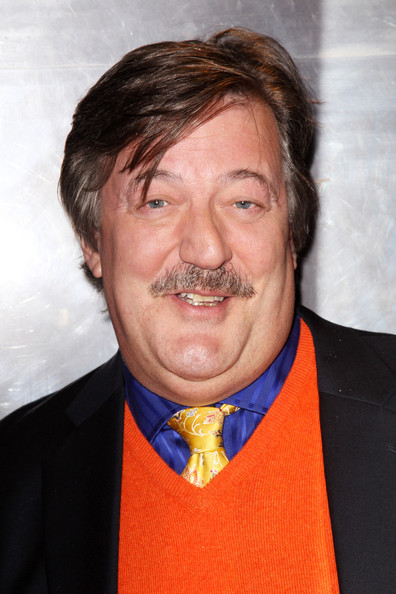 Last Sunday, Mike and I watched some of the BAFTA Awards show on BBC America especially because the host was out actor and activist Stephen Fry, pictured. We're both fans of his for his acting skills and all the time he devotes to gay rights and AIDS awareness.

I recently joined Twitter (my ID is @MichaelPetrelis) and I'm following Fry, as are more than five million other Twitter users. 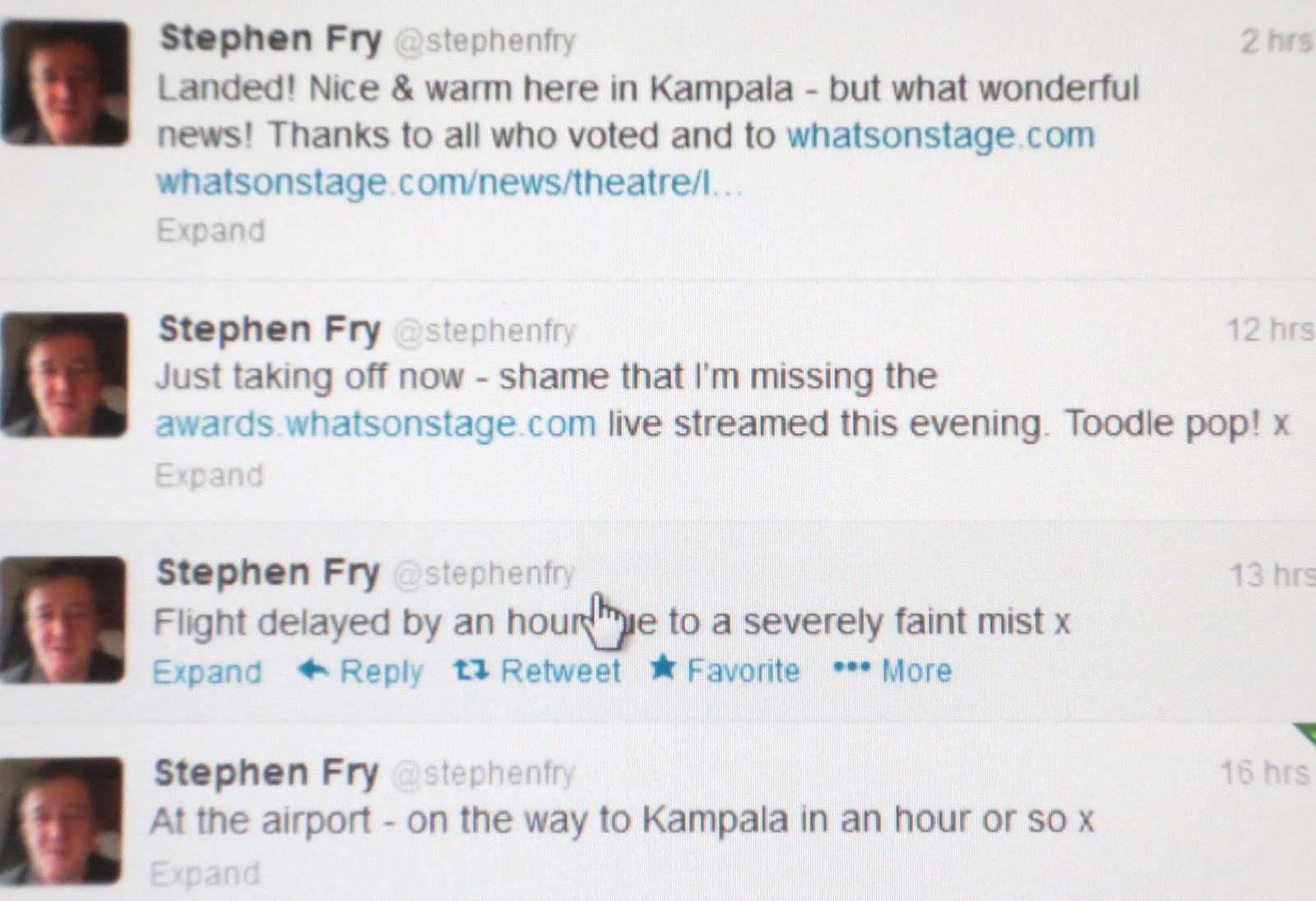 Fry today tweeted about waiting to leave the UK for Kampala, Uganda, and then again when he arrived over there. Nothing though about why he's visiting the nation, but I expect and hope what ever the reason is part of his agenda will be to show solidarity with the LGBT community of Uganda.

As a gay celebrity with a global fan-base and high-profile in all sorts of media, Fry can bring more attention to the brave work of Uganda's gay and sexual minority community, and combat the vile lies and hatred of bigots.

Let's hope we're soon reading about Fry being active in Uganda regarding gay and AIDS matters.
Posted by Unknown at 5:13 PM
Email ThisBlogThis!Share to TwitterShare to FacebookShare to Pinterest

Fry has been to Uganda many tmes before. He speaks of it lovingly Here.

Fry is indeed a national treasure and has a history of sharp advocacy for his LGBT brothers and sisters, so I am with you in hoping that he will speak truth to power in Uganda. I caught his amazing, humanizing portrayal of Malvolio in "Twelfth Night" in London in December, making the character less an evil buffoon and more a bullied and sympathetic human being.