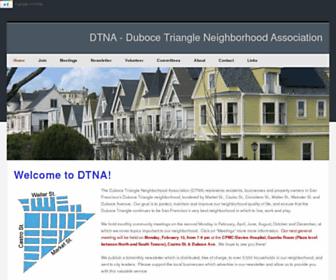 The folks at the Duboce Triangle Neighborhood Association, DTNA, have given voice to an issue I've discussed with radical queer political friends in the past three years. We're seeing more of the Castro clear gay identity continuing to erode and diminish.

From the February/March edition of the DTNA newsletter:

Candid conversations with many Upper Market/Castro retailers suggest concerns extend beyond the presence of vacancies. While vacancies are a problem, they are only a symptom suggesting larger economic flux. In many stores, sales are down. Some argue the neighborhood has too many bars or nail salons. There is also mounting concern around the loss of the community’s historic LGBT character.

The dominant character of the Castro these days is cash. Who's got it, where it's being spent or is needed, how to increasing money flowing in and those who lack cash.

Across many LGBT demographics, people are expressing fears and concerns about the evolution underway in the Castro and the coming impact of hundreds of new condo dwellers, not to mention the recent store closures and formula retail forces wanting to further encroach on the area.

For Mike and I, it's rare that we go into the Castro for socializing with friends or to shop. We don't drink. The merchants don't want to share control of the rainbow flag, a big reason to not drop my money there. When I go for a political meeting or to seeing a movie at the Castro Theatre, I don't grab a nibble or cuppa tea.

Losing the historical queer character can most readily be seen in how the flagpole is not used to energize our living, memorialize our dead and educate ourselves in our march toward liberation. As I've blogged for two-years now, if it weren't for the control queens in the Merchants of Upper Market Castro group, we could be using public property to retain and maybe expand the queer character of the neighborhood, while also helping the merchants.

But MUMC is too insular, short-sighted and woefully lacking in creative thinking to activate the larger community. MUMC members are, you should pardon the expression, paying the price for their poor strategies as leaders with (dwindling) clout.

MUMC seems more concerned with adding members – no matter who they represent – rather than developing a vision for the clearly changing and maturing neighborhood. Attend any of its bloated monthly meetings and you'll quickly see there is little time to adequately discuss projects brought before the membership let alone a true discussion on the vision and direction needed for the neighborhood in general. Meanwhile we are buffeted by the waves of ever increasing business closures and related vacancies presently gripping the Upper Market and Castro business districts and the not unrelated fall off in business and foot traffic that is its result.

A few major differences between MUMC and DTNA is that the former does not allow the public to attend, has no printed newsletter distributed locally and their site lacks depth, to put it mildly. While the latter welcomes the public at their meetings, drops off a printed newsletter with in-depth coverage at area businesses and homes, the newsletter is posted on their site that is full of useful info about engaging with the group.
Posted by Unknown at 11:08 PM
Email ThisBlogThis!Share to TwitterShare to FacebookShare to Pinterest

I am a gay man and I live in Duboce Triangle. I think the GLBT community has become an integrated minority within the majority. Therefore, we don't need a gay ghetto anymore. You are still living in the past. You seem to want to keep the Castro the way it was when Harvey Milk was alive. We've grown beyond those days. We are now safe to move into any area of the City and feel welcome.

Nope, not living in the past at all. Just saying there are ways the Castro can evolve and retain its queer identity.