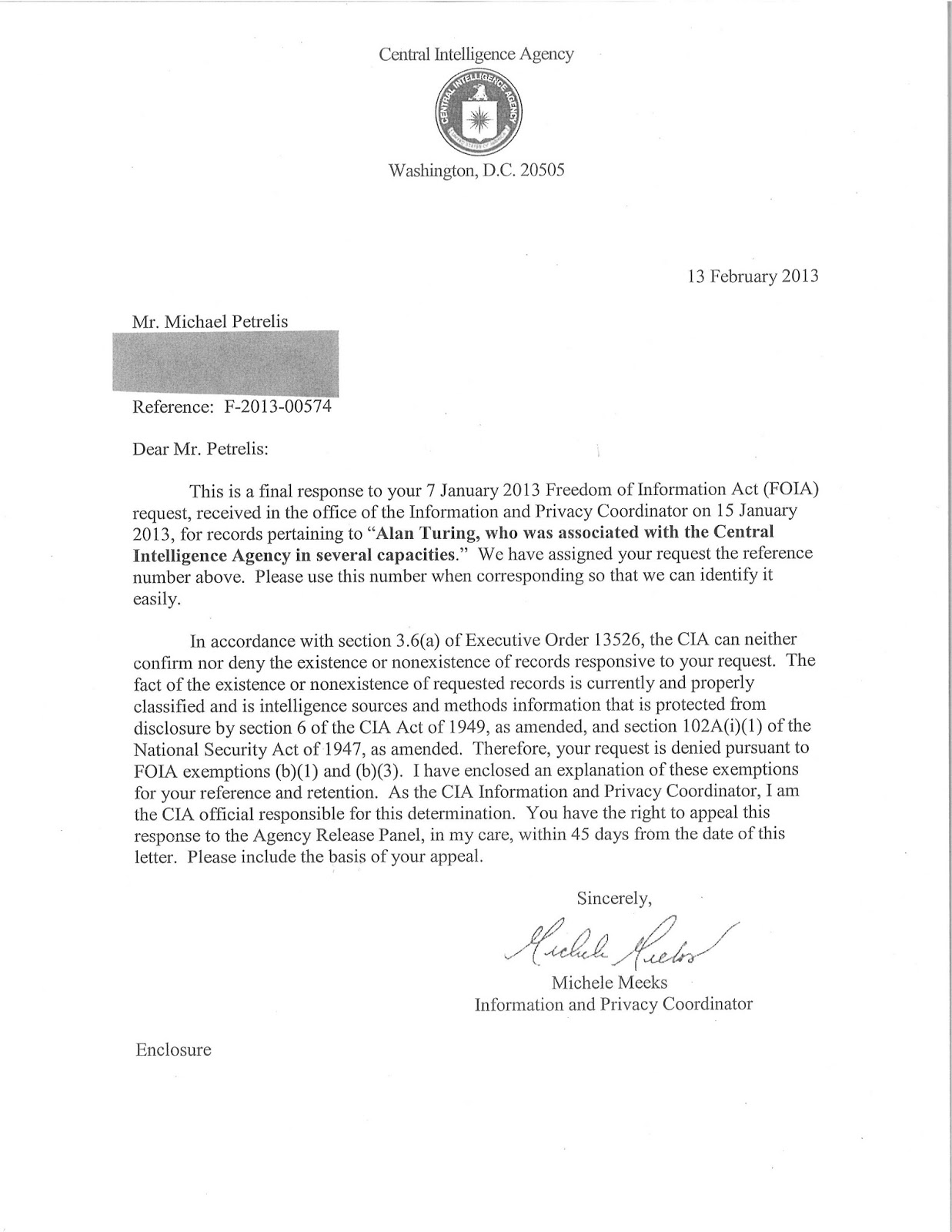 Since the Office of Strategic Services likely would have been interested in gay British mathematician Alan Turing receiving a security clearance in 1942 to collaborate with the U.S. Navy to crack Nazi Germany's intelligence codes, I filed a Freedom of Information Act request with its successor, the CIA.

A one-page letter arrived over the weekend via snail-mail, stating what I suspected would be the agency's reply:

In accordance with section 3.6(a) of Executive Order 13526, the CIA can neither confirm nor deny the existence or nonexistence of records responsive to your request.

My post about other FOIA requests to U.S. State Deparmtent, the FBI and the U.S. National Archive and no relevant files discovered is here, while my post about similar requests and replies from the U.K. Home Office and U.K. Nation Archives is here.
Posted by Unknown at 2:36 PM
Email ThisBlogThis!Share to TwitterShare to FacebookShare to Pinterest