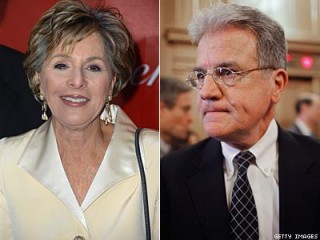 On Feb. 14, Valentine's Day and a day when we're focused on matters of that vital human organ, the heart, two senators from polar opposites of the political spectrum put aside differences. The cause? A bill to help our aging population of people living with AIDS.

From the release issued by the offices of Boxer and Coburn, pictured:

U.S. Senators Barbara Boxer (D-CA) and Tom Coburn (R-OK) today introduced the HOPE Act (HIV Organ Policy Equity Act), legislation that would end the federal ban on federal research into organ donations from HIV-positive donors to HIV-positive recipients. The bipartisan measure - which is also sponsored by Senators Tammy Baldwin (D-WI) and Rand Paul (R-KY) - would open a pathway to the eventual transplantation of these organs, offering hope to thousands of HIV-positive patients who are currently on waiting lists for life-saving organs. Currently, even researching the feasibility of such transplants is banned


Posted by Unknown at 4:05 PM
Email ThisBlogThis!Share to TwitterShare to FacebookShare to Pinterest