SF Homeless Board:
Czar's Plans, No Press, Only 3 Citizens

If it's one thing you can be sure of regarding San Francisco's City Hall-mandated commissions and boards, and special assistants receiving patronage jobs from the mayor, if not required to hold meetings at convenient evening hours or air proceedings on SFGov TV, they will resist such public engagement.

I was reminded of how boards can so easily accommodate only their members and own needs, and keep the public un-engaged, at yesterday's Local Homeless Coordinating Board, pictured, meeting that started at 11 AM at 170 Otis Street. 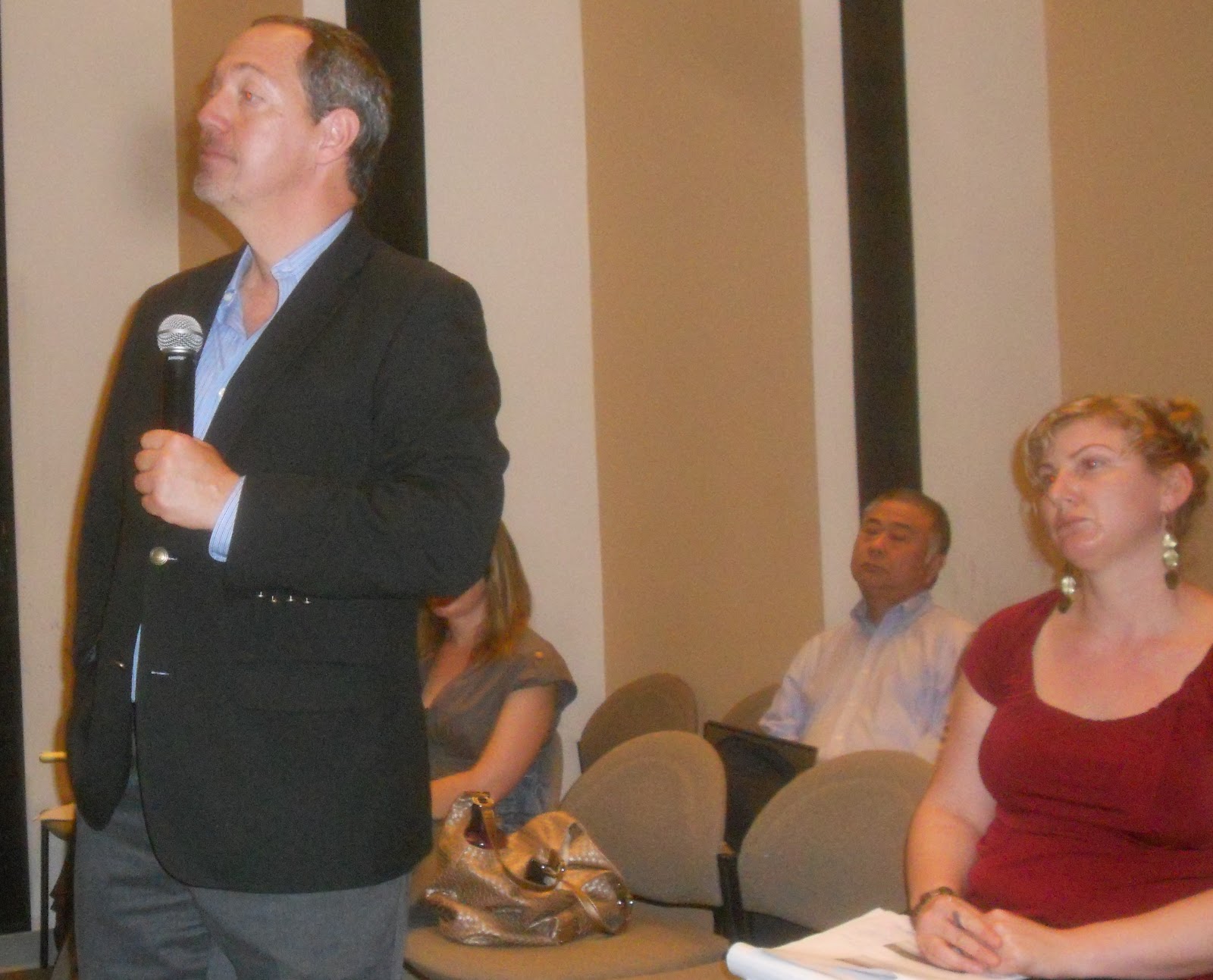 Mayor Ed Lee's homeless czar Bevan Dufty, pictured, who does not maintain a web site to inform the taxpayers of what he and his assistant Amanda Fried are up to, nor does he hold his own regular town halls, was present at the LHCB. He talked about a few ideas he has about homeless problems and then took public comment.

I used my time to ask for a show of hands of who was in attendance as a member of the general public and not affiliated with any Homeless Inc entity, nonprofit or government agency. Besides myself, there were two ordinary citizens who raised their hands.

Out of more than forty people who were present over the course of the meeting, only three were members of the public. That needs to change.

Since I am not Dufty's mouthpiece and I want him and the LHCB to do their own dissemination of their agendas and actions, I'll only briefly reference some of the topics raised yesterday: 1) revamping the shelter access and reservations; 2) Food carts for people with AIDS in the Tenderloin who need meals with their drug cocktails; 3) a project with HUD; 4) Addressing the bed bug epidemic in hotels and other facilities.

Supervisor Jane Kim sent her aide Matthias Mormino and he spoke about her efforts to combat and prevent bed bug, especially involving the Department of Public Health. Twice, he said the following about this problem: "There needs to be better dissemination of information."

I heartily seconded that notion for the info about the bugs and _all_ of the homeless issues raised at this and all LHCB monthly meetings be more widely shared beyond the forty folks in the room. By the way, other than this blogger, no media were present.

Considering the enormous existing problems of hundreds of homeless people on the streets and in the shelters, the millions of city dollars spent on homeless programs and questions about how the money is spent, the anger and frustration of many taxpayers over all the filth and hostility from slices of the homeless population, and lots of other reasons, the LHCB has got to expand its engagement with the larger public.

One of the biggest complaints I hear about Homeless Inc and the Homeless Czar is that taxpayers haven't a clue as what they do, because the LHCB is not broadcast on City Hall's channel or streamed on the web and 11 AM is an inconvenient time for the public.

Getting a better handle on San Francisco's homeless problems is going to take a lot more engagement from Dufty and Homeless Inc with the taxpayers and homeless population.
Posted by Unknown at 8:07 PM
Email ThisBlogThis!Share to TwitterShare to FacebookShare to Pinterest