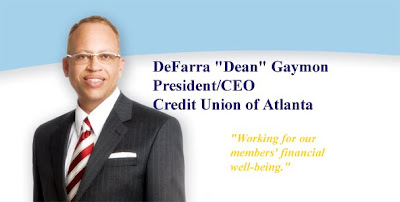 (Image from a memorial posting about DeFarra Gaymon's killing on July 16.)
Being from Essex County, New Jersey, I am familiar with the cruising area in Newark's Branch Brook Park where the local cops recently fatally shot a man and I cannot comprehend why the police are devoting precious and dwindling public resources, and sending armed officers into spots where consensual sex may be occurring. The most one should have to worry about when having sex in a public park is mosquitoes, poison ivy and not spreading or contracting an STD.

The death of DeFarra Gaymon, who was married to a woman and had four children, was raised in Montclair and was back in the area to attend his 30th high school reunion, is receiving much mainstream press attention, but no attention that I can find from gay bloggers or Gay Inc.

It is to our detriment that we don't insist on addressing sexual liberation issues, and instead accept the Gay Inc rationale that there is only room on the gay agenda for acceptable demands like military service and marriage rights. Look at what is happening over the past few months in gay-friendly Palm Springs, where gays have been arrested in sex stings, for one example of police targeting us.

The killing of a cruiser at a gay gathering spot in Newark, New Jersey, by a police officer must become a concern for more of us.

Some details from the Wall Street Journal:

An unarmed Georgia man, who was shot and killed by a undercover officer in Newark last week, allegedly assaulted and threatened to kill the detective after he was found engaging in a sex act in a public, authorities said Tuesday.

The allegation was made as acting Essex County Prosecutor Robert D. Laurino detailed the statement given by the detective who shot DeFarra Gaymon, who was a credit-union chief executive officer visiting Newark for a high-school reunion.

Mr. Gaymon’s family released a statement that said, in part, “We know that the police killed an innocent man, with no history of or disposition towards violence.” [...]

The officer, whose name was not released because of his undercover work, had been on what is not usually a particularly dangerous assignment, scouring the park, in northern Newark, for men seeking sex. [...]

The shooting took place near where Bloomfield Avenue crosses Branch Brook Park, an area known for years as a place for sexual encounters among men, some of them prostitutes. Mr. Laurino said the sexual activity had prompted many complaints and many arrests, though he declined to say how many.

Willie Velez, 66, a volunteer at a visitor center in the park, said that he often saw men going into the bushes or into cars in pairs, and that on Saturday and Sunday mornings he often found several used condoms in the parking lot. [...]

Given the last name of the victim, and the other details, I wonder why this case has yet to register on the community's radar.

Posted by Unknown at 10:50 PM
Email ThisBlogThis!Share to TwitterShare to FacebookShare to Pinterest

you are insane. Gay or straight, people should not be having sex in public areas. What kind of twisted deviant world do you live in, or wish to live in? Public parks are for the PUBLIC, including children.

Disgusting that you even think it is appropriate to have this behavior going on in public.

This N.J. case certainly raises public awareness of consensual MSM activities in public spaces (park, woods, lake, etc), especially by black participants. But not necessarily in a constructive way.
I don't believe government should or would recognize recognize the "need" of MSM participants to engage in consensual acts in open areas.
Unfortunately, we will never know what acts by the now deceased victim precipitated the officer's use of deadly force, though it must be investigated by an outside agency.
But police are armed, and police have a duty to investigate complaints of lewd or indecent acts in public areas.
The greater fault of police is failure to responsibily investigate the criminal victimization of MSM participants in public areas.

Anonymous - you are an idiot. Michael Petrelis is not advocating having sex in public areas. He is saying that since public sex is occurring anyway police resources should not be used to patrol the parks at a time when serious crime needs more attention.

Sad to say the area is extremely dangerous. Many people are killed in that park. I used to live in the apts which bordered the park and I knew of at least three murders or suicides within that half mile zone within three years and these are just what I saw regarding crime scene tape and detectives questioning people.
I would ask why it never made the paper and was told not news worthy. Not enough police patrol that park! People should be warned your life is at risk when you go to that park. Seems safe and secluded but no there are murders and gangs roaming that park daily. My life was threatened by a gang memeber with a weilding knife and throwing rocks and fortunately I escaped by running for my life.