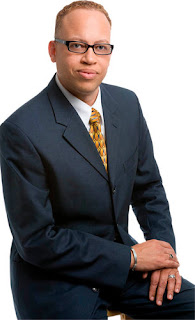 Last Friday, in a cruising area in Branch Brook Park in Newark, NJ, an unarmed black man who may have been engaged in sexual activity was killed by an undercover cop who has not been publicly identified. The dead man, DeFarra Gaymon, an Atlanta-based credit union executive married to a woman and the father of four children, was in New Jersey for his 30th high school reunion.

It wasn't until a few days ago that many in the gay community learned about this tragic killing, and questions are being raised by a few gay activists and the Gaymon family, challenging the official police version of what led to the fatal shooting.

The Newark Star-Ledger reports on why law enforcement agents were in the park on July 16:

The two detectives were conducting an undercover investigation after complaints from residents about people engaging in sexual acts in public, authorities said. Sheriff’s officers have made more than 200 such arrests in the park over the last 18 months.

Hundreds of arrests in less than two years, for consensual adult sexual activity in a public park? Questions must be asked why valuable police resources were spent on this undercover sting operation. I doubt that Newark's violent crime rate and major drug problems have been reduced to the point where law officials had to target men gathering for sexual liaisons.

One important component missing from this still-unfolding story is the condemnation of national gay political orgs. The Human Rights Campaign, the Gay & Lesbian Alliance Against Defamation, the National Gay & Lesbian Task Force, and Lambda Legal have said nothing about the sex sting operation of a well-known gay cruising area and the arrest of hundreds of men.

Are these orgs afraid to condemn the Gaymon killing because they don't want to address the location and circumstances of where the death took place? Is defending the right of gay men, and men who have sex with men but don't identify as homosexual, to gather in a park and not contend with police officers with loaded guns?

I am aware of three advocacy orgs that have issued statements about all this - Garden State Equality, Gender Rights Advocacy Association of New Jersey and the Anti-Violence Project of New York City.

The NJ orgs requested the following, among several demands, from the prosecutor and sheriff:

First, we ask you immediately to inform us and our colleagues in Newark – including the LGBTQ Advisory Committee, City of Newark, and the Newark Pride Alliance – whether the killing was part of a sting operation in the park targeting gay men specifically or LGBT people specifically. If so, we ask you to cease and desist such operations in Branch Brook Park, and any others like it in Essex County.

Yesterday, as you know, [we] sent a letter to the Essex County Sheriff, Armando Fontoura, asking to meet about the case, among several other requests we made in the letter. Sheriff Fontoura just called me and has agreed to meet with several of us "within the next week or so." We will keep you posted.

I am pushing Goldstein and his org to plan a public action, be it a press conference or picket line, in Newark about the Gaymon killing, the investigation thus far and the year-and-a-half sting operation, because such visible actions will do much to educate the general public about this tragic case. I hope to soon blog about Garden State Equality organizing a demonstration over Gaymon's death.

At the same time, we need the national gay orgs to speak out about this case, if only to counter some of the outrageous homophobia and sex-hysteria out there on the web over Gaymon, his life and men on the down low.

Click here to read some of the hateful remarks being made in a thread titled "NJ Cop shoots gay Atlanta CEO after bending over and getting a surprise in his ass."

We cannot accept silence from our advocacy orgs in this matter.
Posted by Unknown at 12:24 PM
Email ThisBlogThis!Share to TwitterShare to FacebookShare to Pinterest

Equally disturbing is that the Newark mayor who is, at least, openly gay-friendly has not uttered a single word about this.