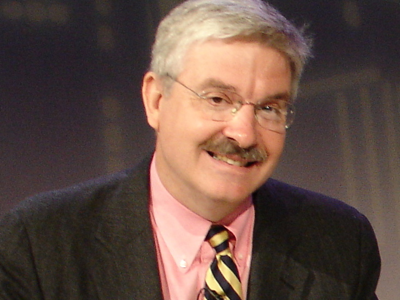 New York City-based Andy Humm (above), is a gay man of quite a few talents. He's a longtime community organizer, pundit and observer, and a tireless advocate for the human rights of gays and people with HIV/AIDS.

I've known Andy for decades, have staged actions with him, fought like brothers with burning passions for righteousness, cried together over the deaths of our community and family members, and also shared lots of lusty laughs and well-earned joy. In many of my hours of needs in my activism, when standing with me was as popular as hugging a porcupine, he didn't abandoned me.

On the phone recently, we chatted about how disenfranchised we are as a movement and I asked him to write an essay about how we could redirect the community and our orgs back to something approaching genuine democracy and respectful engagement.

Here are his thoughts and I want to thank him for proposing easy and basic potential solutions to address serious gaps in gay organizing:

The LGBT movement is one of the most anti-democratic social movements in the country. It is almost completely controlled by big donors and closed, self-perpetuating boards who claim anyone who sends them five bucks as a "member." No decision by any of these groups is EVER subjected to an open community vote nor, in most cases, even an open community meeting where the big decisions of the "leaders" can be questioned.

The current disgraceful situation is in stark contrast to the first ten to fifteen years of the post-Stonewall LGBT movement when it was almost entirely grassroots, almost no one got a salary, and every big decision was decided in forums where anyone could attend and everyone could vote.

It was not easy being part of those contentious meetings, but that is how true democracy works and how grassroots movements are built--from the ground up. It wasn't totally chaotic. The Gay Activists Alliance used Roberts Rules of Order. ACT UP used a consensus model. They were highly democratic and got a lot more done in a year than any of our current groups have been able to accomplish in decades.

Everything is now top down now and people give up on community organizing when their voices are drowned out by the rich organizations with full-time staff and easier access to the media and elected officials who would rather not deal with the rabble anyway. Sometimes it seems as if the true agenda of these groups is NOT to get things done so that they can justify their continued existences and fat salaries.

Today, we even have the spectacle of a "group" like GetEQUAL where a wealthy donor is essentially funding a handful of rabble rousers NOT to do community organizing that would engage masses of people, but just to take time off as individuals and disrupt appearances by President Obama--who could indeed use a push--and pro-gay Democrats they don't feel are moving fast enough.

And even the agenda of GetEQUAL is not subject to an open democratic process. These self-styled radicals have essentially adopted the HRC agenda hook, line and sinker but are just demanding it more obstreperously. They criticize HRC but are really just playing bad cop in contrast to their own good cop role in the service of a narrow agenda--repeal of DADT and ENDA--that there hasn't been a serious, community-wide debate about for almost 20 years.

Wasn't ENDA supposed to be a gettable, compromise bill in the mid-1990s? What happened to amending the Civil Rights Act of 1965 covering jobs, housing, and public accommodations?

Ideally, the grassroots would rise up and replace the top-down movement with one that was run from the bottom up. Efforts to in recent decades have failed. Remember Gay & Lesbian Americans?

If some big donors were enlightened and committed to democratic empowerment as a more effective means of achieving our goals, they could make democratization and openness a condition of funding any group.

In the absence of groups like HRC, NGLTF, etc. realizing that it is in their self-interest to organize from the ground up and submit themselves to openness and democratic decision-making processes, the LGBT press and bloggers could if it chose to hold their feet to the fire until they do open up. We have to start questioning HOW decisions are being made, especially by a movement whose federal agenda has essentially gone nowhere.

We put a lot of our energy into getting "a seat at the table" by electing out LGBT legislators and think our work is done when they win. Some of these officials come right out of the LGBT movement themselves, but are beholden to a broader constituency and don't always make LGBT rights and organizing for them a priority.

Again, it is up to the grassroots and the press to push them to use their offices as centers for organizing to win our rights. They are in a position to bring diverse elements of the community to work together in coalition to get things done, but we have to insist that they do this.

The LGBT press is also in a position to sponsor open community forums where diverse groups working on our issues are hauled before the public for questioning and, ideally, for strategizing on what the agenda should be and how to get it done.

I know that these sound like relatively feeble steps in opening up our movement and making it more accountable. Ideally, those of us who believe in these things need to get off our asses and be the change that we desire.

Posted by Unknown at 11:05 AM
Email ThisBlogThis!Share to TwitterShare to FacebookShare to Pinterest

This is a perfect description of what ailes our communities.

Frauds like the HRC and GetEqual should be shunned.

Obama is a guless wonder. ENDA is dead and buried and anyone who thinks he's going to overturn DADT and DOMA is seriously deluded.

I can only hope their defeat will inspire action.

I got a good taste of this 12 years. I was a member of HRC when I wrote them complaining about their endorsement of Sen. D'Amato for re-election. I received in response the most insulting letter I have ever received. It was worded as if I were a rude child who spoke out of turn and didn't understand all the adult conversation going on. I canceled my membership and never looked back. It looks like HRC and other groups exist in a closed loop of parties for big donors and no connection to glbt people in the real world. And what do they have to show for all the money spend? Nothing. I'm not so much a fan of the consensus model but at the very least their should be community based chapters and a willingness to hear the concerns of real people, even those without the ability to write large checks. Others have been saying this since the 1990s but it's not a problem hearing it again now because it needs to be said. HRC does not represent the interest of most glbt people.

You know I don't disagree with this, but it is absolutely HILARIOUS coming from Andy Humm, who, courtesy of the CLGR in the early 1980s set us on the HRC path. In those days on the cusp of the AIDS crisis, the Coalition for Lesbian and Gay Rights in NYC, while it laudably achieved its goal of a gay rights bill, in the process stifled dissent and set precedence for the type of "respectable" organizing that is today bearing such bitter fruit.

As someone active in those long-ago days, my response is, frankly, "I told you so."

I got to see this in effect first hand. After Prop 8 passed, I attended a meeting of people who were unhappy with the top-down, removed-from-input style of Prop 8. We were going to create a local grass-roots organization.

It didn't take long for there to be a self-selected board and lots of top-down decision making. I've stuck with the group since its founding, but I'll probably drop out in the near future, since I'm not interested in being a foot soldier and source of cash.