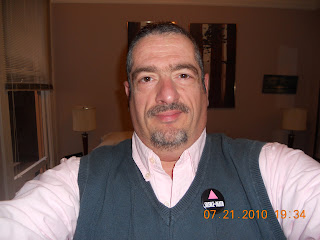 A high number of people with AIDS (PWAs) take drug cocktails to keep the HIV viral load down and boost the immune system, and extended use of the medicines can lead to a side effect known as lipodystrophy, which is the body fat rearranging itself in several areas of the body.

When lipodystrophy affects the face, deep creases and crevices in the cheeks appear, and this was once known as protease face, but has since evolved into poz face.

Other ways lipodystrophy changes the body is when the back of the neck enlarges to the point of a buffalo hump shape, while the stomach expands into a protease paunch, which derives from one key ingredient to the drug cocktail. For some reason, this last term has not devolved to poz paunch.

I'm living with poz face, buffalo hump and protease paunch, and I'm lucky enough to have public insurance and access to top-notch doctors and researchers. The reason why I'm mentioning all this is to, you'll pardon the expression, put a face to what it is like to be a PWA in 2010, after more than a decade of being on ever-evolving cocktails.

I consider my poz face to be one of character, and won't be getting the facial filler treatment to puff up my cheeks. The looks of sadness, obnoxious emails from adversaries and occasional instant rejection when people on the street realize I'm a pozzie, are things I can live with.

Sure, it ain't pleasant to have these and other side effects to contend with, but I know how blessed I am to be alive and able to take the medicines, while too many PWAs perished before the development of these powerful, and expensive, drugs. Oh, what the dead would give to be here facing the weird body changes.

And when I get the temporary blues about my poz face, I think of Mick Jagger. He does not have AIDS, nor is he taking a cocktail, but these days he has the classic poz face and he doesn't seem to want facial filler or other surgery to deal with his facial creases.

I reserve the right to change my mind about the options available to me, but for the time being, my poz face remains the same. The important thing to remember is my inner strength and the love of my friends and family, no matter what changes my body goes through because of AIDS and the drugs. 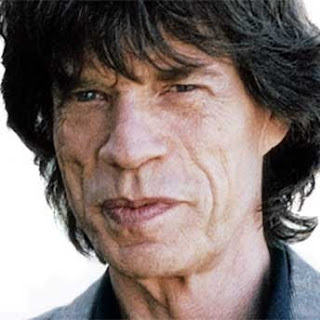 Posted by Unknown at 7:40 PM
Email ThisBlogThis!Share to TwitterShare to FacebookShare to Pinterest

Thank you for a very thoughtful piece.

For those readers interested in my article from 2003 on Lipodystrophy/Lipoatrophy and self-esteem, I offer the following link to my website:

I hope readers will find it helpful.

I first read this piece at, and was linked here through The Rude Pundit's site.

Having just gotten my 5th round of chemo today in my battle to CURE myself of Non Hodgkins Lymphoma, I was forced to check any remaining semblance of vanity at the door.

My condition, thankfully, is temporary. I get my 6th and final treatment in 3 weeks. I was lucky.

Well wishes your way and thanks for sharing your experience. Here's to real cures, sooner than later.

this came via email:

This a great piece, Michael. Takes guts to be so honest. As a transgender person dealing with what I recognize to be totally different and in some ways less serious body issues, but nonetheless also in some ways related issues of having a body deemed different or strange, I found this very inspiring.

Kudos for you Michael.
Glad to hear this from a self-respect poz person (and not in a kinky way).

I can't agree with what you've said.
It's a cliche but I have to say. You are beautiful.

Thanks for the courage and the humor, Michael.

You are a beautiful person.

this note comes from my pal craig brownstein, back in DC. THANKS craig:

You are as handsome, charming, irritating and provocative as ever! Please keep it up! All the best from the Capital of the Eroding Empire. Hugs. Craig

Came here from Andrew's blog because I was puzzled. I don't currently know anyone living with AIDS and had never heard the term "poz face." What puzzled me--and still does--is that your face looks perfectly normal to me, a good, strong, attractive face. Of course, I don't know what your face would be like without the medicines. But you look fine to me; just thought I'd say so.

Go Michael! Show us all how we live and should live with this desease! 25 years poz n going strong...(check my profile out on Poz.com Lontimesurvivor) XOXO Sid