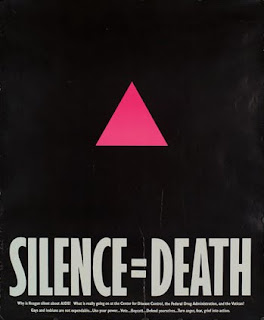 (Back by popular demand.)
The last time I checked how many AIDS Inc orgs in San Francisco were receiving either Ryan White CARE Act or CDC prevention dollars, the number was at 55. It's long been suggested that orgs here that overlap and provide redundant case management and other services, should merge to better service people with AIDS and those at-risk of infection.

And due to territorial orgs and egos, San Francisco has seen only one such merger, in 2006, when Continuum and Tenderloin AIDS Resource Center become a single entity. This was laudable, unfortunately, that merger didn't transform into a trend.

This week's Bay Windows reports that two Boston-area orgs are merging, which should generate chatter among AIDS lobbyists, PWAs, and activists, about more consolidations. Good of the paper to report on this, but I have to spank the writer and editor for omitting the voices of PWAs.

From the article, emphases mine:

"By merging, we have eliminated redundancies, reduced administrative expenses, and freed up resources for services," said John Gatto, Senior VP of Programs for AIDS Action and formerly the executive director of CCA, in a press release. "We’ve also responded to the wishes of public and private funders who want to see nonprofit organizations reduce administrative costs and leverage management talent."

Rebecca Haag, president and CEO of AAC, stressed that the merge does not mean that anything will be shut down or that any services will be discontinued. On the contrary, it will benefit members of the two organizations by offering them more services.

"It offers clients at each of the organizations new locations that exist within the broader network," said Haag. "They don’t have to reapply and they don’t have to fill out more paperwork. It’s all under one umbrella for them."

The organization’s short-term goal will be to provide stable, better service to clients -- even despite the recession. But after the first year, the organization wants to concentrate on its long-term goal: encouraging collaboration with other social justice organizations to combat the spread of the infection and to further help clients with HIV/AIDS.

Only executives, not identified as PWAs, were quoted, and that is not acceptable, for many reasons, starting with the focus of the merger and the story is on how this benefits the clients. C'mon, Bay Windows, find a few actual people living with HIV/AIDS to include in your story!
Posted by Unknown at 5:19 PM
Email ThisBlogThis!Share to TwitterShare to FacebookShare to Pinterest