Back in 2010, I blogged about the Southern Poverty Law Center have an off-shore bank account in the Cayman Islands. Thought it was odd a poverty-fighting nonprofit had so much money they need to bank it off-shore.

After the Panama Papers became news recently, I checked the latest IRS 990 filing for SPLC and saw that they not only have an account in the Cayman Islands but also in Bermuda. Is there any other poverty organization so awash in cash they need two off-shore accounts? 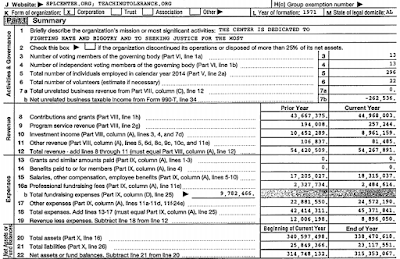 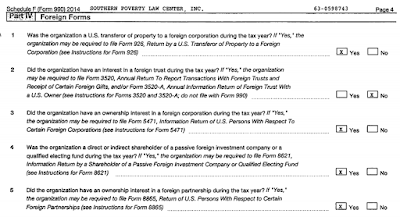 For four questions related to transfer of property to a foreign corporation or partnership with a foreign firm, SPLC marked the Yes boxes. 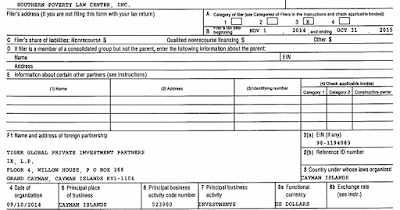 The Tiger Global Private Investment Partners based in the Cayman Islands is listed as one of SPLC's foreign partners last fiscal year.

SPLC transferred $960,000 to Tiger Global and I'm not sure what good that did to alleviate poverty in the South or anywhere in America. 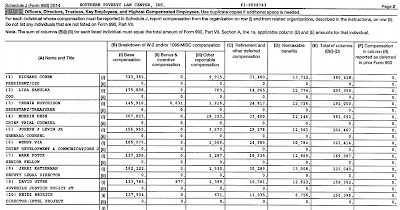 As in every previous IRS 990 filing, the robust six-figure salaries for the top executives reveal who's getting rich fighting poverty.

If Penny Weaver or anyone at the SPLC answers my questions about their two off-shore accounts, I'll amend this post.