My interest in currently incarcerated HIV positive persons in Arkansas' prisons convicted of violating the transmission criminalization statutes, signed into law by Gov. Bill Clinton in November 1989, grew after the Washington Blade published my column about Hillary Clinton's terrible HIV record as First Lady of Arkansas.

In response to a public records request to the Arkansas Department of Correction, I received a list containing twenty-one names of people presently serving sentences for HIV exposure crimes. 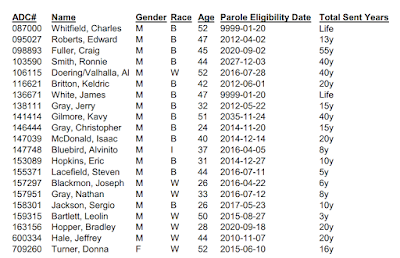 The overwhelming majority of such prisoners are black, with 13 African-American men among the 21 total, 7 are listed as white and 1 is Indian/Native American, while 20 are men and there is a single female.

Most of these prisoners were convicted solely of HIV transmission violations while others also broke rape and drug laws, and all of them deserve a second look at their HIV convictions.

"Reform outdated and stigmatizing HIV criminalization laws. Discrimination should never be enshrined in our laws. Hillary will work with advocates, HIV and AIDS organizations, Congress, and other stakeholders to review and reform outdated and stigmatizing federal HIV criminalization laws—and will call on states to do the same."

This is a good start but I am deeply concerned that she has not addressed her silence in the 1980s when Arkansas's HIV transmission laws were put on the books. What does she have to say about taking no actions while serving as the state's First Lady and dozens of poz folks were charged, convicted and incarcerated because of the laws?

Here's a July 2014 news account via law enforcement officials, of one of the prisoners behind his legal troubles. Based on the five counts against him, seems clear the cops over-charged and there's a pattern of entrapment by the police at the area where the suspect was arrested: 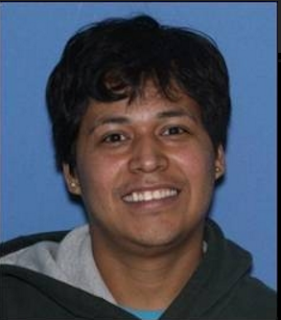 Alvinito Colina Bluebird, 35, pictured, was arrested at Fort Smith Park, 5301 Riverfront Drive, on suspicion of loitering, criminal trespass, resisting arrest and third-degree attempted escape after Fort Smith police conducted an undercover operation at the park, according to a police report.

About noon Wednesday, Bluebird allegedly met with an undercover detective in a wooded area of the park and agreed to engage in a sex act. [. . . ] Bluebird had been banned from all Fort Smith parks for previous convictions in similar arrests at the walking trail, the report states. A Fort Smith Police Department news release issued Thursday stated that Bluebird also will face an additional offense of attempting to knowingly expose a person to HIV.

Based on this very limited information, it appears the suspect didn't have actual sex and no transmission took place, yet he's in jail.

I have several outstanding FOIA requests with the Arkansas Department of Correction and the state Attorney General Leslie Rutledge for more information regarding present and past prisoners sentenced under Bill Clinton-approved HIV legislation. Once that information is provided to me, I'll share it.

Meanwhile, I would like Hillary Clinton address what she did as First Lady of Arkansas regarding AIDS and how she'll bring attention to examining these 21 HIV positive prisoners, and work to overturn transmission criminalization laws.

It's the least she can do to show her seriousness about HIV transmission statutes on the books of too many states.
Posted by Unknown at 2:16 PM
Email ThisBlogThis!Share to TwitterShare to FacebookShare to Pinterest