Gay RI Mayor Cicilline:
Silent on RI Bully Suicide
We are in the midst of a deadly, horrific silence and lack of action epidemic by too many Gay Inc leaders, Barack Obama appointees and Victory Fund-sponsored incumbent politicians. Click here to read about Houston's lesbian Mayor Annise Parker's muteness regarding the bullying death of Houston kid Asher Brown. 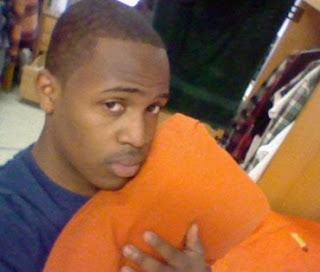 Raymond Chase
To compound Parker's silence, add to it the silence from Providence's gay Mayor David Cicilline, and U.S. Congressional candidate, over the death of openly gay sophomore Raymond Chase. At the time of suicide, Chase was attending Johnson and Wales University, located in Cicilline's backyard.

If you're not depressed enough already about the silence of White House gay liaison and former Victory Fund director Brian Bond and Mayor Parker, here's more bad news about gay leadership over the bullying tragedies. 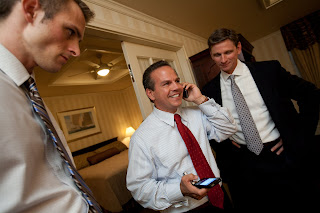 Cicilline, center, Victory Fund leader Chuck Wolfe, right.
Cicilline's official mayoral press relations page is devoid of anything on Chase's death. Over at his Congressional candidacy site, nothing on the death, but Cicilline says he'll support a federal bill, yawn, about safe schools. Someone should tell the candidate Congress ain't interested in protecting fags, and one more gay in the House won't address the bullying problem at the school-yard level. And if the candidate can't open his mouth before being elected on such a death in his hometown, I don't expect he'll do much better speaking out for us at the national level.

Simple Google searching turned up not a single statement from Cicilline on the Chase matter, with the exact results delivered from using the news and blog search engines. Where did Cicilline raise his voice in recent days about Chase's demise?

If you ask me, we have a serious problem, or few dozen, with the bill of goods we've been sold by the Victory Fund, at least two of their sponsored candidates, and Gay Inc leadership that led to the appointment, and continuing silence of Brian Bond and Kevin Jennings. (Okay, Jennings made a very small peep yesterday on a restricted listserv, but it doesn't being to make up for this year-plus of silence as the federal safe schools chief.

The next time Gay Inc comes around and says we need the public, or community members, or President Obama, or other elected officials, or celebrities, or anyone else to speak up about the outrageous bullying problem and the suicides in recent weeks, let's all be sure to ask about the silence of Jennings, Bond, Parker and Cicilline.
Posted by Unknown at 1:52 PM
Email ThisBlogThis!Share to TwitterShare to FacebookShare to Pinterest

Michael, I e-mailed the campaign about this issue and here's the response I got:

Thanks for your email. I am David's campaign manager. I wanted to let you know that while this is certainly a very important issue to this campaign, we decided that the most respectful way to proceed was not to politicize the issue so soon after the incident, and offend the grieving parties with public statements. I hope you understand, and again, this is a very important issue to David and the campaign.

Last month I made a modest donation to support the future Congressman. As a supporter, I would like to know why, in light of the recent five reported suicides of gay teens, I've been unable to see a comment from the campaign about how he will work to stop LGBT bullying, particuraly given that Raymond Chase, one of the teens, attended Johnson & Wales in Providence. Why has the campaign remained silent? Hopefully I'm mistaken and the future Congressman has already spoken on this topic. I do request a response to this inquiry.

If anyone has lost a loved one to suicide, including my stepbrother you understand the sensitivity towards the issue. While yes it would help to have leaders of the LGBT community take public stances, they do not need to be doing this while campaigning for higher positions in public office. I work on a campaign and I understand what the campaign is trying to say. They are trying to get David elected and if they make a statement they are using the situation to help earn him votes. If that is not the intention that can seem like the message. After Election Day when you are not trying to earn votes these certain individuals will be more than happy to prove their leadership. For now, those not running in an election and involved in organizations need to be doing the rallying.