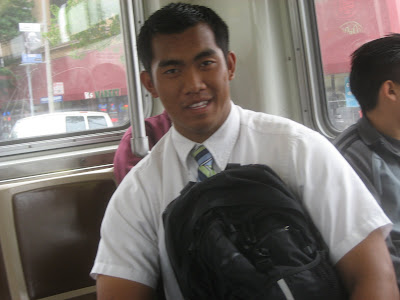 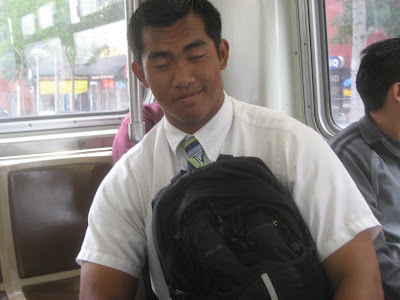 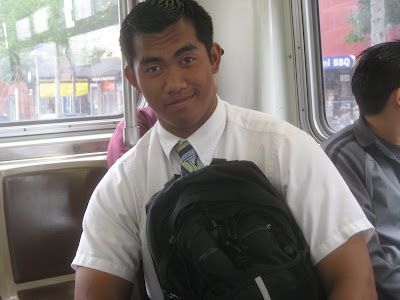 Deseret News:
Gays Empathize With Raided Mormons?
A columnist over the weekend in the Salt Lake City's Deseret News raised an interesting development in the raid on the Mormon polygamist compound in Texas - homosexuals, unnamed ones, are in empathy with the families that were raided. Why didn't someone from the gay community inform me of this? I had no inkling of this development, and I wonder if the writer is referring to gay Mormon's empathizing with the Texas polygamists.

Take note of the author erring about overturning sodomy laws because of the challenge to the Texas law. It was the Supreme Court that struck down the law.

It's ironic that the attack on polygamous sexual practices is taking place in the same state that recently struck down laws that attacked homosexual sexual practices (Lawrence v. Texas, 2003) . . .

Not only that, they started to get a measure of empathy from others, most notably gays, also pursuing alternative lifestyles and pushing for the legal freedom to do so (see Lawrence v. Texas above).

The real reason for this entry is that I wanted to share these photos of the latest handsome Mormon recruiter I had the pleasure of meeting recently on the 22 Fillmore Muni bus line.

Just like the masculine young Mormon man I ran into last year, photos here and here, I couldn't recruit this other Mormon to the gay lifestyle. But he did let me take a few snapshots, and he smiled when the flash lit up. This hunk, who is of Laotian heritage, told me his name, but I couldn't pronounce it much less remember it.

Why is the Mormon's always send such cute young men to recruit on the streets and buses of San Francisco? Why cares, as long as they let me keep taking their photos.
Posted by Unknown at 5:51 PM
Email ThisBlogThis!Share to TwitterShare to FacebookShare to Pinterest