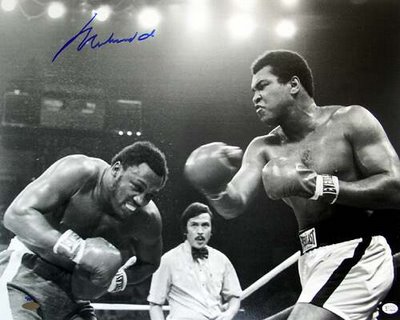 Dear Mr. Webb, I'm no psychic, but something tells me you're channeling the wishes and deepest desires of millions of people, not just in the USA, but around the planet.

From the November 29 edition of The Hill, emphasis added:

President Bush has pledged to work with the new Democratic majorities in Congress, but he has already gotten off on the wrong foot with Jim Webb, whose surprise victory over Sen. George Allen (R-Va.) tipped the Senate to the Democrats.

Webb, a decorated former Marine officer, hammered Allen and Bush over the unpopular war in Iraq while wearing his son’s old combat boots on the campaign trail. It seems the president may have some lingering resentment.

At a private reception held at the White House with newly elected lawmakers shortly after the election, Bush asked Webb how his son, a Marine lance corporal serving in Iraq, was doing.

Webb responded that he really wanted to see his son brought back home, said a person who heard about the exchange from Webb.

“I didn’t ask you that, I asked how he’s doing,” Bush retorted, according to the source.

Webb confessed that he was so angered by this that he was tempted to slug the commander-in-chief, reported the source, but of course didn’t. It’s safe to say, however, that Bush and Webb won’t be taking any overseas trips together anytime soon. [...]

Posted by Unknown at 9:23 AM
Email ThisBlogThis!Share to TwitterShare to FacebookShare to Pinterest