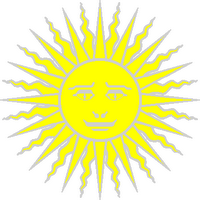 I didn't realize there were time limits on attending the questioning earmarks party, but I am finally there! ;-)

Seriously, I am grateful to Mr. Allison and his Sunlight Foundation web site for adding his voice to the small, but growing, chorus of government transparency and AIDS activists asking for some answers from Madame Speaker-elect Pelosi about a $1.5 million HIV/AIDS earmark for the San Francisco health department.

From the Sunlight Foundation:

Michael Petrelis may be a little late to the exposing earmarks party that we at Sunlight were part of last summer, but he asks exactly the kinds of thoughtful questions that any constituent, as part of his citizen oversight duties, should get answered from a representative in Congress. Petrelis is asking them of Rep. Nancy Pelosi, the soon-to-be House Speaker--it will be interesting to see how quickly, and thoroughly, she responds.

Posted by Unknown at 10:14 AM
Email ThisBlogThis!Share to TwitterShare to FacebookShare to Pinterest